Dancing in the street After appearing in a. 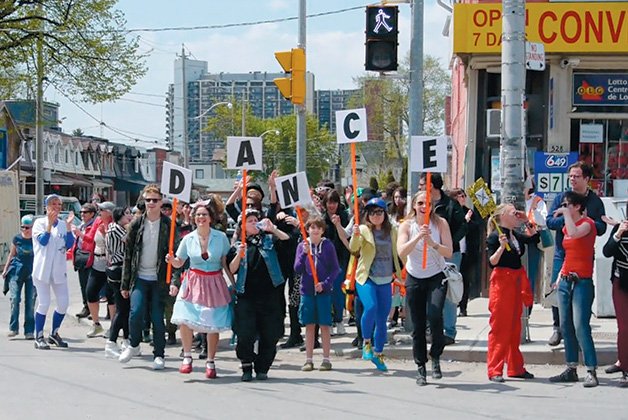 Dancing in the street

After appearing in a music video for Born Ruffians’ Oh Cecilia, Kathleen Byers – aka Toronto’s dancing crossing guard – was suspended from her post. Apparently, donning the police-issued ensemble outside of the job is a no-no. Byers was also in hot water for singing and dancing on the job, something that’s made her a neighbourhood favourite in Brockton Village for over a decade.

Unhappy with her unpaid suspension, Byers quit her job. But last Sunday, May 18, about 100 Torontonians joined her to dance in the street for her last hurrah. She’s since reconsidered leaving, hiring a lawyer to help her cause. As far as we’re concerned, the dancing queen should be reinstated ASAP.

Twenty-nine concertgoers were hospitalized on Saturday, May 17, during Swedish DJ/producer Avicii’s sold-out Rogers Centre show – so many that the venue’s on-site medics were overwhelmed and had to involve EMS. According to reports, 10 were taken to hospital before the progressive house DJ’s 11 pm set had even begun. An officer on duty said that number of incidents is unusual. The vast majority fell ill as a result of excessive alcohol consumption.