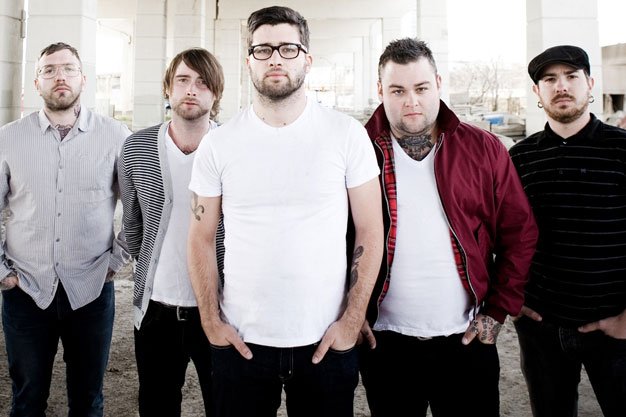 Blocks Recording Club, the Toronto DIY music collective that’s released over 70 albums, including Owen Pallett‘s 2006 Polaris Prize winner, He Poos Clouds, and ones by Fucked Up, Katie Stelmanis, the Phonemes and Les Mouches, is closing up shop after 12 years.

Started by Steve Kado and Mark McLean in 2003 as a cassette-only imprint, the label will mark the closure with a retrospective at Long Winter at the Great Hall on Friday (March 13). Blocks band Hank! will also perform.

A workers’ cooperative, it had a hard time finding new people to keep momentum going, and long-time members were ready to move on.

“A lot of the bands are not together any more. Most of the catalogue is no longer active,” board member John Caffrey told NOW. “You just have to go where the energy is or isn’t.”

The board has held its final AGM and the office has been shuttered. Caffrey added that Blocks is planning a proper blow-out concert in May or June, as well a commemorative publication. Whether or not the back catalogue, which has been pulled off iTunes, will be made available in the future has yet to be worked out.

Two design icons – the CN Tower and the Peter Saville cover design for Joy Division‘s 1979 album, Unknown Pleasures – are together at last and available in T-shirt form via winterzone.bigcartel.com.

The mainstream Canadian music industry will descend on Hamilton this weekend for the 2015 Juno Awards, broadcast on CTV from FirstOntario Centre on Sunday (March 15) at 7 pm.

The Weeknd, Deadmau5, Alanis Morissette, Kiesza and Magic! are performing, but if you can’t wait till Sunday for Juno-related content, fear not: there are other options to tide you over.

On Thursday (March 12), the Sheepdogs, Tokyo Police Club and Say Yes kick off the weekend with a charitable gig for MusiCounts at Liuna Station, which will be broadcast on SiriusXM at 6 pm on Saturday (March 14).

Also on Saturday at 6 pm, the gala dinner and awards will livestream via Junoawards.com. Alvvays, Dallas Smith and Daniel Lanois are among the performers, and Rush will receive the Allan Waters Humanitarian Award.

GIVE DRAKE THE KEYS TO THE CITY

Does Toronto-proud Drake deserve a key to the city? Organizers behind a petition to give one to the rap hometown hero believe so. According to the Facebook group Give Drake The Keys To The City, hosted by PointB Toronto, the thousand collected signatures would be presented to the mayor on Tuesday, March 10, at 11 am. But no one showed up except for a curious scribe or two. PointB co-founder Brett Chang said later that the stated event time was a way to encourage people to sign, but instead of actually delivering the petition, they’d bring the issue up as new business at the next council meeting.

St. Catharines post-hardcore group Alexisonfire are reforming to play a “limited engagement” of seven summer festival gigs, including the Toronto edition of Riot Fest on September 19 and 20. The news promptly sent CanRock fans into a tweeting frenzy, during which the Riot Fest website crashed.

The five-piece called it a day in 2011 and played a farewell tour a year later. Frontman Dallas Green left to concentrate on solo project City and Colour (and eventually team with pop star Pink under the moniker You+Me), and guitarist Wayne McNeil turned up as the singer of Gallows.