Plus: Mod Club loses its "Virgin"-ity 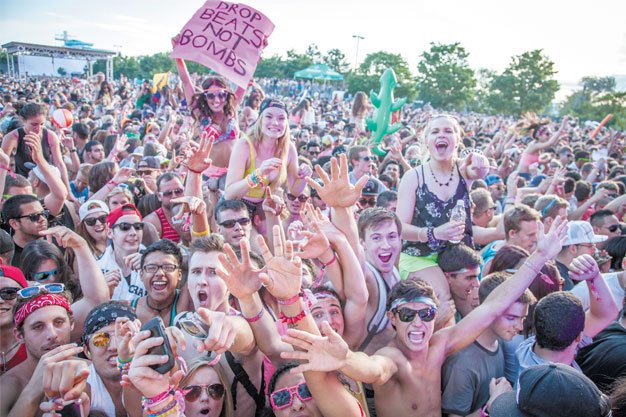 If you were planning to take advantage of early-bird ticket prices for this year’s Digital Dreams festival, take note that some big changes are happening behind the scenes. While the massive EDM party is still going by the same name, the original team of organizers and promoters who ran it for the last three years (Destiny, Balance, Uniq and the Capture Group) have been replaced by INK Entertainment, which formerly competed against the event with its annual Veld Festival.

It’s still unclear what’s happening with Electronic Nation Canada, the dance music division that Live Nation created to take advantage of the current EDM boom, but word on the street is that the original Digital Dreams team is no longer involved and will form a new company called Unified.

Some might argue that there isn’t a huge difference between Veld and Digital Dreams, but considering the historical role that Destiny’s Ryan Kruger has played in the scene for the last 20 years, cutting him out of the picture is a significant move.

Maybe you never got into the habit of saying “Virgin Mobile” in front of “Mod Club,” and now there’s no need to. The College Street live music venue has dropped the brand name. It’s also installed a one-of-a-kind Adamson P.A. that’s not even on the market yet – so if you thought that recent Jamie T show sounded divine, now you know why.

Scrambling to find a gift for the new wave fan who has everything? What about a 30th anniversary reissue of Mystery Walk, the 1984 album by Toronto’s Martha and the Muffins, who were then called M+M, and produced by Daniel Lanois and band members Martha Johnson and Mark Gane? The remastered album is now available on CD and comes with a 20-page booklet of liner notes, lyrics, photos and five bonus tracks from the same recording sessions. Contact muffinmusic@sympatico.ca for more info.