To Russia with pride

On the eve of the opening ceremonies. 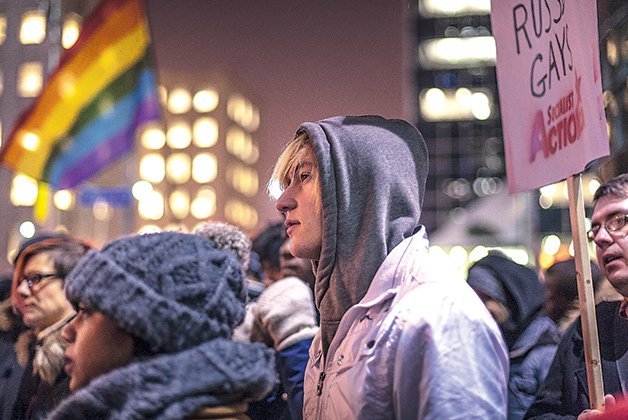 On the eve of the opening ceremonies in Sochi, Thursday (February 6), queer Olympic activists armed with rainbow flags broke into a chorus of Bob Marley’s One Love under the towering office building that houses the Russian Consulate at Bloor and Church.

This action, which coincided with protests around the globe in response to Russia’s new anti-gay laws, was also meant as a wake-up call to Toronto about the homophobia these laws have unleashed in Russia.

Here are some voices in the street.

“I came out to my family at 14 back in Russia. They promptly removed me from school and took me to a doctor to ‘cure’ me. I would like people to know about human rights in Russia because it will only get worse after the Olympics. Putin will continue the establishment of a totalitarian regime. When I arrived in Toronto, I went to a Russian Orthodox church. I had long hair and they told me I look gay. They said many bad things. I could not speak English well and had no friends. When Canadians see us beaten just for the fact that we are gay, how do they feel?”

Justin Romanov, a queer Russian youth who is planning to seek refugee status in Canada, has been studying here for four months.

“So many people are dismissing our anger and telling us to support the athletes. We’re lucky enough to have the freedom to use our voices in Canada. Where are the straight Russian Canadians in this city? We need straight people to use their ally card.” 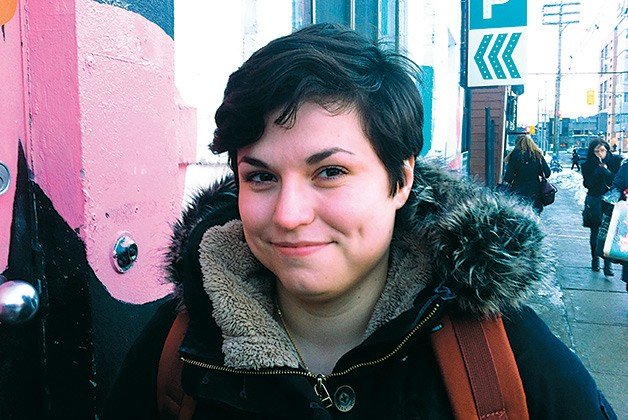 “I am angry. I am raging because 6,000 kilometres away, in my home country, people are told that their love is not valid, that their families are not valid and that their lifestyle is not appropriate for children.

“The anti-propaganda law is so intentionally vague that anything can be gay propaganda – any undesirable elements, people who don’t fit the Russian idea of normative. That could be art, movies, the internet. The comments coming from straight people in Russia are terrifying. There is a real possibility there will be further criminalization of LGBT people. Russia needs direct action to build a movement, but people are persecuted, so I don’t see that happening.” 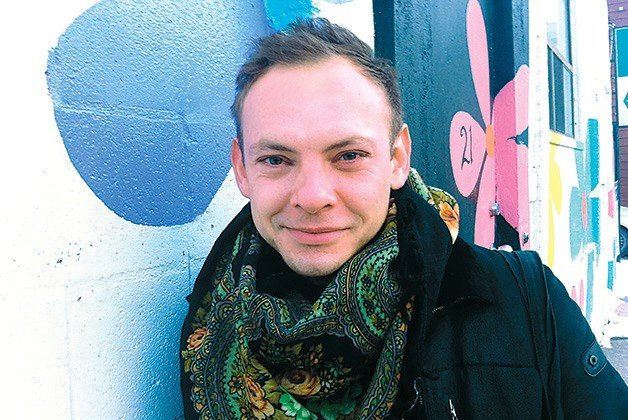 “The propaganda law is dangerous because it justifies doing horrible things, especially to young gay people. In Russia, they are looking for someone to blame for the country’s problems, and they decided gay people are the cause. It used to be Jews now it’s gay people.”

Yury Ruzhyev, a drag artist originally from Moscow who once performed at Sochi’s only gay club.