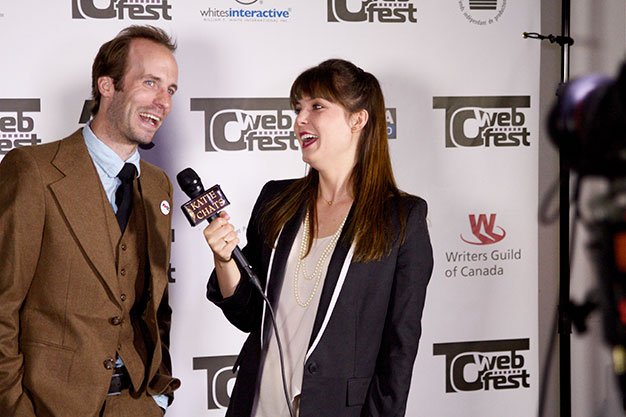 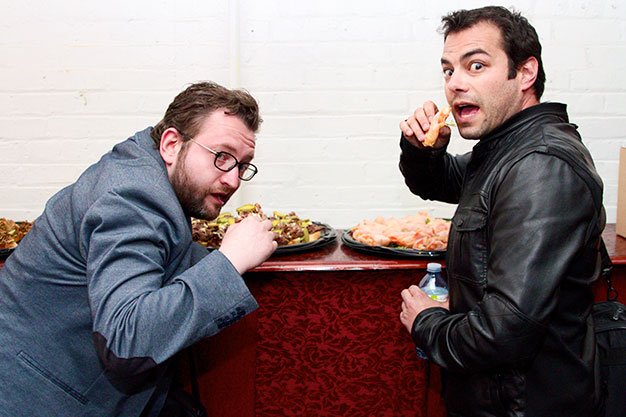 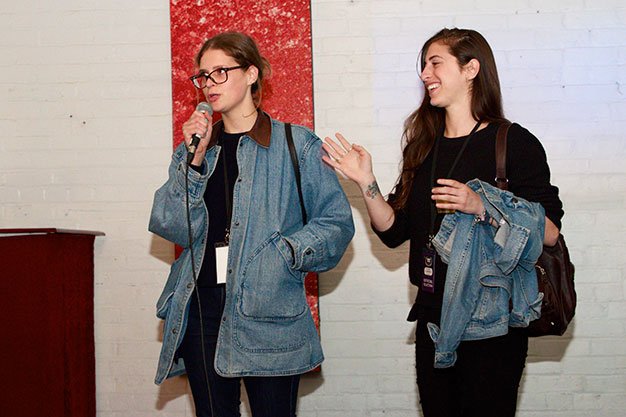 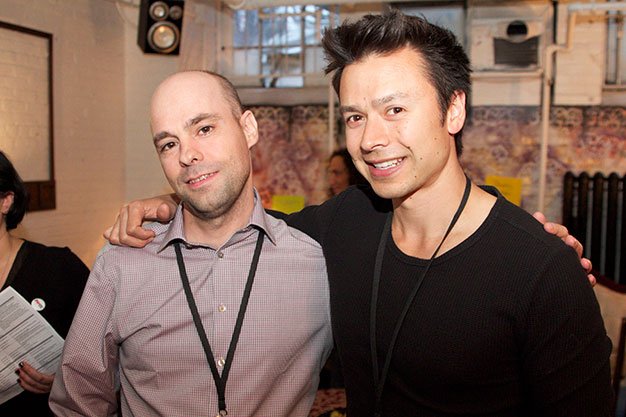 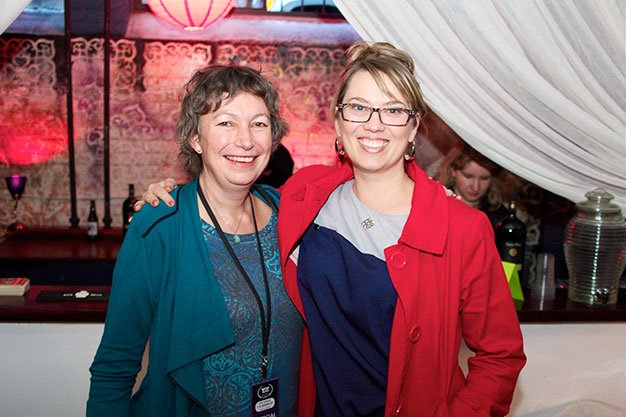 Bloor Hot Docs Theatre played host to the second annual T.O. Webfest last weekend, a three-day celebration of a burgeoning new media format: the web series. There were screenings, panels, workshops and awards, and the whole whirlwind was put together by the Independent Web Series Creators of Canada (IWCC), an organization that is itself only three years old. At last Friday’s opening night event, Canada’s top web series creators and stars gathered at Loft 404 on Adelaide to explain why their way is the way of the future.

“What’s the definition of a web series? I kind of like to say that there isn’t one,” says Torontonian Jason Leaver. He’s the creator of Out with Dad, a drama about a lesbian teenager coming out to her single father. With more than 25 million views, it’s Canada’s most-watched web series. Leaver says that many creators are drawn to the web for the freedom it promises, especially when compared to the constraints of television and film. Online, there is no set length for episodes, little censorship, and no need to sell a network on your idea.

“I never had to pitch my series to anyone,” says Leaver. “I didn’t want to ask permission to create it I just wanted to create it.”

So he did. The first season of the show was a labour of love made on a shoestring, but subsequent seasons have had six figure budgets, thanks to crowdfunding campaigns and other donations from fans.

Far from the homemade webcam aesthetics of past success stories like Toronto’s Nirvana the Band the Show, Out With Dad has the look of a well-produced after-school TV special, and this increase in production value can be seen across the board.

One of the reasons Canadian web shows are starting to look as good as television is because many now receive significant funding from the Independent Production Fund. Originally established in 1991 to provide support for TV shows made by independent Canadian producers, the IPF has been funding web series since 2010 and provided more than $1.5 million in web series funding in 2013.

“In terms of funding, Canada is cutting edge and the envy of the world,” says IWCC President Ash Catherwood. He says that nowhere else supports the medium like Canada, a fact evidenced by the large number of Canadian nominees and winners not only at T.O. Webfest, but at American awards events like the L.A. Web Series Festival.

T.O. Webfest features series from around the world, but some of the best are made right here in Toronto. Here are a few local ones to watch:

A well-written drama chronicling the coming of age and coming out of Rose, a teenage lesbian, and her relationship with her single dad.

Created by Second City alumnus and Toronto comedy superstar Naomi Sniekus and longtime casting director Stephanie Gorin, The Casting Room offers tongue-in-cheek tips on how to — and more importantly, how not to — audition.

It’s 10 years into the future, and video games have become so advanced that players learn real life skills — ninja skills — just by playing. A big hit at this year’s festival.

Live from the CenTre

A mockumentary-style series, this comedy pokes fun at the world of start-ups and social innovation. It was filmed in Toronto’s very own Centre for Social Innovation Annex, and the makers of the show are actually CSI members, so you know where they’re getting their material.