NowMagazineTo wheat or not to wheat?: The pasta guide

To wheat or not to wheat?: The pasta guide

Wheat gets a lot of flak for bloating bellies and triggering inflammation, but it does have some redeeming qualities. Genetically. 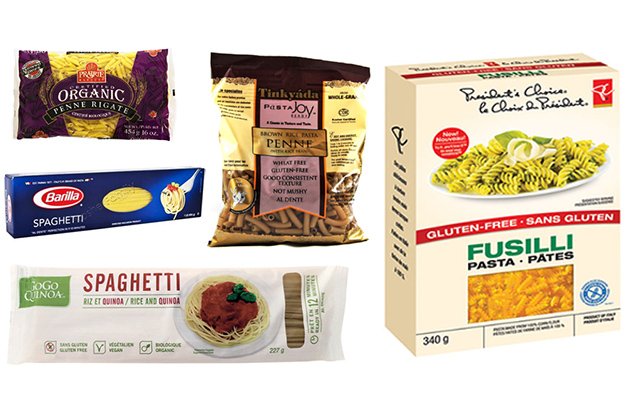 Wheat gets a lot of flak for bloating bellies and triggering inflammation, but it does have some redeeming qualities. Genetically modified wheat still isnt allowed on shelves (lets keep it that way), and a lot of big Canadian pasta brands like Catelli and Italpasta get much of their wheat pretty locally, from the Prairies. (Barilla uses a combination of North American and Italian wheats.) On the other hand, the monoculture mega-farms growing it tend to keep weeds down with herbicides like glyphosate-based Roundup made by GMO kingpin Monsanto. Enviros certainly arent fans, and contentious research out of MIT argues its this very pesticide thats triggered the rise of gluten intolerance. FYI, last years boycott of Barilla pasta quieted down after its CEO sort of apologized for saying hed never put a gay family in a Barilla ad.

Ive seen so many dodgy products with a gluten-free label, Ive stopped counting. Anything with conventional corn should raise an eyebrow, particularly if its made in North America, since corn sources here are largely genetically modified and too often grown from seeds treated with controversial neonic pesticides linked to bee deaths. So in this case, its a good thing that most gluten-free corn-based pastas on shelves (even Catellis, Italpastas and Barillas) are made in Italy. There, GMO corn is still prohibited, and three neonic pesticides are currently outlawed on flowering crops (not winter crops). However, other chems of concern like glyphosate are still common. Best to stick to certified organic corn pastas like San Zenone.

I love this smooth, chewy noodle, which lacks the grittiness of spelt or whole wheat pastas, and its gluten-free. Plus, these two brands are made in Toronto using American-grown non-GMO rice. Half their products are certified organic. Thats why its a shame that rice is getting burned yet again by findings that its heavy in trace arsenic. New research from the UK reveals that of 80 rice products tested there, 58 per cent exceed the eus proposed arsenic limits in rice for kids. Sadly, fibre-rich brown rice has higher levels than white. Tinkyadas own tests show its arsenic levels are 200 parts per billion below brown rice limits but twice the proposed EU childrens limits. North American health authorities say rice (or rice pasta) can safely be eaten in moderation. (Consumer Reports says two or three times a week for adults, one and a half times for kids.)

UPDATE (November 18, 2014): Consumer Reports has just released a new report and has concluded that rice cereal and rice pasta can have much more inorganic arsenica carcinogenthan their 2012 data showed. Says CR, “According to the results of our new tests, one serving of either could put kids over the maximum amount of rice we recommend they should have in a week.” It suggests kids should only have rice pasta meals once every two weeks, max. For more info on rice products, see consumerreports.org.

I was a little uncomfortable about buying quinoa after an expose revealed that poor Bolivian farm workers could no longer afford their super-nutritious native grain thanks to the global quinoa craze. The good news is that the main quinoa pasta brand in Canadian stores, GoGo Quinoa imports its noodles from fair trade sources in Bolivia. As well as being certified organic, its been heralded as a top-tasting gluten-free pasta, and id have to agree. Note: its blended with organic South American white rice flour. Tolerant Foods out of Chicago makes certified organic pastas with U.S. grown and imported lentils and black beans. Neither brand is local, but both are gluten-free. They do cost more, though.

Given wheats villainous status amongst the granola set, I keep my carnal love for a good bowl of white pasta on the down-low. Im now breaking my silence to big up Albertas Prairie Harvests certified organic wheat-based pastas (whether whole wheat, kamut branded under Artesian Acres packaging or, gasp, white). Theyre all Canadian-grown and mostly Canadian-milled (some of the wheat for the white pasta is milled just across the Alberta border in Montana). Others, like Felicetti organic wheat pastas, may have a Canada Organic seal, but theyre actually made in Italy. Gluten-free locavores will prefer Ontario-made Marias Noodles for offering a lot of Canadian-grown legume pastas. Theyre not organic, but Marias spelt and kamut ones are.