Tobias Jesso Jr. at the Drake 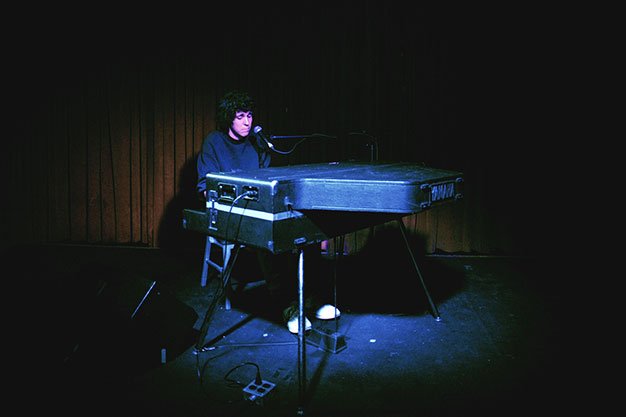 For someone the size of an NBA player, Tobias Jesso Jr. is anything but imposing. He’s got major presence, absolutely, but not a towering one. Instead, his ability to control a room lies with his “aw, shucks” charm, the kind of easy charisma that makes women swoon and men envious.

He summed up his shtick pretty succinctly when introducing the third song. “My ex-girlfriend is here with her new husband,” he said with a grin. “Excuse me while I write a song.”

It’s probably water under the bridge, but these songs are all heartbreakers. If not for Jesso Jr.’s humour, there would be a deep blue feel to his show. And while his voice isn’t perfect, it’s the perfect vessel for the quiet, reflective sort of pain that pulses through the songs on his Goon debut record. When he goes high during the poppy bliss of How Could You Babe, his voice almost cracks, and there is a moment when you can feel all the weight of his hurt for one knife-twisting second.

Jesso Jr. is more than able to put on a show all by himself. The entirety of his 45-minute set at the Drake had a casual house party atmosphere. A big, cinematic quality of the music was lost due to his being by his lonesome onstage, but the songs can be so crushing and lonely that, despite the missing dynamics, the minimal delivery still worked on a deeper, personal level.

There was no encore, but none was necessary. Ending with a delicate cover of Big Star’s beautiful Thirteen and the centre piece of Goon, the sprawling Hollywood, complete with a goofy, mouthed horn solo that got big laughs and bigger applause, his message was clear: no matter how bad things get, you can’t take life too seriously.