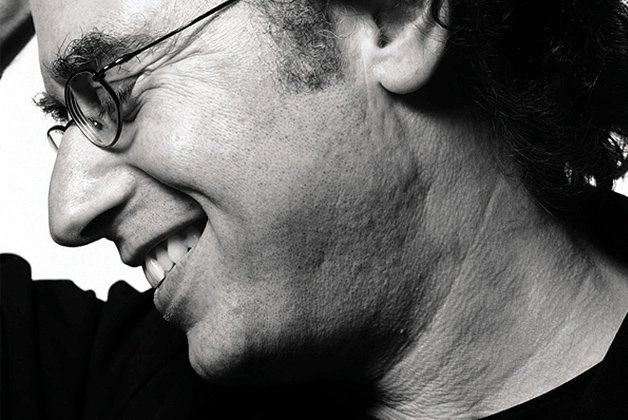 When composer/MIT professor Tod Machover accepted a commission from the Toronto Symphony Orchestra’s New Creations festival, he set out to answer one ostensibly simple question: what does Toronto sound like?

The 59-year-old is no stranger to ambitious projects. His development of hyper-instruments (technologically assisted acoustics) and his innovative compositions have earned him accolades from all over the world, including a Pulitzer Prize nomination in 2012. But when A Toronto Symphony: Concerto For Composer And City debuts Saturday at Roy Thomson Hall, it will be the product of a 15-month collaboration with over 10,000 local citizens.

“I wanted to capture the personality of the city – its internationality and immense sense of complexity and order – which meant involving people in a way where they could get invested in it and feel like it was their piece as well as mine,” says Machover, whose wide eyes and careful pauses make it seem like he’s perpetually delivering a TED Talk. “I’m used to big projects, but this one turned out to be huge.”

At first he sought contributions online using Skype, Twitter and apps that he created. But Machover discovered that all the responses were coming from people connected to the orchestra. He wanted something more wide-ranging and representative than just a “crowdsource.”

So he broadened his scope, requesting field recordings from around the city. He received sounds of buskers, scramble crossings, skate parks and espressos being pulled at Sam James (some of which the orchestra reinterprets on acoustic instruments). Then he went into schools, letting children write music using Hyperscore, software developed at MIT’s “anti-disciplinary” Media Lab that lets people at any skill level compose.

That’s just one sliver of the final work, which encompasses a spectrum of ethnic groups, neighbourhoods and genres and will be accompanied by a “visual score” synched to the CN Tower’s light display. It’s part of a new forward-thinking tendency in classical music to open itself up to younger audiences and remove the barriers of dress codes, concert halls and fixed canons of centuries-old standards.

Cross-pollination with rock music by composers like Nico Muhly, Radiohead’s Jonny Greenwood and Owen Pallett (whose new violin concerto has its North American premiere tonight, Thursday, March 7, as part of the same festival) has led some to classify the movement as “indie classical.” But for Machover it’s just one part of a bigger cultural shift: the blurring of boundaries between supposedly distinct senses, arts and disciplines.

“It’s not just about technology, but figuring out how the symphony can evolve into the 21st century,” he says. “The relationship between the public and artist, how we participate – I think all of that is going to change.”