NOW MagazineLifeWhen it comes to the Leap Manifesto, Mulcair in for a close shave

When it comes to the Leap Manifesto, Mulcair in for a close shave

His rhetoric has shifted left, but will the NDP leader articulate a vision ambitious enough for a grassroots eager to make Naomi Klein and Avi Lewis's manifesto official party policy at its weekend convention? 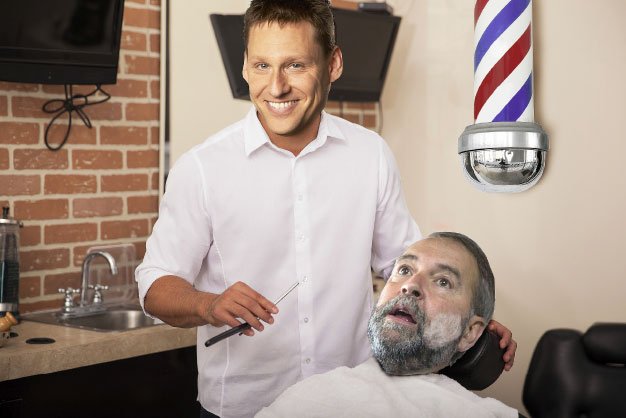 Leap Manifesto co-author Avi Lewis has been stickhandling questions about his own leadership aspirations in lead-up to Edmonton confab.

It’s not until near the end of the Thinking Big In A Time Of Climate Crisis town hall Tuesday, March 29, that moderator Avi Lewis jumps up to remind the 500 or so assembled in the auditorium at Bishop Marrocco/Thomas Merton Secondary School that the event is strictly non-partisan. That’s after Barry Weisleder, chair of the NDP’s Socialist Caucus, rises at the front of the room to encourage everyone present to email their MPs to adopt the Leap Manifesto as policy at the NDP convention, running April 8 to 10 in Edmonton. Lewis wasn’t the first among the organizers to stress the non-partisan nature of the event. Other speakers among the panelists did as well.

For the many NDPers in the room, there’s no denying that the manifesto appears to be just the ticket to allow the tattered federal party to renew itself as it grapples with questions about Thomas Mulcair’s leadership.

Lewis and his partner, author and activist Naomi Klein, along with enviro, labour, First Nations and social justice groups, launched the blueprint for a green economy in September, just before the federal election.

It was viewed back then by the mainstream press as a lefty bogeymen in Mulcair’s closet. Lewis has himself been stickhandling sensitive questions about his own political aspirations, which have only gotten louder with news that he will speak at the NDP convention, albeit on a panel on insider/outsider dynamics with former MP Libby Davies. He told the CBC on April 1 that Mulcair’s job “is the furthest thing from my mind at this point.” Lewis and Davies, along with former NDP MP Craig Scott, are also proposing a resolution calling for a discussion by riding associations, followed by adoption of the manifesto, at the party’s next convention in 2018.

Lewis may not be planning to spring a surprise from the convention floor this weekend, but it’s hard to ignore the many NDPers in the room, including the town hall’s co-host, NDP MPP Cheri DiNovo, who’ve been very vocal about the need for change at the top of the federal party and think its resurrection lies in the ideas contained in the manifesto. To date, 19 NDP riding associations have passed resolutions calling on the party to adopt the document as party policy.

DiNovo suspects Mulcair will survive as leader, but she tells NOW, “That’s no excuse to sit on our hands. We need to be focusing on regaining all of those activists we lost. They’re where the real energy of the party lies in the future. The Leap Manifesto is a vehicle to make that happen.”

In the lead-up to the convention, the New Dems have been grappling with some big-picture questions: Who are we? How did we bungle the election so badly? And what exactly is the playbook for change?

One thing’s clear from outgoing NDP president Rebecca Blaikie’s election debrief, released last week. The party has fallen “out of sync with Canadians’ desire for a dramatic break from the Harper decade.”

Blaikie and a chorus of NDP insiders agree that it’s time to walk away from the mushy middle that positioning let the Libs outflank Mulcair’s centre-hugging NDP during the election. Even Mulcair admits that “our commitment to balancing the budget overshadowed our social democratic economic vision.”

Yes, his rhetoric has started shifting left, but will the former Quebec Liberal cabinet minister who played footsies with the HarperCons before he decided to join the NDP deliver a vision ambitious enough to stir the party’s grassroots? A growing chorus say no, including Canadian Labour Congress president Hassan Yussuff, an original signatory to the Leap, who told the Globe this week that he doesn’t see Mulcair winning more than 60 per cent in Sunday’s leadership vote. Blaikie suggests Mulcair needs 70 per cent support to stay with any legitimacy.

Toronto-Danforth is one riding association that’s backing the Leap. Its MPP, Peter Tabuns, a co-host with DiNovo of the town hall, says, “The door is open in North America to a much bigger debate on income inequality,” not to mention the “profound and rapid change that will be needed to stabilize the climate.” Still, he’s unsure how much the manifesto might shift and shape Mulcair’s leadership.

Lewis says, “It’s clear that the Leap has really captured the imagination of a lot of grassroots NDPers.” And that “behind the leadership question, which is the really big drama of the convention, is whether the NDP should associate itself with the Leap Manifesto.”

During the election much of the mainstream press narrative characterizing the manifesto as a challenge from the left wing of the party, the proverbial knife in Mulcair’s back. But Lewis notes this weekend’s convention will be giving top billing to riding association resolutions championing the manifesto. “It’s clearly not seen by the party brass as some kind of weapon against the leader,” Lewis says.

The New Dems may not endorse whole hog a political platform “written by outsiders,” says Lewis. But “they should find a way to do their own version to take some ownership of it and to reconcile some thorny policy conundrums that it raises,” like taking a pass on all pipelines and ending support for fossil fuel infrastructure.

“There’s clearly a lot of radicalism in the electoral space right now,” says Lewis. Indeed, the rise of Labour Party leader Jeremy Corbyn in Britain and young voters “feeling the Bern,” so to speak, with Bernie Sanders south of the border are reference points for NDPers who say a bolder progressive agenda could catch on here.

University of Toronto political science prof Christopher Cochrane, author of Left And Right: The Small World Of Political Ideas, has been mapping the NDP’s sweet spot between its lefty roots as a social democratic party – back before the party voted to drop “socialism” from its constitution in 2013 – and its centrist 2015 campaign.

“The two conflicting pieces of evidence are that on the one hand the NDP’s success in Canadian politics corresponded with a gradual move toward the centre from the left,” says Cochrane, and on the other the fact that “centrist parties don’t win.”

Fly too close to the centre and they “leave themselves open to a real enthusiasm gap.

Whether Mulcair is leader or not, adds Cochrane, the NDP “has to do something to reclaim its identity as a progressive party. Otherwise, it’ll suffer the fate most people thought the Liberals were going to suffer: it will disappear into oblivion.”

Countdown to the NDP convention

Percentage, give or take, of delegates supporting him that NDP leader Thomas Mulcair needs to have a shot at remaining party leader.

Individuals and groups who’ve signed the Leap Manifesto, A Call For A Canada Based On Caring For The Earth And One Another.

Federal NDP riding associations who’ve endorsed the Leap Manifesto and say it should be party policy.