Tommy Chong hauls off on cannabis, nature, God and Trump

"It's not only a healing medicine. It’s a healing substance that’s as important as water or air.” 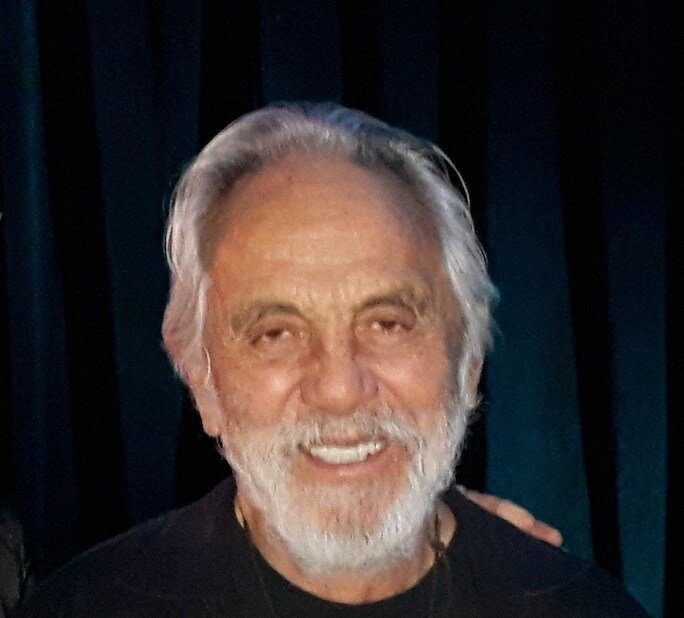 For thousands of years cannabis has served as medicine, a sacrament, muse and peace-making party favour. For Grammy-award winning comedian Tommy Chong, it has filled each of these roles and more. The Canadian-born artist and marijuana activist was in Hamilton on the campus of McMaster University November 25 for An Evening With Tommy Chong.

During a wide-ranging conversation backstage in the greenest of green rooms after the show, Chong shared his perspectives on cannabis culture, nature, spirituality, religion and the recent election of Donald Trump.

Part of the popular 70s pot-smoking comedy duo of Cheech and Chong, Chong’s A/K/A Tommy Chong, the 2009 documentary featuring Chong’s journey following the 2003 raid by a SWAT team at his California home, had its worldwide release earlier this year.

Charged for helping to finance and promote Chong Glass/Nice Dreams, the business he and his son Paris started in 1999, Chong served nine months at the Taft Correctional Institution in California. “I was in a dormitory with 250 men,” he says.

You’d think the 78-year-old’s desire to defend the plant and benefits it has to offer would have been snuffed out after losing nine months of freedom for selling bongs. Instead, Chong’s passion for the herb he holds sacred continues to grow.

“Cannabis really affects the brain, and it affects it in such a beautiful way,” says Chong. “It educates you. If you’ve never done it you are definitely changed after you do. It’s not only a healing medicine. It’s a healing substance that’s as important as water or air.”

While the economic and medicinal benefits of marijuana alone are reason enough for Canada to legalize it, Chong says the true power of the plant rests in its ability to heal people and the planet.

On the benefits of cannabis-inspired forgetfulness

Marijuana, says Chong, allows you to live fully in the moment. And that, he says, is when people realize who they really are and what they are destined to be.

“We’re here to observe because if there was nothing like a human to observe then all of this would be for not, do you know what I mean? The universe only exists when we realize it does and we see it individually. So that’s our job… to evolve and keep evolving. Right now we are at the very, very low end of the evolutionary scale when it comes to where we are going [as a civilization].”

On appreciating the natural world – and the profound beauty of trees

The connections cannabis has the potential to reveal are within and without us, says Chong. On a daily basis, he says, it teaches him about the interconnectedness of all things. Lately, he has been recognizing his connection to trees.

“Trees are really an extension of the universe of humans. They have the same sort of humanity as we do. They’re rooted in the earth and they communicate with other trees. There’s a whole network of communication going on.”

On seeing the universe through a spiritual lens

Acknowledging that we are all part of the same evolving universe while observing it in our own way, is an important part of one’s spiritual evolution, Chong says.

On the meaning of God

When people point in the air as if they are pointing to God or heaven, Chong believes they are really just pointing at space.

On Trump’s dubious rise to power

After being diagnosed with colorectal cancer in June 2015 Chong says he decided to name his colostomy bag after Trump since it reminded him of the soon-to-be president.

“I called it The Donald because it was always so full of shit. He’s lying to people that are lying to themselves.”

Drawing attention to the fact that Trump singlehandedly destroyed both the Republican Party and the Democratic Party, Chong suggests that Trump’s lies to the establishment and the people who elected him could in theory result in a positive outcome for the U.S. political system.

Chong believes the President-elect also put his skills as a narcissistic builder/developer to work to win.

“When you tear down a building you find the weakest spot and you attack that weak spot. If you hit the right spot the rest comes tumbling down. Trump used that talent against all of his opponents. He’d find their weak spot and just hit their weak spot until he tore them down, and he tore them all down.”