Too cool for school 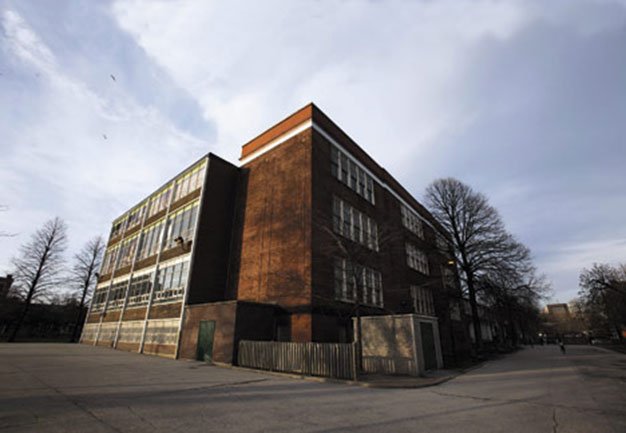 Here we are again. Eighteen years after the Mike Harris government rammed through Bill 160, creating the dysfunctional bureaucratic behemoth that we now know as the Toronto District School Board, the prospect of massive school closures looms large once again in Toronto.

None of this should come as a surprise because, despite some minor tweaking done by the current Liberal government, we’re still living with the Harris-era funding formula and education policy framework.

When that formula came into effect, the newly-created TDSB announced that to comply, 138 schools would have to close. Those closures didn’t happen because of the public outcry, forcing the Harris government to ease their funding requirements. Only this time it doesn’t look like the massive pushback is going to happen with the board to close what could be as many as 100 schools.

This was arguably a long-time coming. Thanks to two decades of underfunding, the government is facing a massive $3.5 billion capital repair backlog just to get TDSB schools up to basic safety standards.

Yet, rather than scrap the Harris-era funding formula, the Liberal government decided to simply look at closing schools, an intention they actually announced months ago in their Education Funding Consultation Guide. But that didn’t get much press.

Now, thanks to some recent conflict between TDSB staff and a number of trustees  – a conflict that, in part, is rooted in a lack of clarity that stems back to the Harris years around the role of trustees and board staff – the Wynne government has been handed a pretext for fast-tracking school closures. And is preventing trustees from resisting this agenda by threatening the board with direct takeover by the province if they do not submit by February 13 a three-year plan for 130 schools under 65 per cent capacity.

Despite the fact that the Ministry of Education, the TDSB, and local communities have been saying for years that they believe schools should serve as “community hubs,” the way in which the capacity of schools is calculated by the Ministry does not take this function into account.

For example, according to the list of schools under 65 per cent, John Polyani Collegiate Institute is only at 46 per cent capacity. But the building, which houses an adult program, is actually in full use. Adults attending community classes or preschoolers attending daycares housed in TDSB schools do not count for the purposes of determining use.

Capacity is based on the Harris-era funding formula. And while the statistics would seem to suggest empty classrooms, the method of calculating capacity actually includes measuring empty hallways, washrooms, closets, furnace rooms, offices, and so forth as if schools should be packed like emergency rooms during a flu epidemic.

None of this is to say that declining enrollment in Toronto has not been a problem. Skyrocketing housing prices have made it increasingly difficult for people to afford to raise families in the city. Schools that were built in neighbourhoods where people used to have three kids, and now maybe have one, will probably never see a return to their post-war enrollments. Some schools probably should be consolidated.

Yet the undermining of some neighbourhood schools has also been due to a policy of “optional attendance” that allows parents to shop around and no longer requires children to attend their local schools, a situation that has been exacerbated by an inflexible funding formula that often prevents schools from building programs that actually meet local needs.

Informally, consolidation has already been happening for years as parents have been abandoning their local schools so their kids can attend an out-of-catchment “academic” schools where the demographics tend to be richer and whiter.

The concern for those who believe schools should be community hubs is that once schools are closed, the board will be under tremendous pressure to sell them quickly rather than rent them out for local community use since that would still leave TDSB to deal with the escalating costs of repair and maintenance. The TDSB has, in fact, been quietly selling off properties for years – 66 since 2008 alone.

The role of schools as integral centres of their local communities has been replaced with a consumerist model that treats them merely as service providers.  As long as schools serve a municipal function yet are funded by the province, it’s unlikely we’ll see this change any time soon.

Jason Kunin is a Toronto-based teacher, writer and executive officer at-large with the Ontario Secondary School Teachers’ Federation, District 12. The opinions expressed here are not necessarily shared by his union.