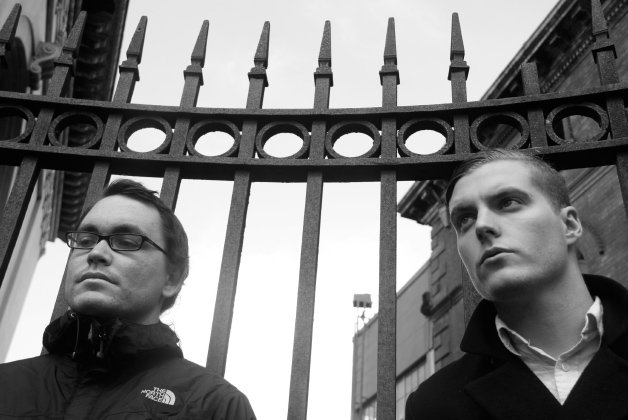 Among our top records this year? three canadian artists, two debuts, a pair of house music vets and a group of guys from san francisco who are challenging our ideas of what it means to be a metal band. these 10 albums made us laugh, cry and, most of all, hit repeat.

The album that forced a thousand conversations about 2013’s prevailing vibe of fucked-upness, Yeezus confidently dared listeners to empathize with paranoia, rage and self-doubt. Kanye West’s incendiary takes on classicism, racism and dating in your 30s is set to a soundtrack of clanging, abrasive bass lines that begs you to hate him, all the while maintaining the neuroses and 90s sitcom references fans have come to love.

The second album by Montreal/Toronto art-punk collective Yamantaka // Sonic Titan manages to expand their palette even further than on last year’s groundbreaking debut. Somehow, the band remains surprisingly accessible while also bringing the prog-metal-opera aspects closer to the foreground of their sound.

The San Francisco band makes good on the genre-pushing promise of their 2011 debut, Roads To Judah, with a record that challenges tired conceptions of black metal and bucks hardened notions of hard rock authenticity. From its flashy pink cover (a sneering “fuck you” to corpse-painted purists) to its triumphant crescendos, Sunbather’s equal parts provocation and revelation.

We already knew that Shad was one of the country’s most talented emcees (ever), but Flying Colours bolds and underlines the obvious. Altering his cadence for the most effective delivery, he encapsulates the Canadian immigrant experience (Fam Jam), painfully captures the realities of late Gen-X, early Gen-Y relationships (He Say She Say) and rips every dumbass who ever crossed him (Stylin’). To quote the man himself: If you want to see the best, watch.

There’s no way My Bloody Valentine’s long-delayed follow-up to their 1991 genre-defining shoegazer classic, Loveless, was going to change the world in the same way that its predecessor did, but it still manages the near-impossible feat of living up to that imposing legacy, as well as pushing their sound forward in new, exciting directions.

While most of the electronic dance music world was busy reviving motifs borrowed from the 90s, Daft Punk hit gold by looking back to the 70s and early 80s, reproducing the methods and philosophies behind the vintage records they love to sample. Plus, it’s nice to hear Pharrell’s voice all over the radio again.

On her third studio album, Toronto native Basia Bulat outclasses even the 2010 record that launched her, pushing the boundaries of folk toward poppy and eclectic. Her deft touch on the autoharp and ukulele, paired with her confident yet vulnerable vocals give Tall Tall Shadow a retro feel worthy of Joni Mitchell and 70s pop-rock. And when you thought the album couldn’t get any more achingly pretty, closer From Now On strikes with piano ballad perfection. Chills, chills, chills.

The debut album by the much-hyped London, UK, quartet Savages demonstrates that post-punk revival can still be exciting if the performers actually put real passion into it, and that the energy of an electrifying live band can be captured in the studio. A swaggering, squalling style that’s utterly distinct.

A seductive and engrossing album of luxuriously textured outsider soul music that proves beyond a shadow of a doubt that Dev Hynes’s talents would be wasted if he only focused on writing hit songs for other singers (not that he should stop doing that). An effortless but unpredictable experience: Hynes’s willowy falsetto drifts along gliding funk bass lines and reverby R&B beats.

Local promoter Dan Burke knew what was up when he enlisted Mikal Cronin in the coveted triple-header spot at NXNE. The San Francisco garage pop musician’s sophomore album – effortless melodies, acoustic breeziness, guitar crunch – fills you with so much feel-goodness that you immediately start the record over once it’s done. The sweaty, high-energy shows were just as memorable.