The Aga Khan - 2014's terrific addition to the art scene - scored big in a year when major museums and indie galleries shared kudos. 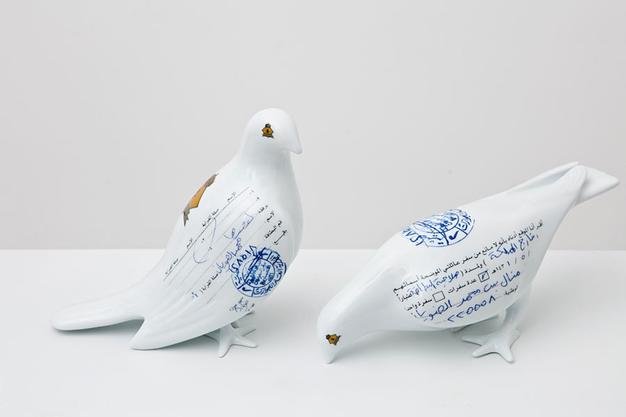 part of Home Ground at the Aga Khan.|Untitled painting by Jean-Michel Basquiat at the AGO.|Hubcap-Quilt

Manal Al Dowayan's Suspended Together, part of Home Ground at the Aga Khan.

This assumption-busting show at the wonderful new Islamic art museum comes from the Sharjah-based foundation of Sultan Sooud Al-Qassemi. Arab artists, most of them unfamiliar names in Canada, explore the loaded theme of homeland, providing an eye-opening education in recent Middle Eastern history, culture and diversity. Learn more about the art’s fascinating backstories on the foundation’s website and by googling artists like Manal Al Dowayan, Asim Abu Shaqra and Naji al-Ali.

You didn’t need a background in semiotics to be wowed by this video show paying tribute to the late Jamaican-born, UK-based cultural theorist Stuart Hall, co-curated by Mark Sealy (of 2013’s fine Human Rights Human Wrongs at the Ryerson Image Centre) and Gaëtane Verna. The centrepiece, John Akomfrah’s moving three-channel tribute to Hall, was complemented by thought-provoking film and video by Steve McQueen, Terry Adkins, Sven Augustijnen and Zineb Sedira focusing on colonialism and racism in Africa and North America. 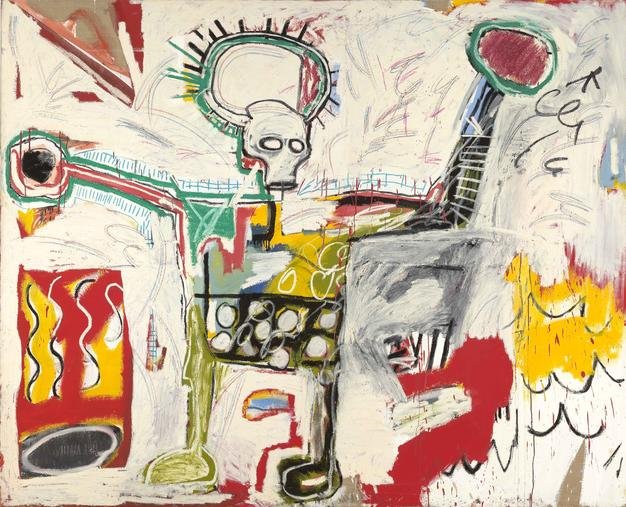 Untitled painting by Jean-Michel Basquiat at the AGO.

Art Gallery of Ontario, February 7 to May 10

Curated by Austria’s Dieter Buchhart, Canada’s first big Basquiat retrospective brought the American artist, who cut a swath through the New York art world before flaming out at 27 in 1988, vividly back to life. His powerful, intuitive paintings on salvaged surfaces remain shockingly original, and subjects like police shootings and the devaluation of black lives are still painfully timely. This one wins out over the AGO’s also excellent but less provocative J.M.W. Turner show. 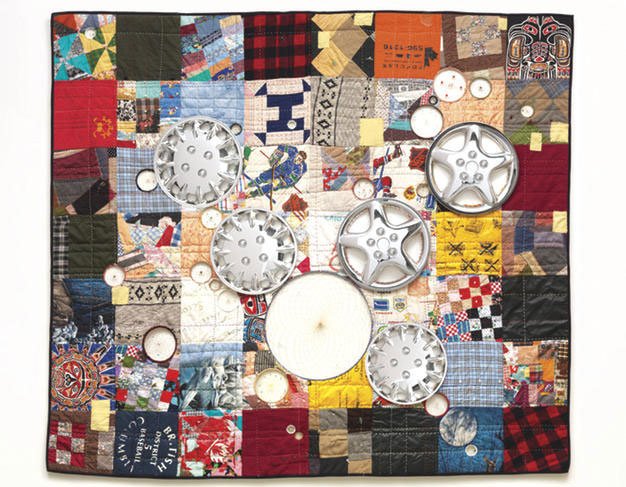 Hubcap-Quilt, by Douglas Coupland, at MOCCA.

Diffident, glib and not entirely friendly, Coupland gave Toronto his take on Canadiana in this collection of kitsch that includes plenty of plywood and plaid. Hockey masks, cans of spam and packages of whale meat lined the shelves, while his slogans for the 21st century lined the walls. The message: we’re sinking into a digitized, flattened world where everything seems accessible, but we still can’t be bothered to reach out for it.

This show of Beijing’s up-and-coming painters at the now defunct O’Born Contemporary showed us that a kind of magical realism is creeping into Chinese art. You got a strong sense of things that can’t be said outright being communicated through uneasy symbols like a giant disco ball planted at the top of a waterfall. Even for those who couldn’t understand the Mandarin-based visual puns, the paintings spoke loudly and intriguingly.

6. John Marriott: I’ll Be Your Mirror

Marriott’s conceptual sculpture specializes in a sort of understated humour that grows out of contrasts. Take his orange tractor shovel set on spindly, mid-century-modern legs or his romantic metal busts with emoticon faces. These juxtaposed references to language, art history and material culture disoriented us just enough to see the world afresh with bemused, wary eyes. 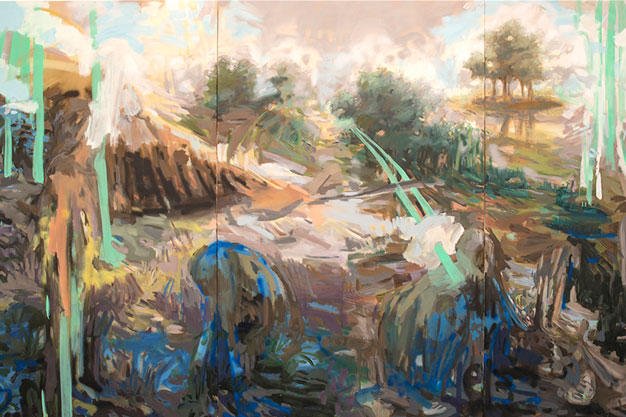 The surprisingly young Tooth wowed gallery-goers with her vigorous, innovative take on semi-abstract landscape painting. Blending real elements and others lodged only in her memory and deploying lush hints of colour, she proved herself an artist with solid chops while discovering new visual territory. Her wall-sized Earth & Air was one of the great landscapes of 2015.

8. The Flesh Of The World

Among the many worthy cultural events that this summer’s Pan Am/Parapan Am Games brought to the city, this group show curated by Amanda Cachia, an Australian expert on art and disability, was one of the most mind-bending and radical. Combining participatory installations, performances, videos and more by Canadian and international artists who work with medical conditions and push the limits of human physicality, it opened up an important art-world conversation on what Cachia and other disability theorists call “complex embodiment.” 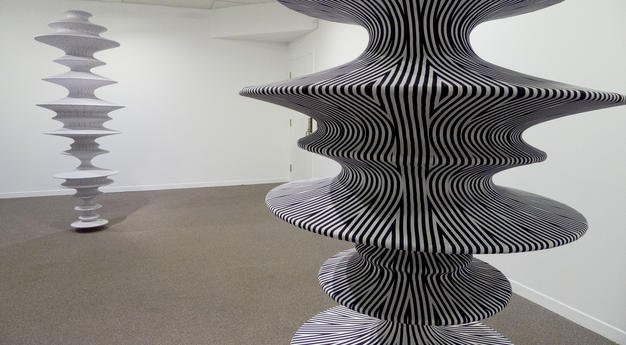 Quick Turns, by Lyn Carter, at the Textile Museum.

You still have three months to check out Carter’s elegant fabric-based sculptures. Designed specifically for the Textile Museum’s galleries, her cloth-skinned, black-and-white-striped structures riff on rural landscapes and buildings, fairground tents and other architectural and decorative forms, making contemporary statements alongside traditional, colourful striped pieces from the museum’s collection. Let’s hope this marks the beginning of a greater presence in Toronto for this innovative, media-blending Ontario-based artist.

In four videos set in stark environments, the British/Spanish artist filmed people performing expressive, slowed-down gestures: women enacting the pain of exile and migration with dancerly movements on a Chilean salt flat soldiers rehearsing primal hand-to-hand combat on a Normandy beach a Muslim, Christian and Jew running through their strikingly similar ritualized prayers in the Judean Desert. Her work manages to convey both a poetic universality and a politically astute topicality.