Sound and light were major themes in many of the best shows of 2013. But political passion was the driving. 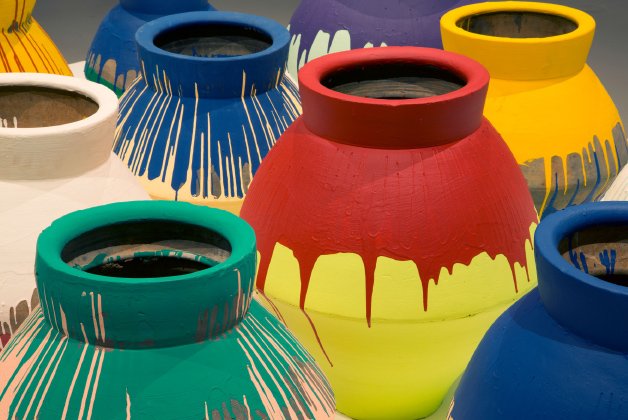 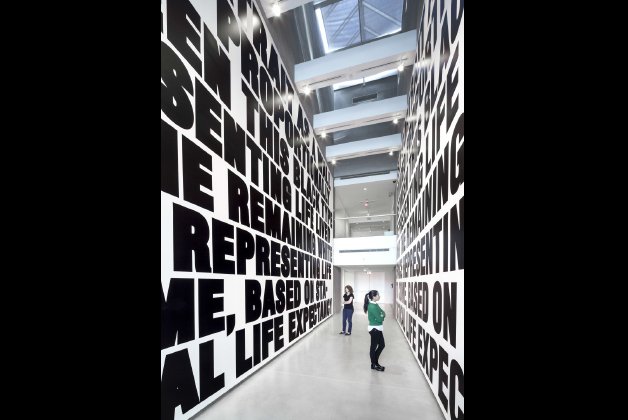 Sound and light were major themes in many of the best shows of 2013. But political passion was the driving force behind the year’s top exhibition.

Lost In The Memory Palace offered a rare chance to experience seven of the Canadian duo’s dramatic, mind-bending installations (usually shown alone), ranging from their first eccentric collaboration to settings for various dark personae and a thunderstorm in a shack. Their inventive use of spatially oriented sound and animatronics is unlike anything else in the art world.

For one of RIC’s most thought-provoking and moving Black Star Collection exhibits, UK curator Mark Sealy turned a critical eye on this gold mine of 20th-century photojournalism, exposing biased modes of media representation in photos of post-World War II liberation struggles and the U.S. civil rights movement.

Lexier expresses vexing existential dilemmas in a coolly understated way, condensing reams of printed philosophical paradoxes into compact visual statements that are no less profound for being succinct. The vast curiosity and restless intelligence behind them are felt at every turn. The enormous curatorial project running alongside his solo show brings 101 local artists and collectives together in the city’s greatest collaborative art project in decades.

From the indescribable Sex Blob and the Mugwump cozying up to the bar to models of the original Brundlefly and some truly terrifying gynecological instruments, the hefty Evolution retrospective shows how much mind-bending, paradigm-shifting cinema has come from Canada’s outstanding auteur. Cronenberg has forever mutated the direction and language of cinema. Long live the new flesh.

Toronto artist Angelucci combined her interest in photography as memory with research into endangered species for Provenance Unknown, a haunting multimedia show of Victorian portraits whose subjects have morphed into bird-human hybrids, along with a video animating a 19th-century group photo, a choral work and one of the ROM’s antique animal specimen vitrines.

Nizam’s sculptures addressed an age-old paradox put forth in Plato’s Republic: while light makes all things visible, it remains invisible in and of itself. Nizam used smoke, refraction and a light source to create ideal geometric forms that he photographed in all of their temporary perfection. His Pyramid, set up in the Allen Lambert Galleria for Contact, was a miracle of light made visible.

This fine overview of the iconic sculptor’s work included her early Personages, fragile wooden staff-shaped uprights, and her final work, 2008’s The Last Climb, a cage-like room from which a spiral staircase offers escape. Despite friendships with artists in France and New York and recognition that only came late in life, Bourgeois pursued her own creative path, an inspiration to us all.