1. FATES AND FURIESby Lauren Groff (Riverhead)Groffs story of a marriage told in two parts, one from the point of. 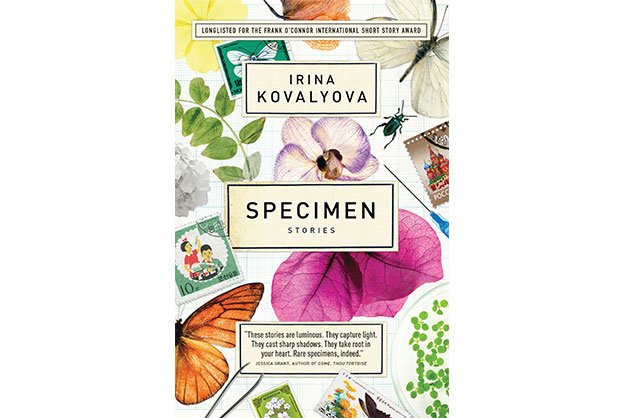 Groffs story of a marriage told in two parts, one from the point of view of a playwright husband, the other from his adoring wifes, is a coup in terms of craft every detail matters and character development, while musing on the nature of ego and art. Jaw-droppingly good.

2. THE FIRST COLLECTION OF CRITICISM BY A LIVING FEMALE ROCK CRITIC

Former Pitchfork senior editor Hopper deploys meticulous metaphors and elegant phrasing to bring music to life in this exceptional collection tackling everything from the industry economy to the male gaze. The best rock music criticism Ive ever read by anyone.

3. BETWEEN THE WORLD AND ME

Coatess National Book Award winner, written in free-flowing prose fuelled by insight and outrage as a letter to his young son, describes growing up black in America, dismantles the American Dream and describes how poetry, then journalism, changed his life. Beautiful.

Tapping her experience as a molecular biologist, Kovalyovas stories tackle everything from a doctors zeal for administering Botox to 10 Communist students on a cultural exchange to the West, while employing stylistic innovations that never get in the way of the tales emotions. The best debut of 2015.

Atwoods done it again another dystopian novel. This time a couple abandon their living quarters (their car) to join a (very) controlled but affluent community. A superb combo of horror and hilarity.

Schofields formally daring story of a pathetic sexual abuser is a triumph of tone. We never feel the need to turn away from Martins story, especially when it comes to his relationship with his mother, who knows everything of course.

Mining her passion for natural environments, Humphreys delicately ties together the stories of five characters primarily James, a birdwatching prisoner of war in a gorgeous Second World War tale that balances passion and melancholy.

by Adrian Tomine (Drawn and Quarterly

Graphic novelist Adrian Tomine expands his range considerably in this exquisite collection of stories, each with its own look and mood. Tomine can show you with the tilt of a characters head or blank stare what theyre not saying.

Smiths collection of eight short stories demonstrates his singular ability to write about shallow people and still make a deep impact. This is the writer whose craft made the biggest leap this year.

Hays expertly realized novel, set during the 1995 Quebec referendum, is a poignant portrait of a complex family dealing with loss and regret, riffing on a 10 year-olds question: Whats the worst thing youve ever done?