TOP FIVE written and directed by. 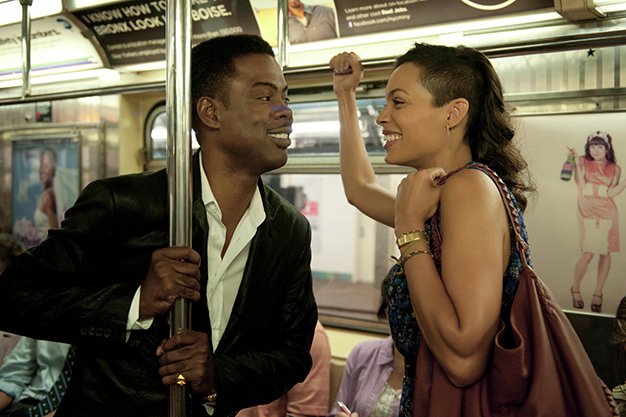 Chris Rock may not be a great filmmaker, but in Top Five, he’s made an intimate and insightful satire about show business.

He stars as recovering alcoholic Andre Allen, a comic-turned-movie-star who’s had a string of flops since going sober and trying to become a serious actor. The film takes place over one antic day, as Allen is tailed by a fetching New York Times journalist (Rosario Dawson) while promoting a movie and preparing for his highly publicized wedding to a reality television star (Gabrielle Union). Both the new flick and the nuptials have dubious prospects.

Rock uses his familiarity with the industry to goofy and hilarious ends, but as the day progresses he surprises us with an overwhelming sense of vulnerability and pain – a human side to celebrity that is often overlooked.