The days are getting longer but many of us still dont get enough sunlight. This can affect our sleep, energy. 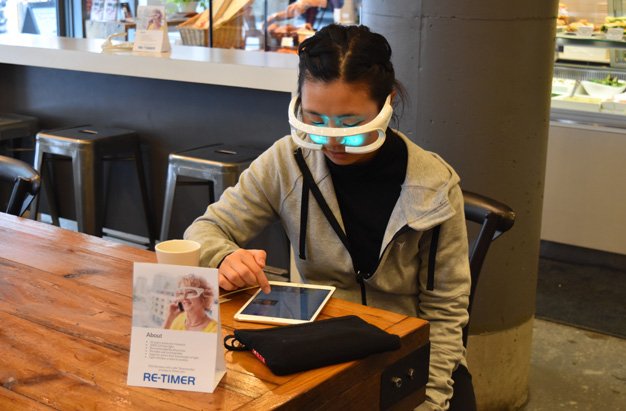 The days are getting longer but many of us still dont get enough sunlight. This can affect our sleep, energy levels and mood. Chalk it up to winter blues, but for some people, seasonal affective disorder can result in a rough few months.

One Toronto cafe is hoping to help people in need of a little more light. Brioche Doree will offer free light therapy at its King West location until the end of January.

Patrons have the option of using Re-Timer light therapy glasses for up to 15 minutes with each visit. The glasses, which were developed in Australia, use green-blue wavelengths to mimic outdoor light. According to Re-Timer, this has a positive effect on brain chemicals linked to mood.

Brioche Doree initially offered the light therapy glasses as a promotion on January 18, a day commonly referred to as Blue Monday and reported to be the most depressing day of the year. The positive response from patrons made the company decide to extend its offer to the end of the month.