Toronto concerts that gave NOW critics all the feels in 2016

When it came to live music, it was a year of bucket-list shows, arena spectacles and unexpected farewells 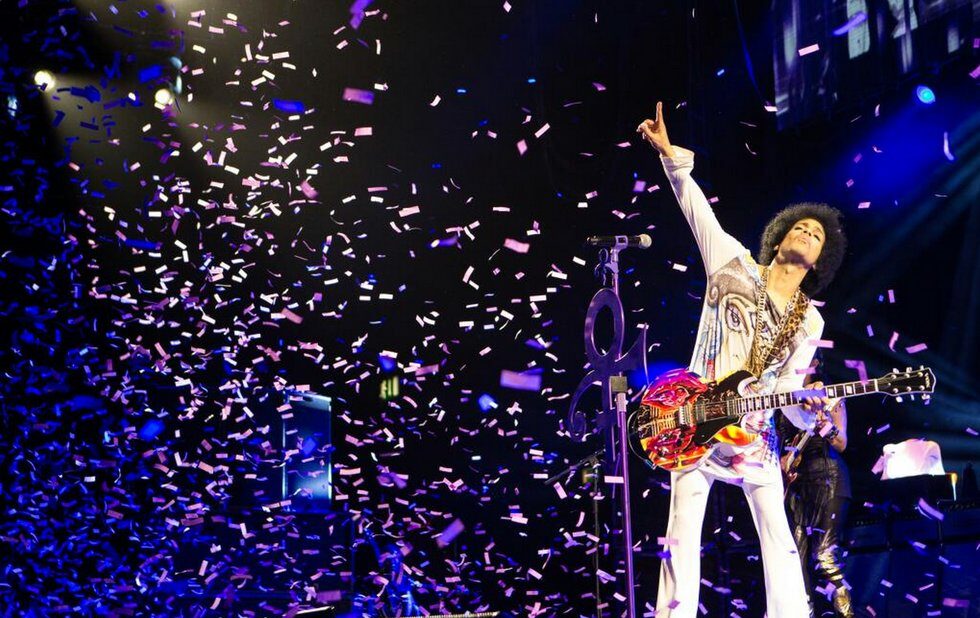 It was a big year for bucket-list concerts. Many artists visited Toronto for the first time in years or ever (Dolly Parton, the Cure, Michael Hurley), and we got tons of reunions (Bad Boy Family, Guns N’ Roses, Japandroids, Venom Inc., Wolf Parade), anniversary celebrations of classic albums (a trend that shows no sign of slowing down) and spectacles in arenas (Beyoncé, Mary J Blige, Sia, Justin Bieber, Bruce Springsteen, all those Tragically Hip shows). There was also a sense that, in a year that saw the loss of so many iconic figures, you’d best be forking over the dough for a ticket to Neil Young or Aretha Franklin next time they come through.

Here’s who gave NOW critics the most feels.

The first of two rare acoustic shows by Prince took a sombre turn into rueful heartache balladry, perhaps in response to the recent death of his former protege Vanity. Many fans were keen to hear him do deeper cuts, but when the funk icon launched into Purple Rain on solo piano, it felt like a privilege just to be in that room. The heaviness of that feeling – and the significance of his downtempo set list choices – only deepened after news of his death broke a month later.

Back in March I was pretty burnt out on live shows, but as it turns out, all I needed was a little spontaneity. The improv hip-hop/R&B showcase PRACTICE was exactly what I needed. There was no headliner, just a single band adding and swapping players over the course of the show, often while simultaneously working out an original song before our very eyes. Nothing compares to the sight and sounds of musicians listening, communicating and connecting with each other onstage.

Trinity St. Paul’s was the perfect venue for Hayden to build a cozy, basement-like atmosphere to celebrate the 20th anniversary of the torch songs on his debut album, Everything I Long For. It was intimate (just him and a guitar) and interactive (he hosted a Q&A and invited an audience member to play guitar), and he let his droll personality shine. Despite his refusal to play Bunkbed, out of embarrassment, the near-perfect night made us remember the time when these old songs of Hayden’s were our everything.

It was inspiring to see a true original like Michael Hurley, who played Toronto for the first time in his 50 years of making weird folk music. The 75-year-old’s tunes have a nursery-rhyme simplicity and vulnerability, but also odd time signatures and phrasings, colourful lyrics about hard times (and food) and melodies that swing upwards into yodelling or a mournful howl when you’re least expecting it. The show honestly made a person look forward to getting old after leading the richest, most nonconformist of lives. 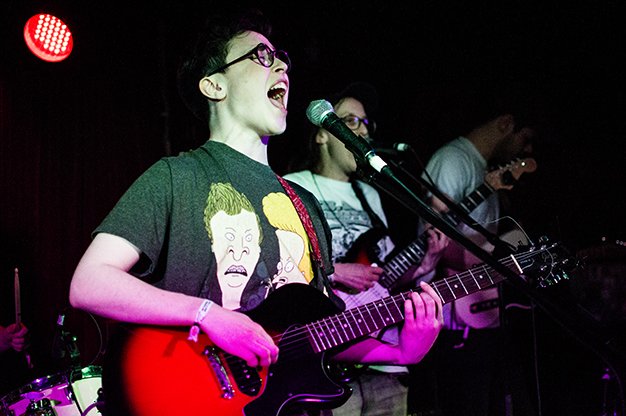 Singer/shredder Josée Caron’s gut-punching guitar squall almost knocked us out as Partner raged on the second of three nights at the Silver Dollar during CMW. Caron, rhythm guitarist Lucy Niles and a super-solid backing band blasted a wall-shaking set of 90s-indebted rock ’n’ roll complete with face-melting solos, unforgettable melodies and unhinged fun. For many, those shows started a love affair with the Maritimers that’s likely to last a while. They’re at the Dollar again January 6.

It was nostalgia overload at the Rogers Centre when Axl Rose, Duff McKagan, Slash and GNR long-timer Dizzy Reed took the stage for the Not In This Lifetime tour, delivering a ton of Appetite For Destruction classics, the best of the Use Your Illusion tunes, cover songs aplenty and just a touch of Chinese Democracy, thank you very much. It was loud, disorienting, emotional (Slash solos forever) and totally ruled. 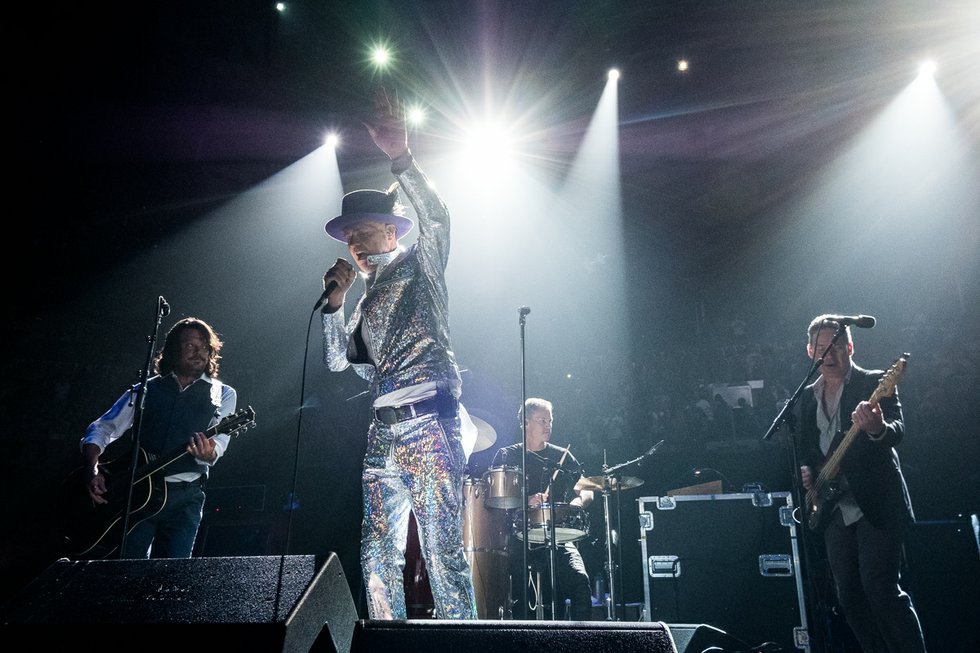 7. THE TRAGICALLY HIP at the Air Canada Centre, August 10.

At the first of their three ACC shows, Gord Downie, clad in a shimmering grey suit, was the man we were there to see – his diagnosis of terminal brain cancer has rendered Hip fans far and wide helpless. It was hard not to notice his pulling his mic away as he sang only faintly enough for us to hear, almost like he was weaning us off the drug we got hooked on. End or not (notably, he went on to play several solo shows later in the year), the ACC crowd was intent on celebrating the fuck out of what a ride it’s been.

Neko Case, k.d. lang and Laura Veirs’s wonderful but mellow debut album didn’t prepare us for what a powerhouse trio they would be live. Relaxed, casual and full of end-of-tour camaraderie, the songwriting “sister-wives” cracked each other up before, after and during songs. That didn’t detract from lang’s moody, smoky love ballads, a Helpless cover that earned a standing ovation, a revved-up lang on Case’s rocker Man and Veirs on the floor shredding in Georgia Stars. If it had been a competition for most captivating performer, lang would’ve won, but together they still outdid themselves.

To many, photos of Kanye West on his floating stage made him look like he’d put himself on a pedestal, but the vibe in the arena for his Saint Pablo tour was much different. Waves of energy coursed from the general admission floor up through the stands as everyone rapped and sang along with an intensity and abandon I haven’t witnessed at a stadium show in a long time. He made the crowd as much a focal point as himself, creating a powerful feeling of community much needed in a politically divisive year.

Rare is the artist who can make a 16,000-seat venue feel like a coffee house. The pitch-perfect country legend interspersed her considerable catalogue of hits with autobiographical storytelling that brought her rural Tennessee family’s tenacity in the face of poverty to bear on the performance. Through her impeccable professionalism, poise and humour, Dolly’s past came alive and poignantly intertwined with the present.

The experimental electronic music pioneer passed away a few weeks after this performance, which found the 84-year-old composer/musician continuing to push against the boundaries of sound. From her digitally enhanced accordion, she conjured otherworldly tones that careened around the room through a multiple-speaker system while she playfully improvised with her collaborators. One of the last performances of her impressively long career, it proved her appetite for innovation had not diminished. 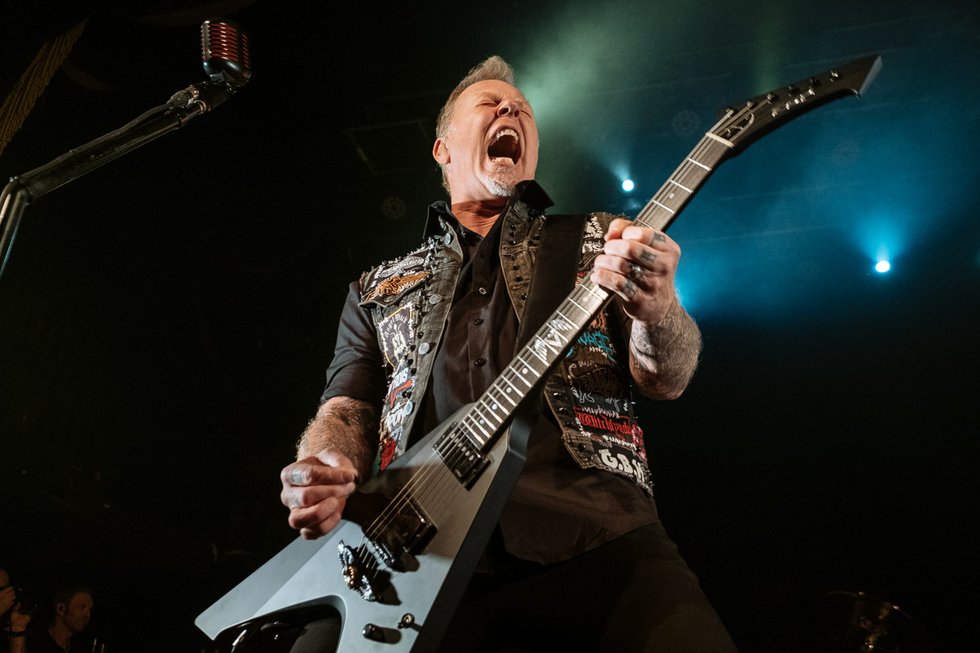 When was the last time Metallica regularly played shows at 1,000-person venues like the Opera House? The experience of seeing them there – packed in sardine-tight with fans howling, horns high, singing along and spilling beer – was transporting. The set was stacked with classics and a few of Hardwired… To Self Destruct’s better cuts, proving they can still play the sort of loud, heavy, fast, just-complex-enough metal that earned them their militia of fans and millions of dollars.