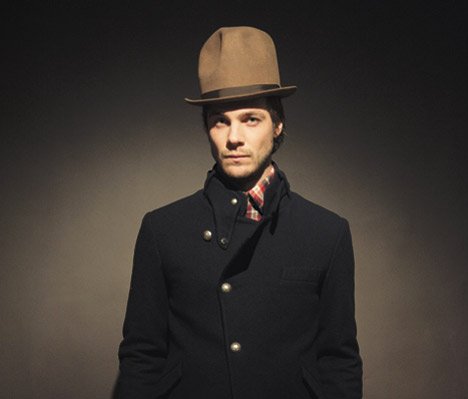 Our annual roundup of fashion newsmakers spotlights a clever designer collaboration, an eco beauty entrepreneur, Toronto’s most detail-oriented designer and more industry trendsetters. Here’s who’s changing style in the city and beyond.

“It’s what’s on the inside that counts” may not be the most fashionable of mantras, but it’s exactly the philosophy that drives Daniel Torjman, the designer behind menswear label 18 Waits (18waits.com).

“To me, the inside of a garment should be as well constructed and as detailed as the outside,” he says. “What makes something a truly special piece always lies in the details, and often times only the wearer knows they’re there.”

Signature 18 Waits Scout pants are a dapper example of Torjman’s concept. Pull a pair off the rack at Uncle Otis (26 Bellair, 416-920-2281) or The Future of Frances Watson (1390 Queen West, 416-531-8892) and watch how the sales staff eagerly show off the curved fly facing inspired by raincoat storm flaps before flipping the trousers inside out to reveal Japanese cotton pocket lining and perfectly bound seams.

See, substance can be stylish, too. 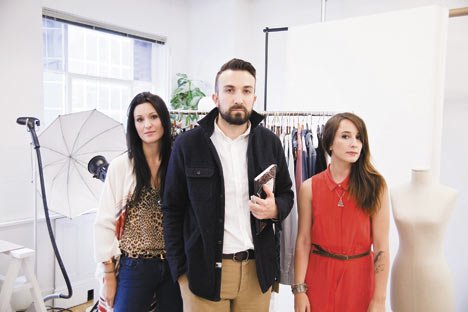 The Bay has done a lot to boost its fashion cred lately (see designer love-ins at The Room and a never ending series of launch events for its Topshop partnership), but the marketing idea that’s caught our attention most is HBC’s B-Insider.com blog.

Created and edited by the store’s social networking guru, former Fashion Television producer Christopher Sherman, it offers an often-updated mix of behind-the-scenes features, original fashion editorials and videos produced by some of the city’s most talented young style minds.

“The B Insider team is small but mighty,” says Sherman (pictured here with editorial director Kate Corbett and executive editor Colleen Henman). It’s standout members are a model-free cast of Torontonians who pose in everything from equestrian-inspired looks to autumn’s best coats. “The B Insider was created as a way to showcase the exciting new brands arriving daily at The Bay, but our other focus is to be an incubator of Canadian talent,” he says. 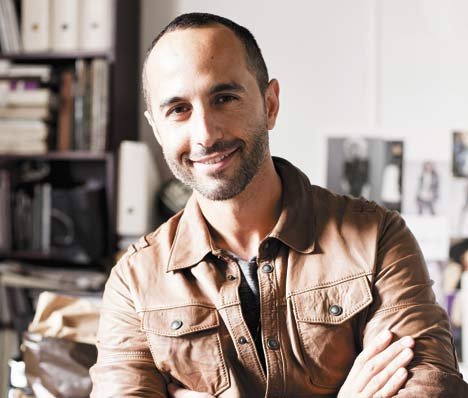 Calling Danier’s (danier.com) collaboration with George Antonopoulos (pictured) a pleasant surprise is a serious understatement. Slap-across-the-face revelation is a more apt description for Object, the collection of coats, dresses and separates the seasoned stylist conceptualized for the leather retailer.

“I’ve worked with a lot of clothing and accessories during my career” says Antonopoulos. “Designing this line, I discovered I’m a minimalist at heart. Clean graphic lines are what Object is all about.”

Standout pieces include a knit T-shirt with leather sleeves, oversized croc-embossed portfolios and a sharp trench with a silvery finish.

“I wanted to create a clean, understandable collection that you can wear over and over again and never get tired of,” he says.

Given that he’s more experienced putting together looks using pieces designed by others, Antonopoulos’s success in accomplishing his goal is a major achievenment. 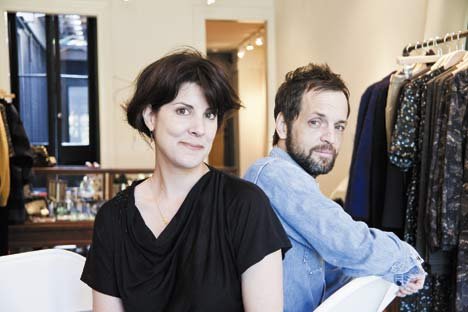 Designers dream of opening stores like hockey players fantasize about the Stanley Cup. Out with the ego-eviscerating trade show circuit, cheque-bouncing shops and impossible lead-time of the wholesale vacuum, and in with curating a boutique space that exactly represents how they see their brand. Cue the flood of customers and cleaned-out racks.

That’s the fantasy, but if you ask Mercy’s Jennifer Halchuk and Richard Lyle (pictured), the reality is even better. In late September, the pair launched Gaspard (913 Queen West, 416-546-7480, gaspardshop.com), a très français little spot across from Trinity Bellwoods Park that stocks their 30s-inspired dresses and separates in playful Liberty prints alongside Ascher London scarves, La Botte Gardiane boots and more new-to-T.O. labels.

“The energy from shoppers is amazing,” says Halchuk who’s been managing the store and just returned from Paris, where she was already re-ordering Iosselliani bracelets that drip with charms and precious stones. “It makes me want to work longer every day.”

That’s a good thing, because it looks like Gaspard is an instant retail hit. 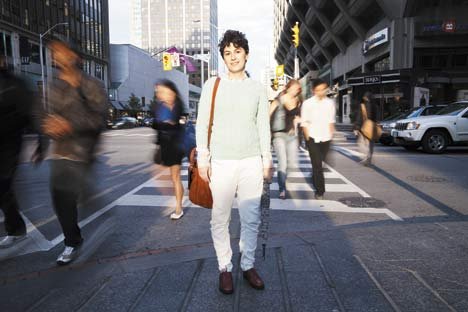 There’s no shortage of street style destinations online, but Mona Chammas (pictured) wanted to shake up the fashion blogosphere with her launch of TheGenteel.com in September. Sure, the site features lots of international outfit snaps, including the obligatory Anna Dello Russo post, but more megabytes are given over to brainy editorials on the business and culture behind design.

“The mix enables us to write about fashion from a multi-dimensional and thoughtful perspective,” says Chammas. Recent columns have traced the rise of collective retailing in Toronto and a renewed focus on craft in fashion. “Our Best Kept Secrets (where writers dish tips on shopping from the Annex to Hokkaido, Japan) and Street Style categories add levity and fun.”

The mix was inspired by Chammas’s favourite magazines, including Monocle and The Economist, so it’s not surprising that she’s already imagining interpreting The Genteel on the printed page. And on tablets, too, of course. 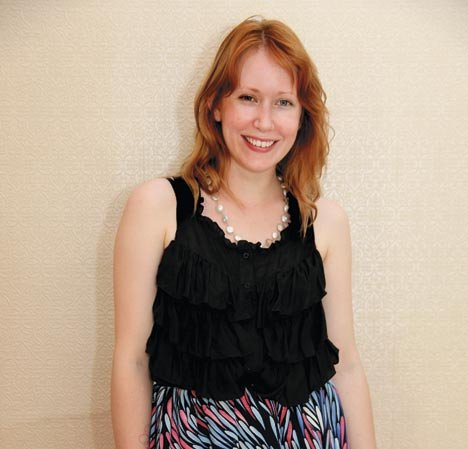 One of our favourite recent shop discoveries is Mirvish Village’s Pretty Beauty & Books (587 Markham, 905-580-0285, shoppretty.ca), and not just because the boutique makeup space has a playful, whimsical look that’s a clever counterpoint to the industrial antique retail aesthetic so popular around town. Andrea Victory’s store is trailblazing a natural beauty movement by proving that you don’t need to go granola when you go green with your cosmetic choices.

“People have started to look at some of the questionable ingredients that are in popular drugstore brands and are hungry for alternatives,” says Victory (pictured). “But we try not to lean on the scary side of things and instead aim to provide superior products that are healthy and fun.”

Some of her fall favourites are A Perfume Organic’s spicy vanilla fragrance and Scotch Naturals water-based polishes in rich jewel tones.

“It would be fantastic to see a move into things like eco eyelash glue or recycled-metal tweezers,” says Victory, describing natural beauty’s next frontier. “By now, clean and green should be the standard exceptional and innovative should be the goal.”