NOW MagazineLifeNew owner, new home for Fashion Week but will that be enough?

New owner, new home for Fashion Week but will that be enough?

When Toronto Fashion Week folded, plenty of industry folks myself included expressed relief and optimism mixed in with. 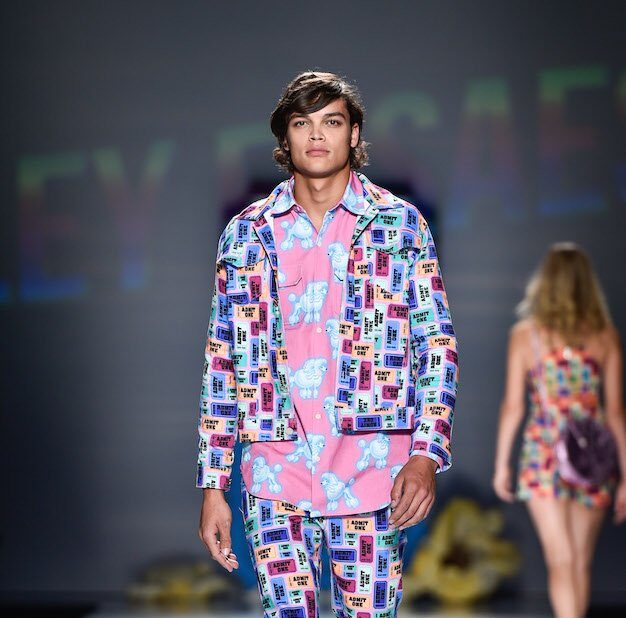 When Toronto Fashion Week folded, plenty of industry folks myself included expressed relief and optimism mixed in with the disappointment. Twice a year, we’d taken a week off from our regular lives to spend in the David Pecaut Square tent, shivered from the March winds cutting through our impractical outfits, been aggressively marketed to by sponsor brands in the “Fashion Environment”, paid $7 for an espresso, taken in runway shows in half-empty rooms, and waited for the seismic change that the industry needed, but never seemed to get.

Fashion week’s died about as many times as a soap opera villain, but somehow, it never stays down for long. On Monday morning, real estate mogul Peter Freed, president of Freed Developments, announced that he had banded together with “several of the country’s top executives in real estate, media and finance” to take over the recently dismantled Toronto Fashion Week from IMG Canada Limited.

The release adds that the group “has acquired the storied semi-annual event with the goal to create a global forum for fashion, retail, arts, entertainment and culture to be anchored in Yorkville, the city’s preeminent luxury retail and brand destination.” Others on board include former IMG director of fashion events and properties Carolyn Quinn and ASC Public Relations director Suzanne Cohon.

The Freed purchase raises questions about the event’s future. First, how will this affect the upcoming Toronto Women’s Fashion Week, which the organizers of the occasionally-controversial Toronto Men’s Fashion Week (TOM*FW) planned to debut in February 2017?

More importantly: How will this new brains trust overcome what IMG senior VP Catherine Bennett, announcing Fashion Week’s demise, called “a lack of local support” for the industry? Some insiders took umbrage to her statement, citing Toronto’s passel of gifted designers and the coterie of tireless local businesspeople, store owners, bloggers, writers and advocates that love them. But it’s an undeniable fact that that tightly knit group struggles with having to prop up what should by all rights be a thriving, self-sustaining industry.

Canadian design continues to be a tough sell among the general public, who would rather pour cash into established international brands than spring for lesser-known names. That has made media coverage of Toronto fashion events less and less worthwhile for local media, who are competing for clicks while stretched ever thinner in terms of resources. Both of these add up to diminishing returns for local designers, who pay handsomely unconfirmed figures suggest tens of thousands of dollars to showcase their collections at Fashion Week events.

Maybe I need to wrestle the keyboard back from my inner cynic, but it’s hard not to see this model as a futile investment for the people who need that platform the most. In recent years, the shows that seem to garner the most excitement from your average Torontonian are those put on by well-known brands with big retail operations (think Joe Fresh, Pink Tartan, Soia & Kyo, Rudsak, Mackage, Line, and, before their now-storied fall from grace, even Target).

For those brands, Fashion Week serves as a boost in cred instead of a make-or-break business strategy after all, it’s not like that runway show, which requires tons of planning and resources and happens at an industry-focused trade event, is going to have one-tenth of the sales impact of a giant ad on the side of a bus.

On the other hand, there are a few hometown heroes like Beaufille, Sid Neigum and Hayley Elsaesser, who’ve become minor household names at least partially on the strength of their Fashion Week shows. But those designers find it difficult to blossom in Toronto’s climate, and almost inevitably seek their fortunes elsewhere. Neigum eventually took his show to London (where he got a rave review in Vogue). Beaufille shows in New York. And Elsaesser, who’s diverted from the usual path and managed to spin her neon-splashed designs into a self-branded miniature empire, has admitted that she’s seen a massive disparity in local interest between Toronto and other cities she’s shown in.

I’m optimistic that there’s still a world in which Torontonians will lust after Narces and Mikhael Kale the way they lust after Gucci and Alexander Wang, or queue up for a Greta Constantine sample sale the way they did for Kenzo x H&M. We have just as strong an appetite for beautiful, well-made clothes as your next city and we spent just as much time ogling those clothes on Instagram (I’m particularly curious to learn more about the “creation and integration of a strong digital platform” Freed promises in his statement).

And, on a wider scale, Canadian style has suddenly found allies in boldface names like Kate Middleton and Sophie Gregoire-Trudeau. This week, we even got a shout-out from the New York Times, who heralded Canada (with an understandable, if vaguely patronizing, sense of bewilderment) as a new force in fashion.

But if you were to look around on the streets of Toronto, our country’s cultural and economic powerhouse, you wouldn’t see that sense of vibrancy and potential reflected back at you unless you knew precisely where and for how long to look.

I salute Freed and Co. for their noble aims and valiant efforts and I look forward to hearing all about their groundbreaking new ideas for firing up Toronto’s fashion scene. Lord knows we could use ’em.