When it comes to Toronto food delivery services, who pays a good wage?

Here's a closer look at what UberEats, Foodora and Doordash offer their couriers 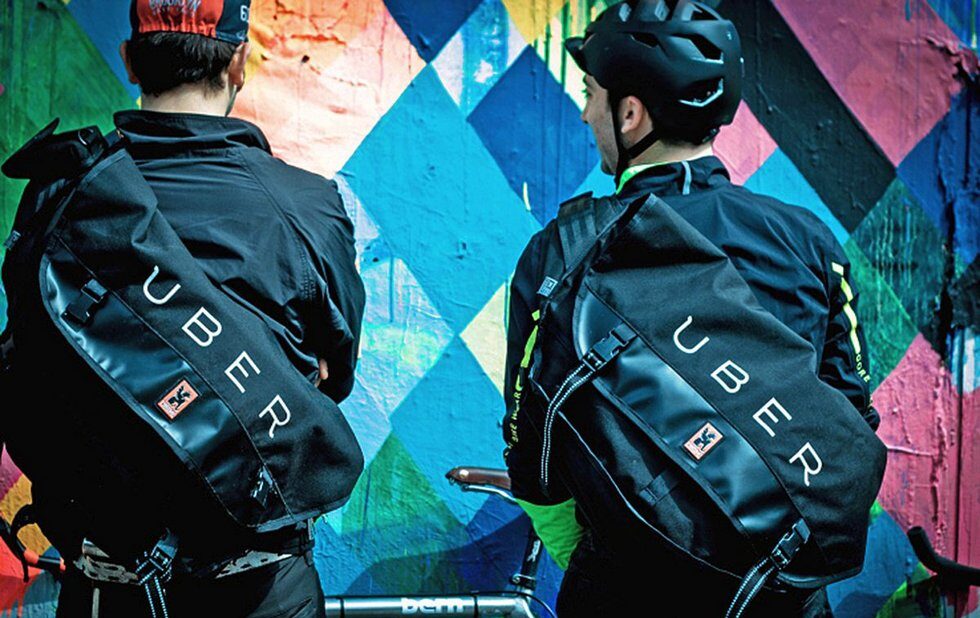 Bike couriers and drivers contracted to UberEats, Foodora and Doordash hustle, rain or shine, to get takeout to your door.

Toronto’s previously booming food delivery scene has brought a whole lot of heartache to its couriers this year.

First, meal-delivery service Feast decided to replace its drivers with vending machines. Next, UberEats made alterations to its pay schedule that many drivers claim could cut their earnings by half. And Favour, a U.S.-based courier company, shut down operations entirely, leaving hundreds of contract-based delivery workers out of a job with little notice and relegating untold numbers of turquoise tuxedo T-shirts to the donate pile.

The remaining delivery start-ups – UberEats, Foodora and Doordash, to name the bigger players – all rely on an informal worker base of contract-free bike and car messengers (the joys of the “gig economy”), so you might wonder which company most deserves your delivery dollars next time you get a late-night burger craving.

To get the details on who’s got the happiest bike delivery drivers in Toronto, we interviewed several food couriers, many of whom have worked for more than one of these services, under condition of anonymity.

PAY According to couriers: $4.50 per delivery, plus $1 per kilometre travelled, plus tips. Couriers say by working at busier times and hustling they can make about $20 an hour.

TIPS Encouraged by the company. Prompts for tipping between 10 and 25 per cent, as well as an “other” option, are offered at checkout.

PROS Couriers praise the simplicity of the job – “You pick up food and drop it off, no bullshit” – as well as the flexibility of the hours and ability to self-schedule. Foodora is rare in that it appears to have an actual corporate culture, with a mentorship program in place for junior employees.

“Our dispatch team is based in Toronto, and that’s made a huge difference for me,” one courier says. “They’ve always been very understanding if any issues have popped up.”

CONS According to the couriers we canvassed: surprisingly few! “It’s about as good as a courier position can be. If we could do away with the winter, I’d not be opposed.”

PAY According to the Doordash site: $8 per delivery, plus tips. If certain conditions are met (for example, working more than eight hours a week and retaining a high rating), Doordash guarantees a rate of $13 per hour, plus tips.

TIPS Encouraged by the company. As with Foodora, prompts for tipping between 10 and 25 per cent, as well as an “other” option, are offered at checkout.

PROS “The app lets you show up and start driving. In other words, you don’t have to make a schedule.”

CONS “They don’t boost the prices up for the drivers during peak hours like Uber,” one courier says, making it tougher for your earnings to spike. Additionally, the automated dispatch system means that it’s harder for couriers to get a hold of Doordash if something goes wrong during a delivery.

PAY Uber’s old formula gave riders $6.50 for a restaurant pickup (they added up if you got multiple orders at the same spot), plus $1.85 per kilometre travelled. The new scheme involves a $2.90 flat rate for pickups, $2.50 for drop-offs and a lower $1.05 kilometre rate. Under both schemes, Uber clawed back 35 per cent of these earnings.

Because pay is so closely tied to performance, take-home pay varies widely. Some couriers said they made around minimum wage hourly, but those who leverage the system, choosing peak hours and getting a good feel for the most lucrative delivery areas, report earnings of upwards of $21 an hour.

The new price model, which features increased “surge pricing” during busy times, might actually work out in favour of some high-earning couriers, though others voice concern that higher prices will mean a corresponding drop in business.

“My per-delivery pay is technically lower now, but at the same time they introduced price surges that are in effect for pretty much the entire time I ride, which are either 1.3x pay or 1.4x pay, so I got a decent pay bump,” one part-timer explains.

“They didn’t give us a ton of forward notice, and if you are a rider who works on off hours outside the downtown core, you are probably making less, but I see it as a way of incentivizing more downtown delivery riders, where the lion’s share of the demand is.”

TIPS Discouraged – a major point of pain for many Uber couriers. Uber says on its website that “there is no need to tip” its couriers, and there is no tipping function offered within the app. (UPDATE: Uber has since added a tipping function to the UberEats app.)

PROS Couriers say it’s mega-easy to get started, and Uber pays out earnings reliably at the same time every week.

CONS Controversy has followed Uber since its inception thanks to the company’s aggressive recruiting and moneymaking tactics, and the change in pay terms for UberEats drivers has been the last straw for many employees. A Doordash recruiter says he’s had plenty of interest from UberEats couriers who want to move over: “They changed their pay structure overnight, and it was really poorly received. Also, I heard that they didn’t explain the whole thing very well,” he says. “It seems like a really foolish thing to do right before the winter hits.”

PROS “I would describe my riding as a bit of an addiction. It can be really hard to stop when your blood is pumping and you’re making money.”

“It’s a lot better than traditional courier work. I have friends who have switched over to this because they’ve found it’s better-paying.”

“There’s a sense of community to it. Even though you’re totally on your own, there’s a network of people you can talk to, and we do occasional get-togethers and races and such.”

“I’ve done a few deliveries to people with severe physical or mental disabilities, who are not always able to leave their residence. Those are more fulfilling – you feel like you’ve done something positive.”

CONS “As a female courier, you tend to get a lot of catcalls, and there have been times where I’ve felt unsafe.”

“The days where you’re out in active weather, it’s not great, and sometimes it’s dangerous. But those are the days where the flexibility of the job comes in handy. I keep an eye on the weather channel and book my hours around the best weather forecasts of the week.”

“For me, the pay didn’t equal the effort. I had to exhaust myself in order to break even.”

An earlier version of this article listed Foodora’s base pay rate as $4.50 per hour it is $4.50 per delivery. We regret the error.