Toronto food trends we love (and love to hate)

Our food writer puts the "rank" back in "cranky" 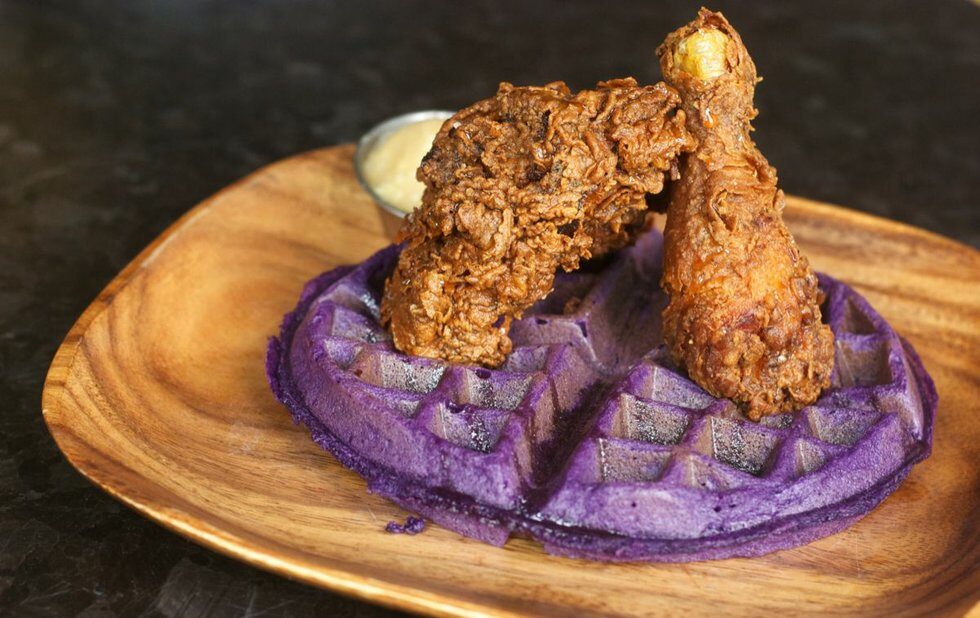 Toronto, babe, you know I love you. But I’m here to talk to you about two of your most irritating qualities: your reluctance to embrace anything that hasn’t already been approved by another big city and, once you do embrace that thing, your singular ability to beat it into the ever-loving ground.

As a person who covers food trends, I am, of course, not without blame. News gets old real fast these days, meaning local media outlets are all chomping at the bit to be the first to report on a hot new restaurant or dish. I, too, yearn for your clicks and your eyeballs, because getting to eat free food as part of my job is simply not enough to satisfy the hole inside my soul. But that doesn’t mean I personally endorse every new gimmick I report on – and to prove it, here are the food trends that are currently dominating the city, ranked – from the least to the most irritating  – by yours truly.

I’m loath to call a cuisine that has sustained millions of people in Southeast Asia and elsewhere for centuries a “trend”. But what is new is the booming proliferation of Filipino joints downtown, run largely by enterprising millennial types who’ve started to wonder why they can’t blend the kind of environments they like to frequent (cozy date night spots, hip takeout joints, dim snack bars with potent cocktails) with the killer tocino, tapsilog and sisig their folks used to make.

And so, on top of trailblazers like Lamesa, Kanto and Tocino Boys, we now have Platito, Tito Ron’s and Lasa – and if you aren’t eating there literally right this second, why? (Be sure to hit the old-school joints uptown, like Casa Manila, if you get a chance.) 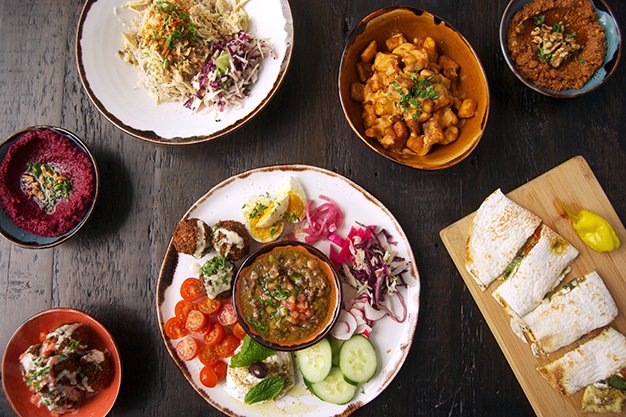 Souk Tabule is the latest in a wave of fast-casual eats to hit the city.

It’s a tale as old as time: restaurateur opens buzzy, upscale eatery restaurateur makes good restaurateur gets sick of working until 4 am every night. A laid-back lunch place, one that makes all of the chef’s great recipes but without the liquor licence or wait-staff costs, is now the next logical step.

Cory Vitiello (now of Flock) and Rob Bragagnolo (of Carver) are two shining examples, with Tabule recently following suit with the excellent Souk. Next up is Thanos Tripi of Mamakas, who will bring some of his most popular recipes to a Bellwoods-adjacent takeout spot called Agora.

Annoyance level: I can eat Mamakas for less than $50? Sign me up, guy! 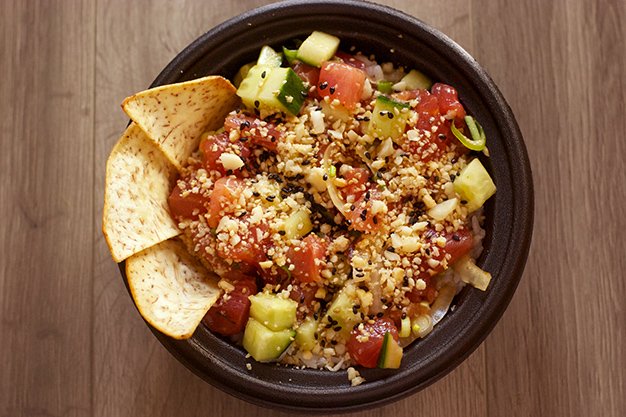 Big Tuna Poké Bar was one of the first poké stops to set up shop.

I wrote about three restaurants focused entirely on the Hawaiian raw fish dish, a big hit on the West Coast, in August. Since then, four new ones (Pokito, Calii Love, Rolltation and Poke Guys) have already sprung up, and the dish is making its way onto more mainstream snack bar menus, too.

Poké is delicious – I even fixed myself multiple vague approximations of the dish this summer, and probably risked making a new tapeworm friend in the process. And in the spirit of #2 on this list, I get that seasoned sashimi salad makes for the ideal quick-service concept: the dish is heat-free, and everything can be prepped in advance. But, guys, I’m not sure this town is big enough for all seven of you. 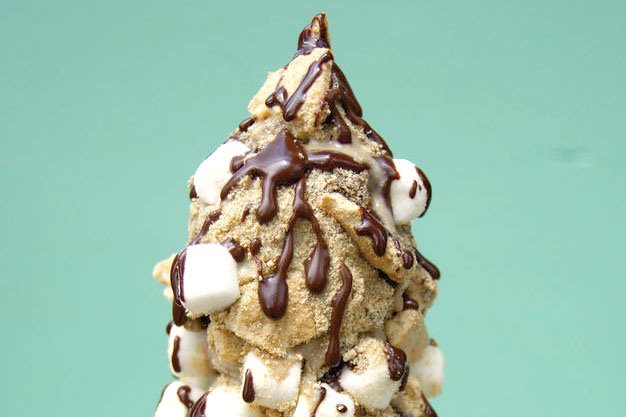 The backlash against Sweet Jesus grew this summer (but so did their lineups).

Toronto diners get excited about food if it looks good in an Instagram photo. La Carnita certainly knew it when it launched Sweet Jesus last year, selling soft-serve cones with so much shit glued onto them, they do all the visual work for you, no food stylist or Instagram Boyfriend required.

This summer, the backlash arrived. Sweet Jesus’s actual soft-serve itself, underneath the bells/whistles/optional sunroof, doesn’t really have a lot going for it – but that didn’t slow the franchise’s expansion to uptown, Riverside and Ottawa.

Elsewhere, we got fancy dipped cones (La Diperie), ice cream tacos (Booyah), milkshakes with pie slices on top (Fran’s at the CNE) and on and on and on. Me? I’ll keep schlepping over to G for Gelato, Bang Bang, Bar Ape or Death in Venice, where the quality is in the formula, not on or around it. 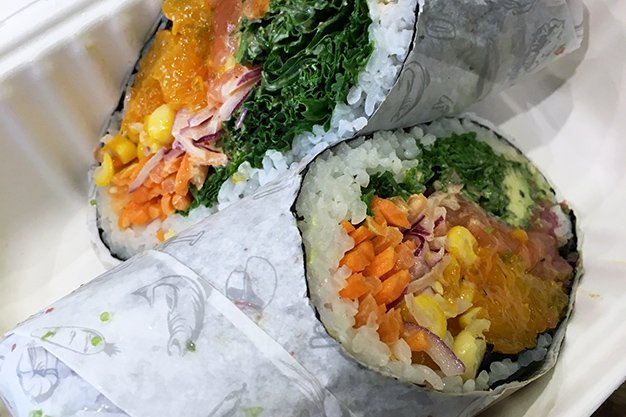 I ate this sushi burrito. It was from Rolltation. It was okay.

At last count, there are at least four restaurants and two food trucks in Toronto that serve this California-approved street snack, with at least one more on the way. But they could have saved themselves the effort and the cutesy branding exercises, because it’s a hand roll. Just, like, a really big hand roll, with extra stuff in it. It totally has the right to exist, but I’m not sure it deserves a fancy name, giant lineups or one-eighth the current level of mouth-breathing local hysteria. 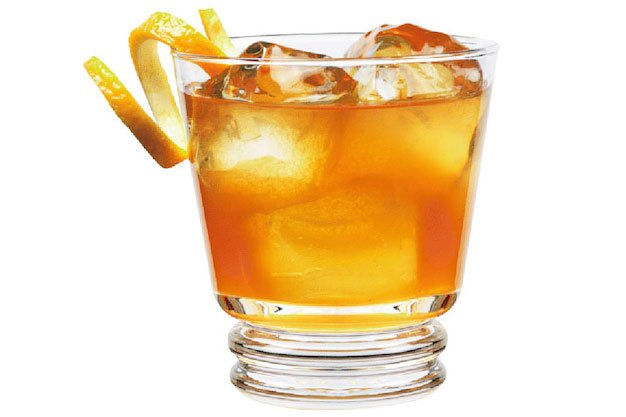 Oh, your cocktails are “handcrafted”. As opposed to those cocktails that are made by robots!

6. Lifetime Achievement Award: things that are “handcrafted,” “artisanal” or “bespoke”

Hey there, friend! Does your restaurant website or press release contain any or all of the above words? Then get yourself to the nearest bookstore and pick up a thesaurus. The people who read at least 10 of those releases and websites per day – the very folks you so desperately want to cover your restaurant – will be profoundly grateful, and by that I mean we’ll refrain from making fun of you via our very visible public platforms.

Annoyance level: I will buy you the thesaurus if I have to.