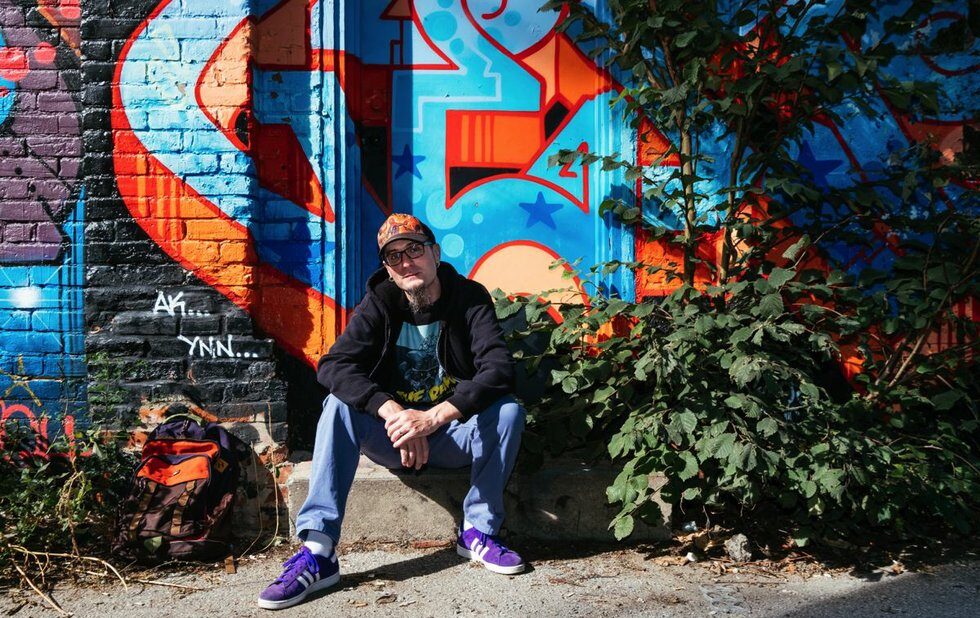 Twenty years is a long time for an indie record label to last, so if you do, it’s only right to throw yourself a party.

On Thursday, Toronto-based indie rap label Hand’Solo, founded by Thomas Quinlan, takes over Lee’s Palace to celebrate two decades of releases, and to launch another one: the Bassments Of Badmen 3 compilation, featuring label alumni.

So how does Quinlan himself feel 20 years’ worth of releases stack up? Here are his top 10 faves, with tons o’ insight into the DIY behind-the-scenes process that went into each one.

The first release on Hand’Solo, this collection of studio and live tracks was intended to spotlight the exciting (but, unknown to me, fractured) Halifax hip-hop scene that had inspired me. I got assistance from scene vets Jorun and Buck 65 (still transitioning from Stinkin’ Rich), who each brought along their own camp of young, hungry upstarts like Classified, Little T (now Tachichi) and Hip Club Groove. Some consider it a classic.

Shortly after Bassments Of Badmen dropped, my editor at a magazine I was writing for suggested I add a sticker proclaiming “A Rap Essential” to the cover. Hell naw! Although it probably would’ve helped my chances when I was in NYC trying to shop the CD to uninterested stores in 97.

Fantastical dreams in which Buck 65 competes in the Tour de France, loses a camp basketball game and goes on a nature hike are given form as rap songs on this record. He captures the dream state superbly with his multi-syllable raps and proves himself a formidable triple threat by also providing the quirky production and intense scratches. But, really, the best part is the hidden, untitled bonus track that is just! so! hard! Plus, how awesome – I released Buck 65 vinyl!

Originally I pitched Buck 65 on a typical 12-inch single, but he countered with this unique idea – three vocal tracks on Side A, three instrumentals and a hidden track on Side B – which is definitely much more awesome. It also received a lot more press and airplay than it probably would’ve otherwise. 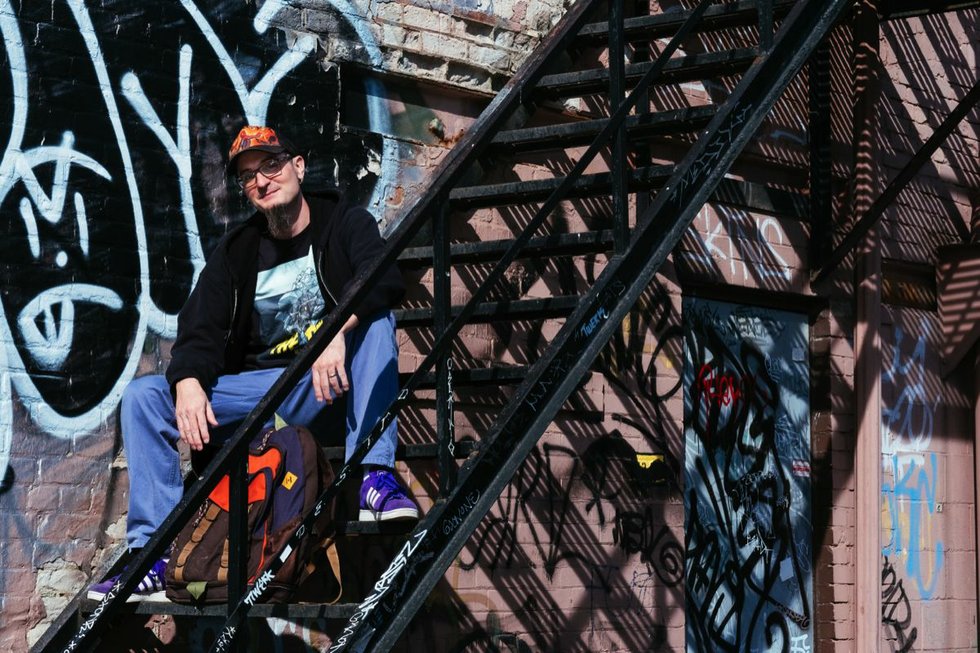 Shortly after my introduction to Moka Only, I wanted to do a split 12-inch that would introduce Vancouver to the Halifax scene through Moka and Halifax to the Vancouver scene through Sixtoo. Moka’s side is fun and sunny, and done like a typical 12-inch single with two songs and corresponding instrumentals. Sixtoo’s side is a dark and brooding four-song (plus intro) EP featuring a cover of Sun Ra’s Astro Black. It’s a sloppy, odd beast of a release, but I love the yin-yang of the two sides.

My initial plan was that each would contribute a song and the other would provide a remix for it, creating more interplay between the two. Plus there would be the four instrumentals. But both Moka and Sixtoo had such a backlog of music they were looking to release that I had to let each just have a full side of his own.

This combines the best of the best, imo, of the duo’s Canadian classic debut, Truth Of The Trade, along with a few vinyl exclusives. It has two long-time fan favourites, Bush Gardens and Booze Hounds II, the latter receiving the computer-animated treatment as the first video for Hand’Solo. It was also the first vinyl release with a cover, a black-and-white logo design by graffiti writer Insight One. It even went to a big, fancy studio for mastering. Things were starting to become a lot more professional at this point.

There are two pressings of this EP, and they’re easy to tell apart. After the vinyl arrived for the first batch, I discovered there was no contact info anywhere, so stickers were printed and affixed to the back cover. Yeah, not so professional. The second printing includes the address as well as info about a podcast I was doing at the time called Silly Robots.

Buck 65 and Moves were working with their Halifax rap crew on this project to bring back sex rap, so I expanded the scope by inviting my new contacts in Toronto and Vancouver along for the X-rated ride. It’s a lot of smart songs about sex, including one that’s downright scientific, released on clear red cassette with gold writing, so it looks super-sexy. The initial 200 copies sold out fast and remained out of print until re-released on CD years later.

Putting this compilation out on cassette was an homage to the Halifax hip-hop scene, which held a lot of space in my tape collection, but to keep costs down the cover was colour-copied, hand-cut, folded and inserted by me, much of it done in my downtime ushering at a live theatre. Definitely a lot of weird conversations with my co-workers over those few days.

This was the first full-length release on Hand’Solo Records by a single artist, and it only took a decade! His follow-up, 3rdburglar, is a better album, his wordplay-heavy comedic rap style more refined, but it’s on Burglaritis that he discovers his sound. Two videos were released for this album, an artsy black-and-white short “film” for Cream Of Wheat and a funky Groundhog Day-inspired video for horrorcore paperboy anthem The Route, one of my personal favourites of his.

The song Let’s Get Romantical was first available under another name as part of a five-song bonus download that accompanied the Cock Dynamiks CD re-release, but after cleaning up a few lines, it was ready for almost-prime-time consumption. This song was the first time I heard Wordburglar get so cheeky. He’s since done a few other verses like this for Backburner projects. 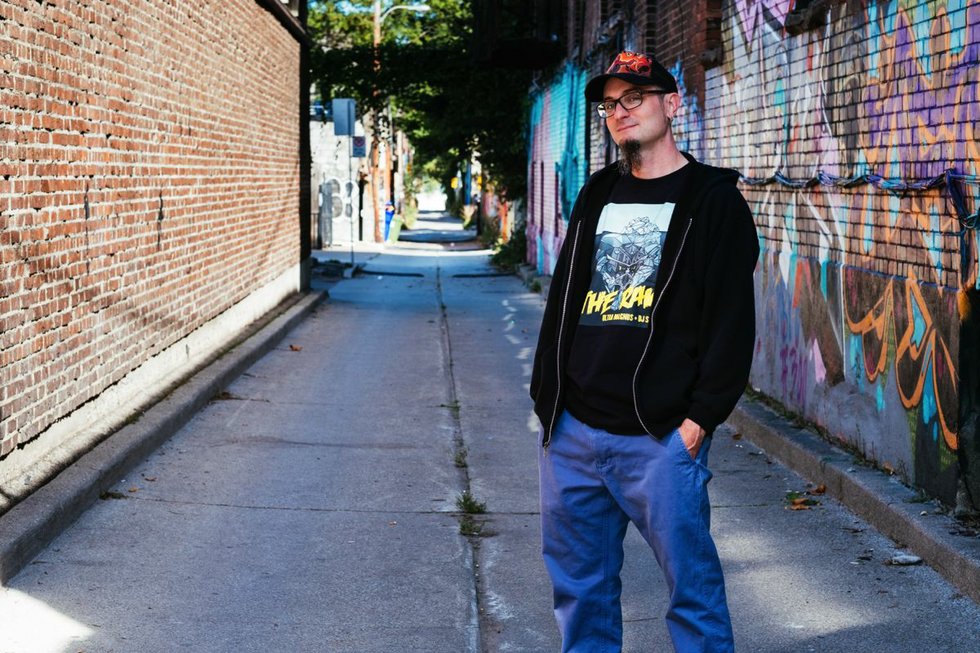 They just dropped their sophomore album, but The Raw is still my favourite since it’s just so much more, well, raw. The energy is unleashed, and Ultra Magnus and DJ SLAM! embrace experimentation. They’re still trying to find their footing, and it makes for some exciting music. HELL-O-L is the (subjectively) big hit, both as song and video, but the album also had videos for Bill Clinton and posse cut Rock The Mic with M.O. Littles and Dynamic.

I first saw Ultra Magnus & DJ SLAM when they played a $5 Rap Show [editor’s note: Quinlan is one of the event’s coordinators] opening for Timbuktu’s release party, and they returned for the next $5 Rap Show opening for Chokeules’s release party. That was the first time we had an act back for two consecutive nights. Both times they killed it, and that was enough to offer them a spot with Hand’Solo. I’m just a stepping stone. These guys are going to be huge, so look into them now.

Savilion had quit rapping until Toolshed’s Timbuktu and Chokeules pulled him back in, and Swamp Thing is the result. The trio have had a few other releases since their debut album, but they’re at their purest on Creature Feature. Here they don’t get too conceptual and epic, keeping it simple with song after song of rapping about sci-fi and horror B movies over dark boom bap. The Ghettosocks cover is a thematically inspired homage toMidnight Marauders.

Creature Feature began a tradition of Swamp Thing releasing a new album in time for Halloween each year. For their first album, we had a big costume bash on the weekend before Halloween, and everyone was in costume in the audience and onstage. Peter Project DJ’ed all night in a boxy robot costume with flashing lights. Timbuktu dressed as Jesus. I was Dr. Drillhands. What a fun night!

Posse cuts are awesome, each rapper trying to top the other. So how can you not love an album of posse cuts? Especially when composed exclusively of tracks by the 20-member, Canada-wide Backburner collective, who also happen to love concepts, so you know it isn’t just battle rapping. Heatwave is a summertime party album, and the song of the same name is its centrepiece. Thesis outdoes himself with his chorus for Heatwave, and Ginzu333 gets me every time with his verse on Back Home about missing home while living in Japan.

For the Heatwave video, the 3:AM Design team wanted to create the effect that everything was frozen in time and only the rapper would be capable of motion, but at a trippy, reduced speed. Everyone aside from the rapper would remain frozen, and to help create that illusion of time being stopped, things that would logically be in motion, due to gravity, say, would be added in (and immobile) during post-production. The rest was filmed at a higher speed to be slowed down later. I spent a lot of time standing still in a chicken costume that day, when Thesis wasn’t rapping in it.

The Dirty Sample is a beast. I had rough mixes of most of these remixes within 24 hours, and some are even better than the originals. But this album never received the attention it deserved. Remixes of D-Sisive, Eternia and Noah 23 and Moka Only are only some of the highlights, while additional contributions come from across Canada, plus a few from the U.S. and overseas. I also like how Kody Peters’s artwork mirrors some of the themes the Dirty Sample repeats through the music.

I’ve always loved remixes, so I was excited when I learned the Dirty Sample was starting work on just such a project. I reached out to offer my assistance. Or maybe I weaselled my way in? The plan was to combine our contacts to increase the variety of artists involved and therefore our reach. Interest was so high. We also released a free companion album of remixes, Beauty & Poison.