Toronto, it’s time to get real.

Hot Docs has announced its lineup for 2014. Here are some of the highlights. 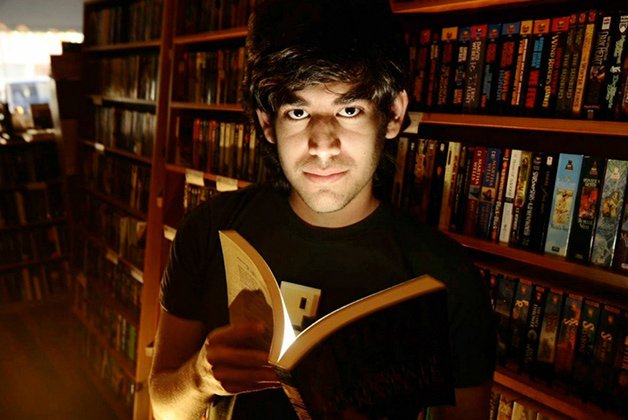 The Internets Own Boy: The Story Of Aaron Swartz

The opening night feature is The Internet’s Own Boy: The Story Of Aaron Swartz, a documentary about the late online prodigy, programmer and activist by Brian Knappenberger, director of We Are Legion: The Story Of The Hacktivists.

Author and internet activist Cory Doctorow, who knew Swartz and appears in the doc, will attend the festival to present the film in the Big Ideas Series, which pairs screenings with expanded Q&A sessions.

This year’s programs include a series on romance and relationships (Love, Factually) and another on cultural unknowns (Mystery, Myth & Legend).

A number of this year’s entries touch on LGBT themes, most notably Children 404, which looks at the increasingly dangerous reality of being a gay teenager in Putin’s Russia. And there’s a musical thread, with documentaries about Alice Cooper, Edwyn Collins, Pulp and Blur vying for attention with the new work from Super Furry Animals frontman Gruff Rhys.

The concept of cult stardom is explored in To Be Takei, a look at George Takei’s journey from Star Trek supporting player to cult hero and spokesperson for gay rights in Harmontown, which follows the odyssey of writer-producer Dan Harmon from Community showrunner to self-employed podcaster and back again and in I Am Big Bird: The Caroll Spinney Story, a celebration of Spinney’s 44 years performing as the feathery yellow Muppet. (He’s Oscar the Grouch, too.)

Classics are represented: Barbara Kopple comes to town to introduce a screening of her Oscar-winning 1976 feature Harlan County U.S.A., and the festival presents a new restoration of Portrait Of Jason, Shirley Clarke’s landmark 1967 cinema verité study of a New York hustler.

The spotlight this year is on films made in Denmark, and, as previously announced, British essay filmmaker Adam Curtis (The Power Of Nightmares) receives the festival’s Outstanding Achievement Award, while Vancouver director John Zaritsky is the subject of a Focus On retrospective.

The festival opens April 24. Full details and schedule can be found online at hotdocs.ca.