NowMagazineNewsToronto Police try to convince us marijuana dispensaries are dangerous

Toronto Police try to convince us marijuana dispensaries are dangerous

Toronto Police Service and the City held a theatrical press conference today to show off all of weed theyre heroically. 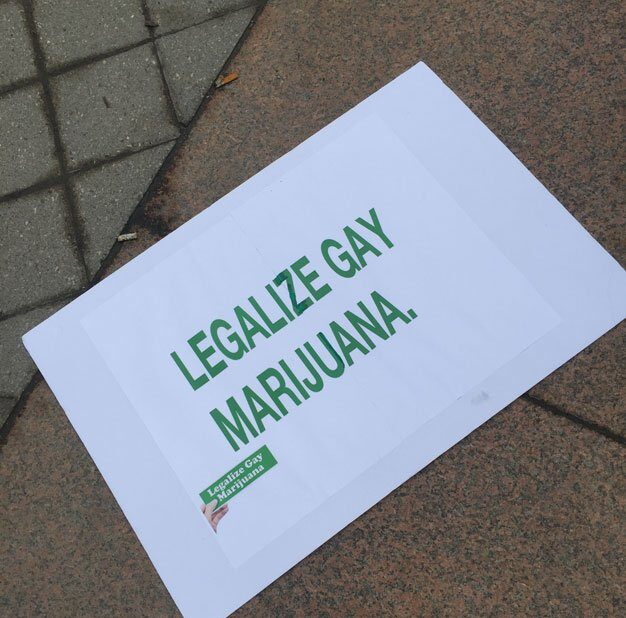 Toronto Police Service and the City held a theatrical press conference today to show off all of weed theyre heroically protecting us from through yesterdays dispensary raids, dubbed Project Claudia.

There were 90 arrests, 186 charges for possession for the purpose of drug trafficking and 71 criminal charges for cash proceeds. They also, unsurprisingly, seized a lot of pot, edibles and topicals, which were on display to showcase just how much was on offer to Torontonians (269 kilograms of weed, 30 kilos of resin, 24 kilograms of hash).

But the press conference quickly unravelled (see below) as activists pressed Police Chief Saunders for more information about what the risks truly are to the community. Why are dispensaries dangerous?

Their reasons were less than convincing:

Reason #1: Because theyre not licenced to sell what they sell.

We have to have environments where it is regulated, properly by the government so that there is a standard, not just an ad hoc, I think ill just open a shop and go by my own rules, Saunders said today. You cant do that.

But isnt that why so many medpot activists and dispensary owners were eager to speak to the issue at the May 19 Licensing and Standards Committee meeting that was deferred to be held on June 27? Should the City not take some responsibility for their snail-paced approach to regulating the industry?

Reason #2: Because there are serious health and safety concerns.

There is no quality control whatsoever on these products and, as you can see, theyre marketed in a way to disguise the unknown and unregulated amount of THC in the products, Saunders said today. But at least some of the products on display were reportedly bought at Bulk Barn and intended to demonstrate that they are similar to edible cannabis products.

But many of the products shown at the press conference like this Twisted Extracts Jelly Bomb (a fruit-flavoured edible in the shape of a Lego piece, with each dot representing one dose) do clearly outline THC levels and recommended doses. In fact, many edible cannabis products do. To suggest that dispensaries are filled with unlabelled goods that look exactly like treats for kids is misleading.

There is no proper measuring, there is no proper quantitative analysis theyre all different according to store to store, acting inspector Steve Watts told reporters and activists. Thats where we run into the health and safety implications for the people that are utilizing these products.

Okay, sure. But whats the risk? This winters federal court decision to allow medpot users to grow their own cannabis states, It was agreed by the experts that there is no possibility of overdose death from cannabis consumption by humans, whether the consumption is oral, inhaled or topical.

Reason #3: Because there were significant numbers of complaints from community members.

These complaints were substantive in nature, petitions in excess of 50 to 60 signatures, just so you get an idea of the type of complaints that we were getting in relation to these unlawful storefront dispensaries, Watts said.

Is that a lot? Thats like the minimum number of signatures you need to run for student council treasurer. But if there were approximately 78 dispensaries in the city, then consider how much demand there is. And what about the hundreds of people who have signed this petition?

Reporters also asked, since it was noted that many of the illegal dispensaries were located near Toronto schools, if perhaps some of the concerns had to do with children had any kids been harmed or was there evidence that children were mistaking weed brownies for regular ones and getting hurt?

I dont have any evidence of that, and to be honest, I dont want any evidence of children… The edibles are a huge concern for a public safety factor, which is why were here today, said Saunders.

Reason #4: Because medpot users can still get weed from licensed producers.

Project Claudia is not an attack on the lawful production, distribution or purchasing of marijuana for medical purposes. Health Canada has published clear guidelines, Saunders said today.

Legal users with a medical pot prescription can still access mail-order dried weed from one of Health Canadas 27 licensed producers. However, those who use the system often experience long wait times, issues with accessing the weed and mediocre product.

I question the quality. I question the price, said Melanie Chenier, a medical marijuana user who protested outside police headquarters today. No one can afford the amount of medicine that they require at the prices they charge. It can take up to weeks before you get your medicine, and in addition to that, youre only allowed a certain number of grams on you, so youd have to fill up orders in advance.

Chenier has used pot to help her cope with chronic pain for years. She noted another reason why dispensaries are popular is because theres someone there to guide you through all the different types of products. You can talk to someone who has knowledge into what type of flower is more beneficial for your symptoms, she said. There are edibles, which can help individuals with chronic pain because they last for six hours, rather than smoking a joint or vaporizing, which has a more limited impact and effect.

Kevin Goodfellow, another protestor, said that hes bought his pot from dispensaries for the past three years because he doesnt trust getting it sent in the mail.

Im worried about somebody coming and stealing it from my mail, he said. When I go buy it in the dispensary, they have cameras everywhere and I feel a lot safer. Nobodys going to steal it from me there.

Now that the police have shut down the majority of dispensaries, Goodfellow said itll be much more dangerous to buy pot. I guess I have to go back to getting my medicine from the streets.