Are we mellowing out, Toronto? As this food-conscious town grows ever more consumed with what it eats, it seems like our diners are growing up. We’re finally ditching the bacon, BBQ and burgers of the past few years to chow down seafood. (Our new hyper-indulgent vice: pizza – quadruple the dough, please.) Bro-y bourbon bar taco joints are giving way to spots that import their atmosphere and recipes directly from Mexico. French refinement is gaining on snack bar revelry (with one successful joint juggling both of those at once), while trendy, sexed-up Italian is seeing a revival – hello, date night. And, intriguingly, some of the hottest names on diners’ lips are just spots where you can get a great sandwich and bring it back to your desk. Here’s what T.O.’s hottest kitchens are cooking. 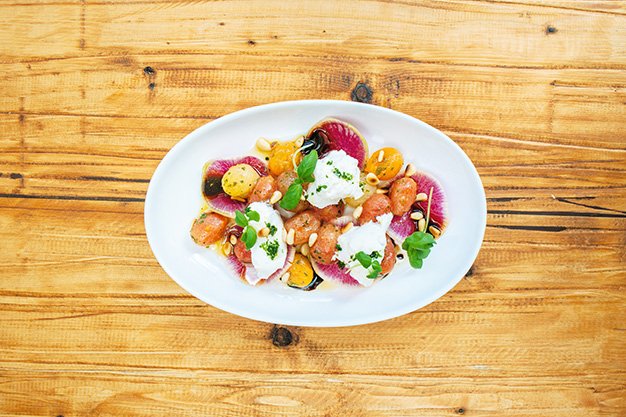