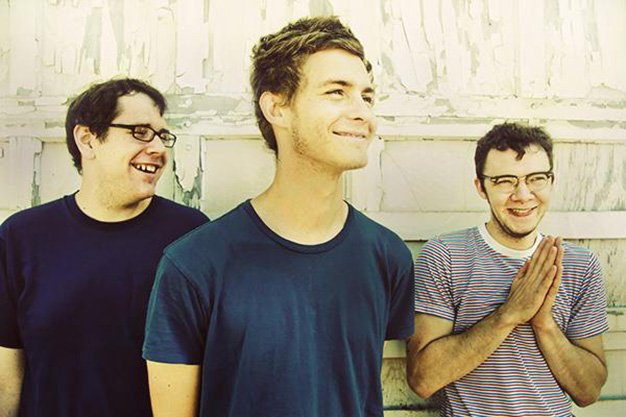 There’s a certain strain of post-punk that derives its values and codes of authenticity from performing with grim determination. It’s a kind of Get In The Van-inspired figuration of hard labour, where bands stake their reputation on athleticism and endurance, essentially “letting the music do the talking” while relegating non-musical concerns like the name of the band, its imagery and its place in a broader aesthetic conversation to the status of a jokey afterthought.

Perhaps we’re all feeling a little fatigued by this tradition lately, because turnout was pretty modest at Smiling Buddha to see Meat Wave (name taken from an Onion article, natch) and Melkbelly deliver a master class in rollicking floor toms, bent-note blender-strumming and labyrinthine song structures. Melkbelly roared and snarled like Evol-era Sonic Youth, finding ways to move between quiet and loud that went beyond pedal-stomping or post-rock crescendoing, while Meat Wave churned like a dynamo of entropy, their pummelling rhythm section augmented by messy outside-the-lines guitar playing and vocals, heaving enormous amounts of energy outward from the stage into the mostly vacant nooks and crannies of the room.

There wasn’t much to talk about (sample Meat Wave stage banter: “Thanks for coming out, everyone. You could have been doing any number of other things, but you came here, so thanks”) and that was probably for the best.