Bestival The two-day music blow-out from the UK- with Florence & the Machine, Nas, Jamie XX, Caribou and others- kicked. 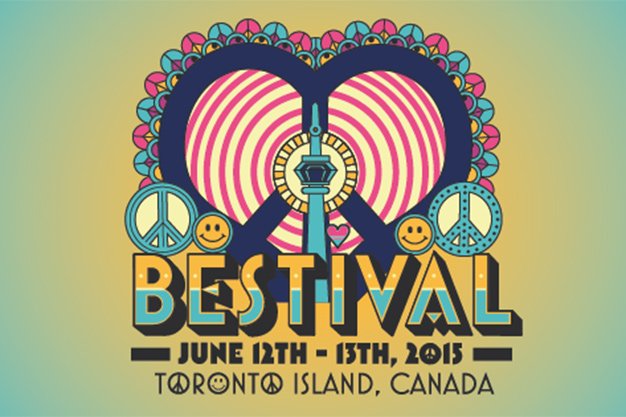 The two-day music blow-out from the UK- with Florence & the Machine, Nas, Jamie XX, Caribou and others- kicked off today at 1pm and continues at noon tomorrow at Hanlan’s point. $69.50-$149.50.Tickets available here.

Beginning tonight at 7pm, The Ripley’s Aquarium will host its Friday Night Jazz event, featuring an evening of live jazz performed by the Melodious Vibes Music Group, refreshments, and access to the aquarium after hours. Included with Sharks After Dark admission, $25, srs/youth $15, child $5.

Our film critic recently reviewed the dino flick and though once was enough it wouldnt be summer without a great big blockbuster full of monsters, people in peril and state-of-the-art special effects. Fourteen years after the underwhelming Jurassic Park III, the CGI dinosaurs are back and living in their own theme park. But attendance at the park is waning, so geneticists create a hybrid, which, you know, cant be good. Chris Pratt, Bryce Dallas Howard, BD Wong and Judy Greer all get to act in front of a green screen, but the real stars are gonna be the raptors. See listing.

The annual Toronto Craft Beer Festival, happening at Yonge-Dundas Square, offers a sampling of craft beers from various breweries across North America, live music, and plenty to snack on. Our city’s own K-os will be launching his own beer at this year’s event, called Golden Vox. 11 am-3 pm and 5-9 pm. $40-$100.

If the rainy weather over the last couple weeks have you aching for a vacation, you’re not the only one. With a shoestring budget and an appreciation for Italian culture try a stay-cation at this year’s Italian Contemporary Film Festival running until July 6 at the TIFF Bell Lightbox (350 King West), the Royal (608 College), and the AMC Interchange (30 interchange Way, Concord). See listings here.

A favourite sunday tradition for many, at the Distillery Sunday Market you can find unique, local and artisanal products every Sun, noon-5 pm, to Sep 27.