CondomTO campaign to launch next month to coincide with World Pride 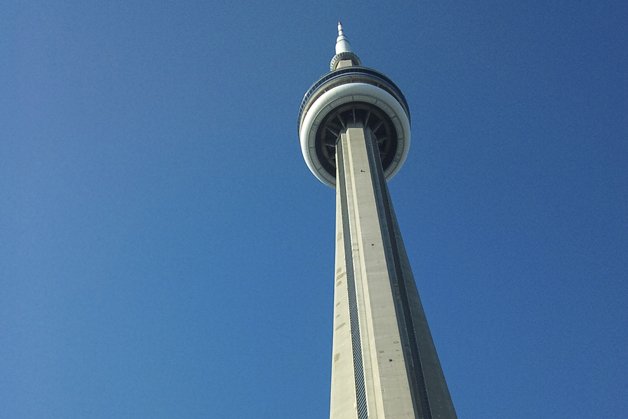 It was inevitable that Toronto, a metropolis whose most recognizable civic symbol is a towering concrete dong, would eventually get into the condom market.

Toronto Public Health announced Tuesday that it will be rolling out its first ever city-branded prophylactics next month. The idea for the condomTO campaign comes courtesy of New York and Los Angeles, both cities have launched their own brand of condoms as part of public sexual health efforts.

TPH distributes 3.4 million condoms every year, and plans to produce about 288,000 of the Toronto brand. They will be distributed across city clinics, 380 partner agencies and a handful of bars and hotels in the downtown area. The project cost about $20,000 and coincides with the World Pride Festival, which will take place between June 20 and 29.

Barbara Macpherson, manager of sexual health promotion at TPH, says the condomTO brand is a “new and hopefully innovative way to promote condoms, reinvigorate condom use, normalize it.”

“We know that youth for instance really like certain brands of condoms and a lot of it has to do with how they’re marketed, how they’re branded and what the package looks like,” she says. “Most condoms are very much the same once you open up the package.”

Macpherson says TPH hasn’t done a concerted condom campaign for some time, but the condomTO idea isn’t in response to any particular spike in sexually transmitted infections.

Rates for other STIs remain high however. Chlamydia, which makes up 64 per cent of all STIs reported in 2012, remains the most common infection. There were 9,773 cases reported in 2012, and the infection continues to exceed that of the previous five- and ten-year periods.

Preliminary data also indicates gonorrhea infections are on the rise, with 2197 cases reported in 2013. Rates of infectious syphilis, which makes up only 3 per cent of all STIs reported in 2012, are high but apparently decreasing.

The condomTO logo was designed in-house at TPH and will be revealed on June 4. Macpherson wouldn’t go into specifics but said the agency was looking for “something that would feel urban, that would represent Toronto, and that would appeal to any kind of sexual diversity.”

Unfortunately, the logo won’t feature the CN Tower. Macpherson says TPH looked into it, but the tower imagery is proprietary.

“We did actually think that that could have made a fun image,” she says. “The CN Tower and the Dome would make a good couple.”