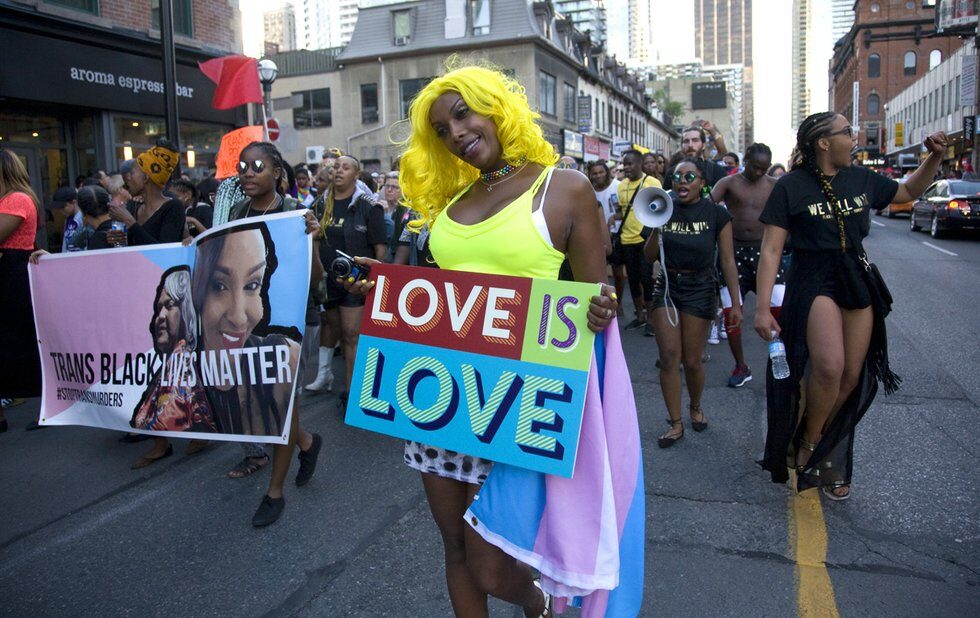 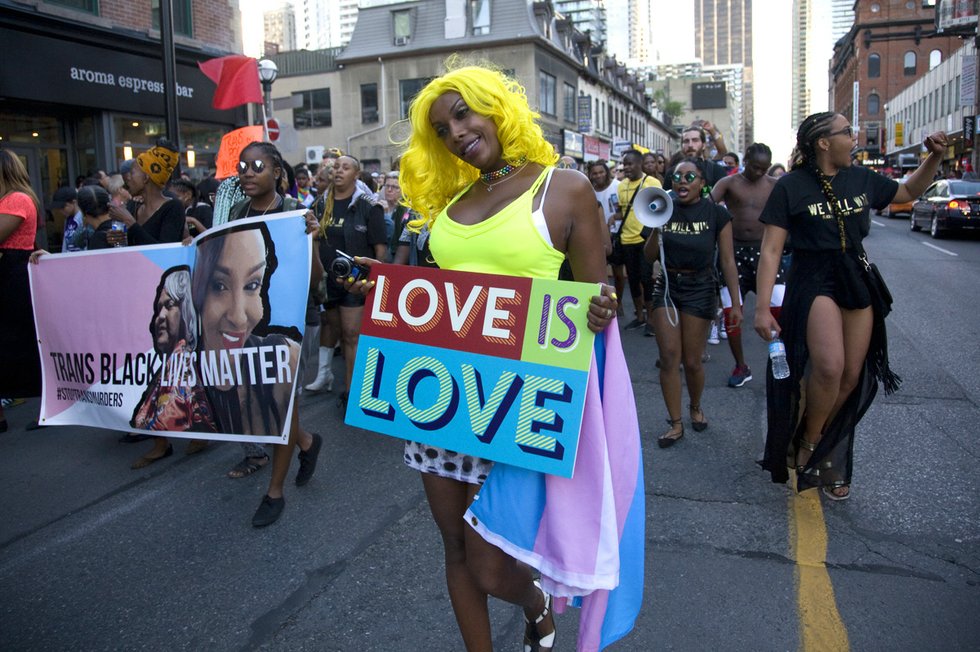 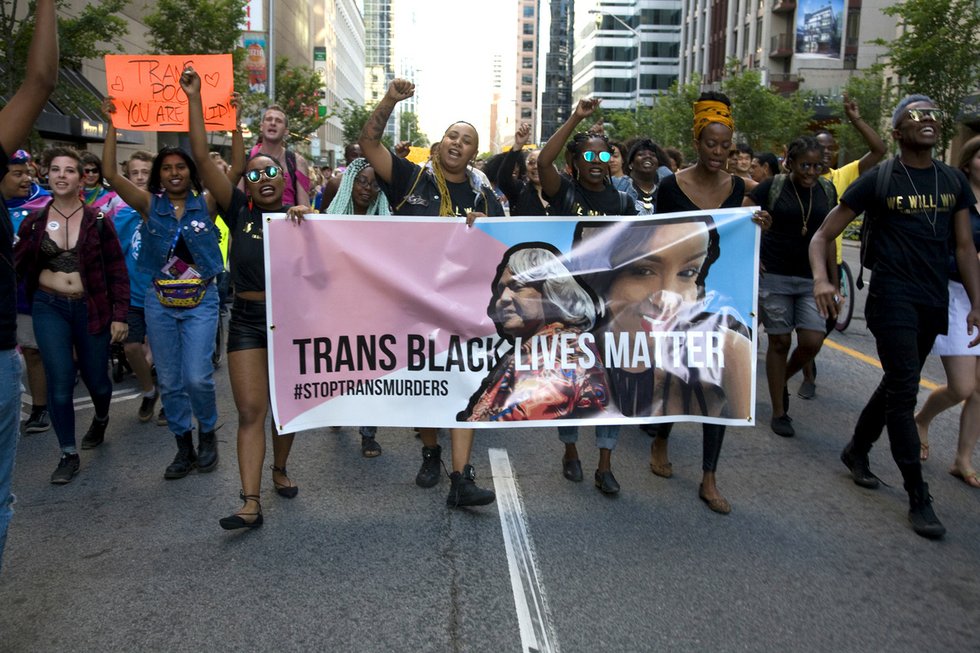 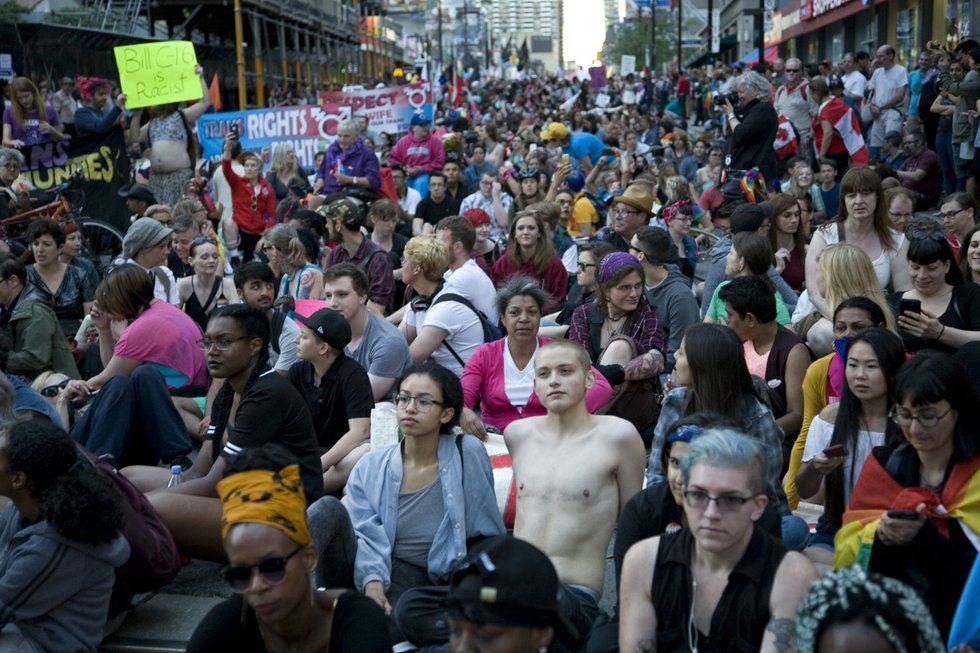 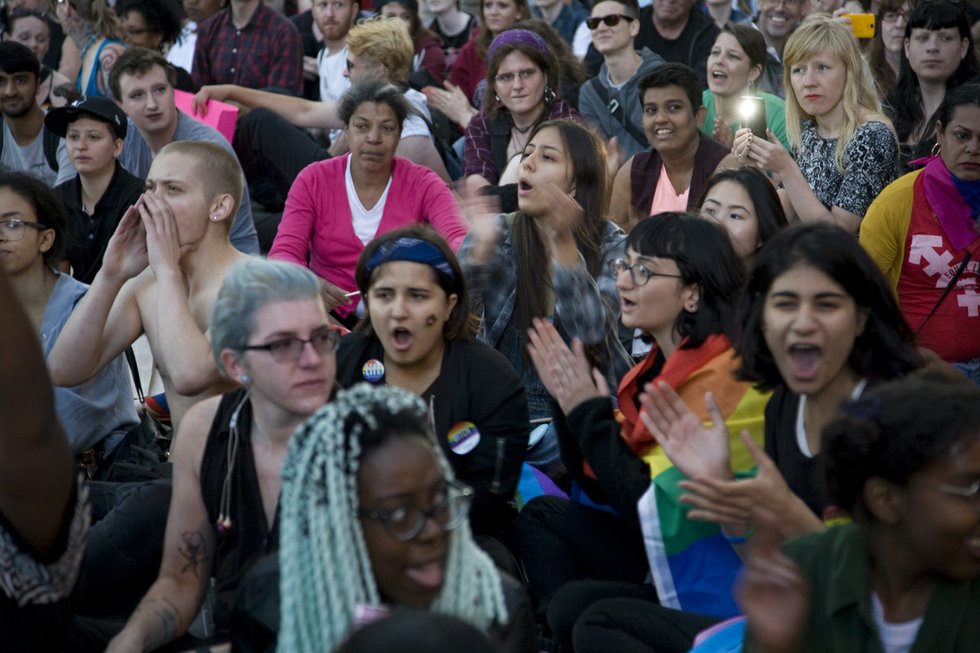 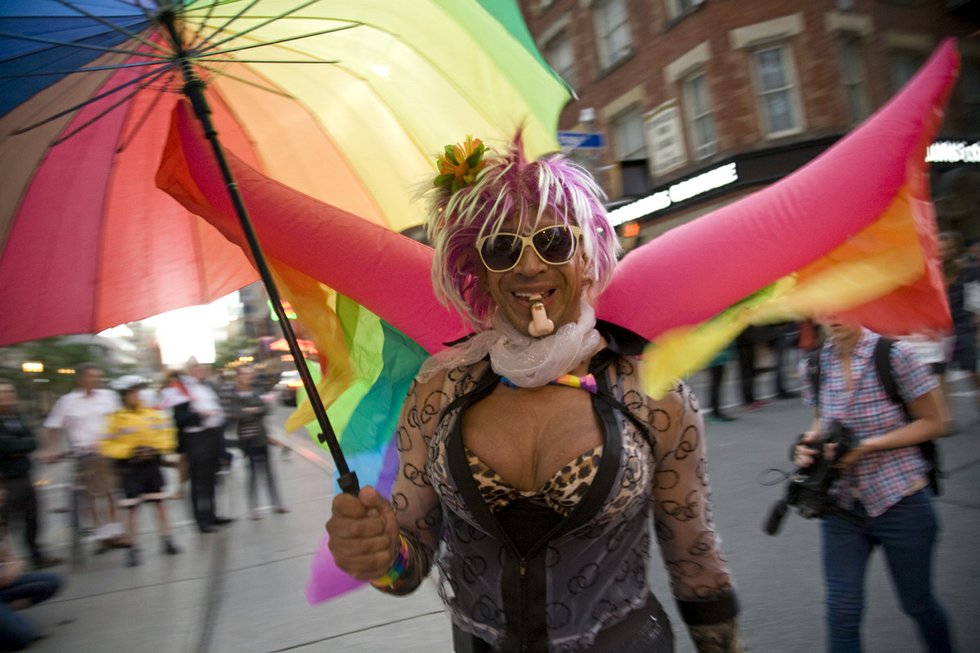 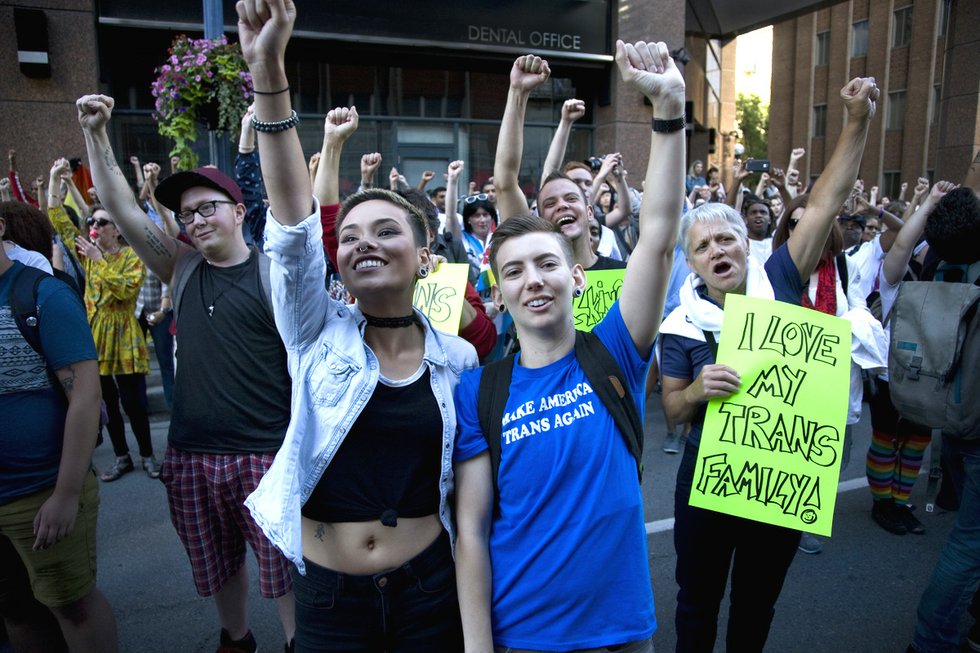 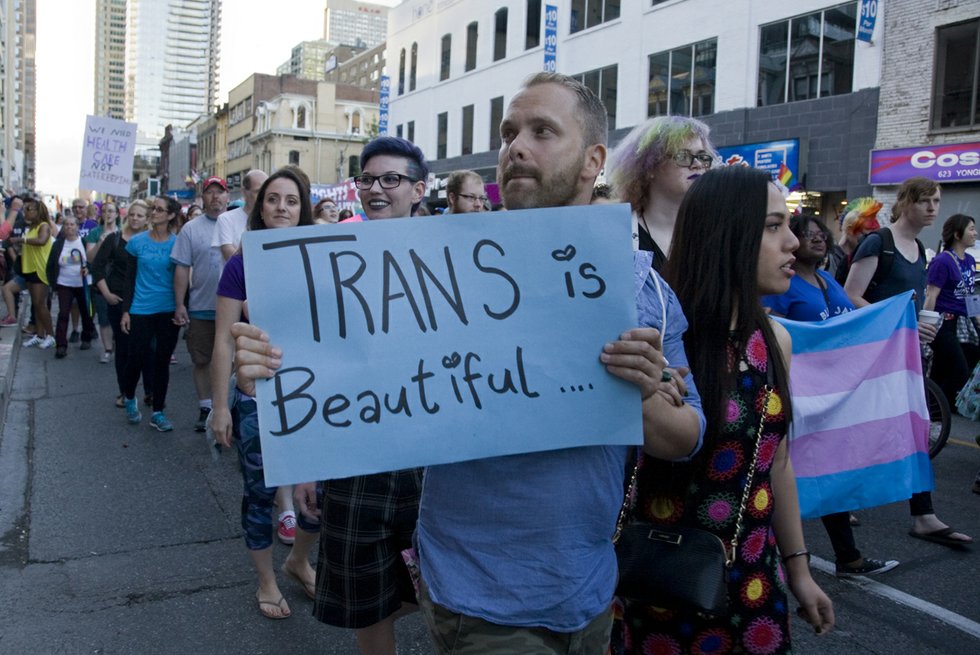 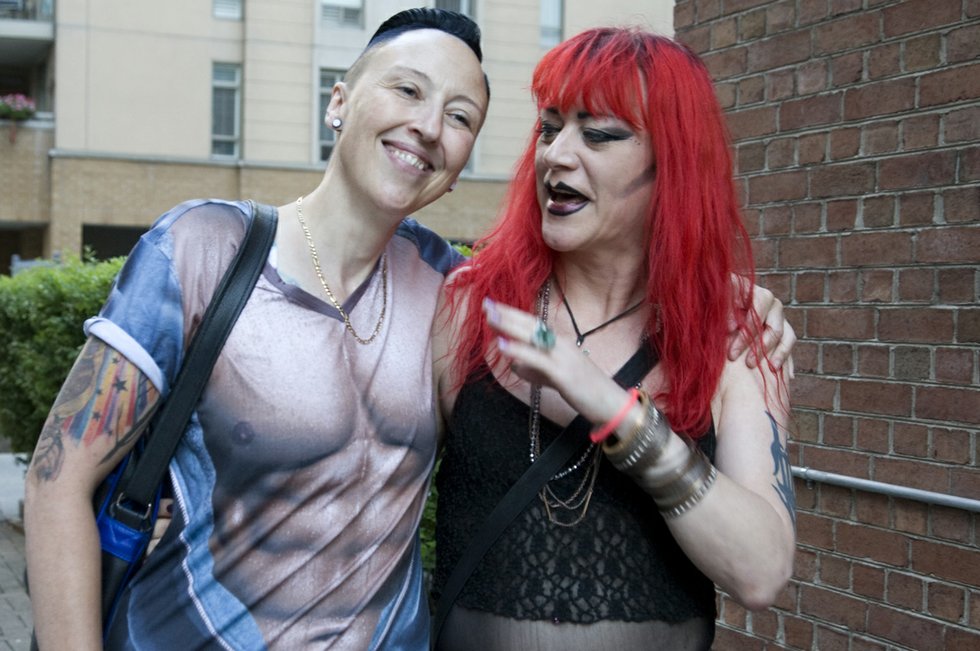 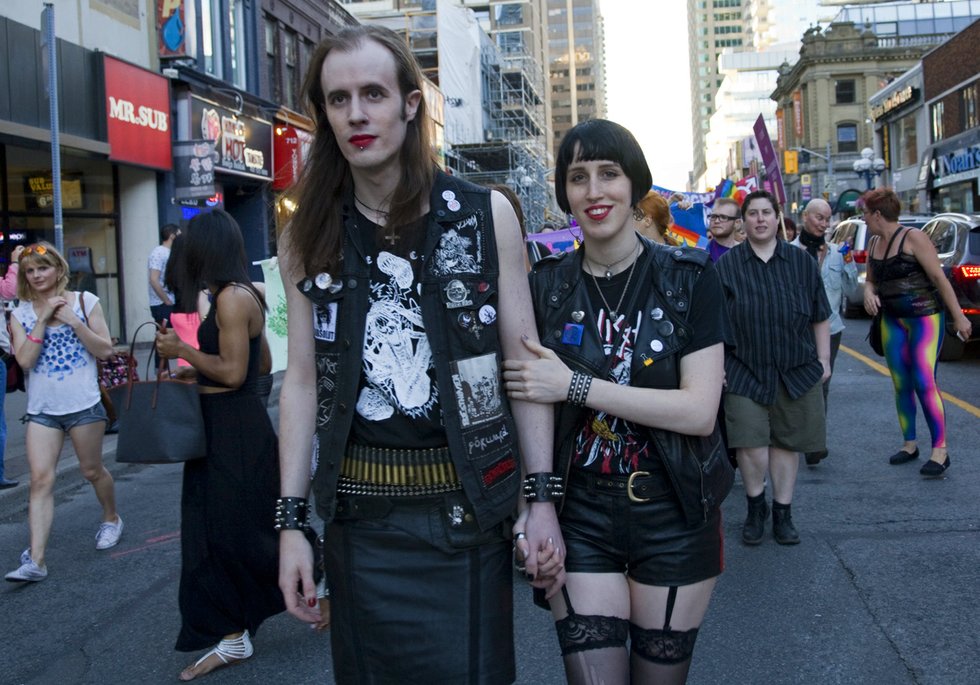 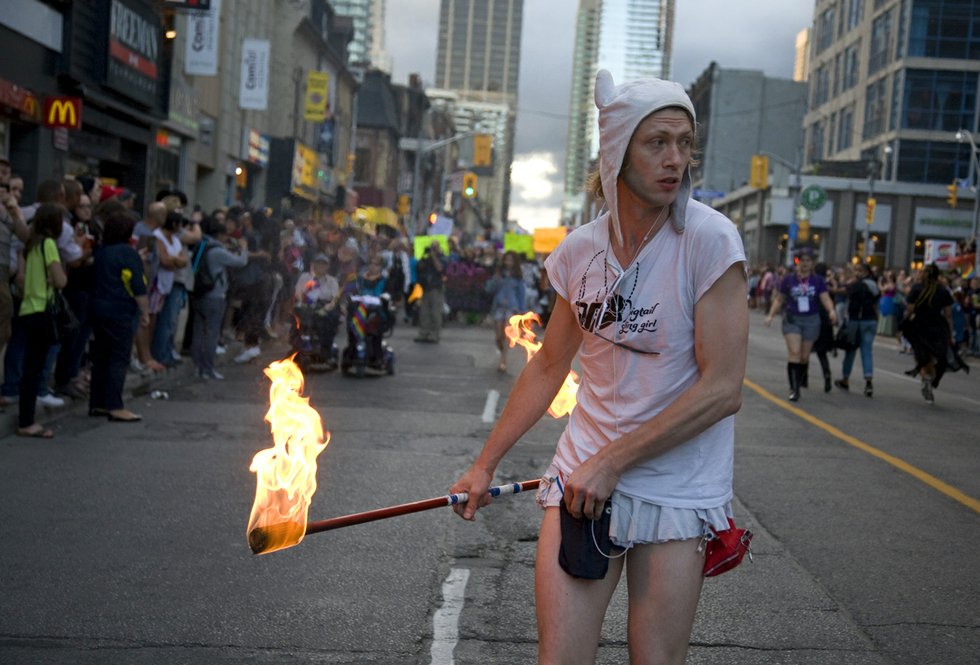 As recently as 2013, trans activists still had to fight — against the city, against the police, against Pride — for permission to march down Yonge. Now it seems inconceivable that the annual Trans March would take place anywhere but.

On Friday evening, more than 10,000 people took to Yonge for what was easily the largest Trans March in Toronto’s history, if not the largest anywhere in the world.

Unlike the Dyke March, which discourages participation from allies, and the Pride Parade, for which groups have to pre-register, the Trans March is open to anyone who identifies as trans* (and/or gender non-conforming) and anyone who want to stand with them. As such, the march’s astonishing tenfold growth over the last few years stands as a visible reminder of the radical social progress that’s been achieved in a very short time.

When the march reached Yonge and Carlton, BLMTO called for everyone to sit down on the ground, to honour those lost in Orlando and repudiate the systems of oppression that create the conditions for such atrocities. The participants heeded the call to descend, as a slow wave gradually spread north until there were thousands of people sitting on the pavement along whole blocks of Yonge.

“Every Pride, every day — look at the people around you — these are the people you take care of,” BLMTO’s Janaya Khan declared to the seated throng. She encouraged to engage with a full range of marginalized peoples and assure them, “I got your back.”

When the march resumed, it turned east along Carlton toward Allan Gardens. But BLMTO broke off, leading a group down Church that wound up at Ryerson University, where the Black Queer Youth stage had been set up far from the heart of Friday’s Pride action:

Basking in the warmth of the peach-coloured sky, it was a beautiful conclusion to 2016’s Trans March. But it wasn’t long before that tenuous bubble of inclusion would burst, returning us to the harsh realities of the very world that necessitates such displays of solidarity:

Shraya is this week’s NOW cover subject and one of the two grand marshals at Sunday’s Pride Parade.