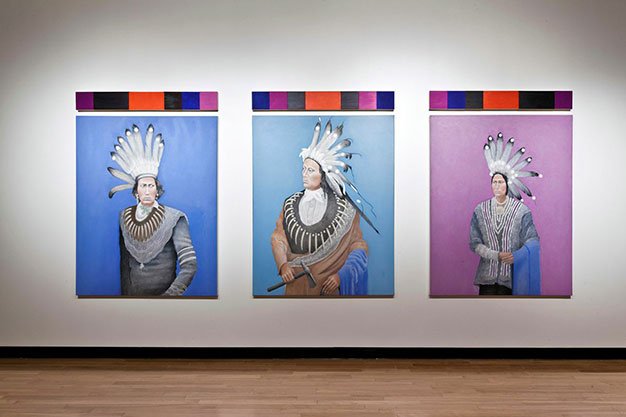 Funded and presented by The Canada Council for the Arts, each artist gets a nice $25,000 cheque for their outstanding career achievements.

This years winners are profoundly shaping Canadas cultural identity, said Simon Brault, director and CEO of the Canada Council for the Arts. We applaud their innovative and powerful work, which invites us to question the state of our world and our own personal destinies in ways that we never would have imagined.

Anishnaabe Saultreaux artist Robert Houle, who combines Aboriginal and modernist aesthetics in his work, has been exhibiting his work internationally for 40 years.

Micah Lexier collects the pieces of humanity’s day-to-day lives and assembles the pieces: found images, records of time passing, measurements. He’s had more than 100 solo shows and appeared in more than 200 group exhibitions.

Drawing on 25 years of experience, master craftsman Paul McClure references medical and biological advancements in his fine jewellery. His work has been shown worldwide.