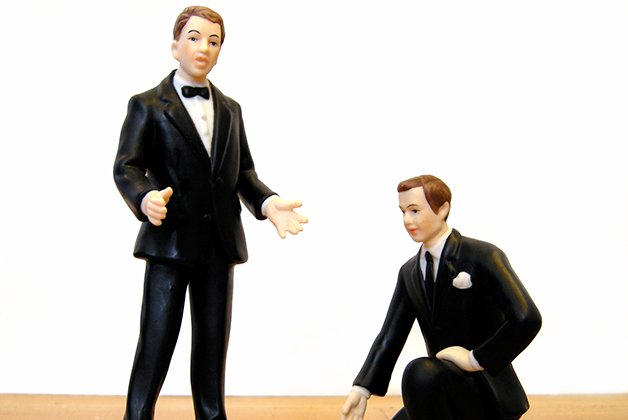 The city of Toronto is rolling out the rainbow carpet and inviting up to 200 LGBTQ couples to tie the knot in what could be the biggest queer wedding in world history.

The event, A Celebration Of Love: A Grand Pride Wedding, will take place at Casa Loma on June 26 during the World Pride festival, the global LGBTQ celebration that Toronto is hosting for the first time this summer.

At a press conference on Monday, May 5, Councillor Kristyn Wong-Tam and Deputy Mayor Norm Kelly said the wedding could be historic. According to Wong-Tam, the current record for a mass gay wedding is held by Rio de Janeiro, where 130 pairs got hitched in December after Brazilian courts ruled in favour of same-sex marriage.

The event will give couples visiting Toronto for World Pride an opportunity they may not have at home. Only 17 countries have legalized gay marriage, according to Pew Research.

Wong-Tam, the only openly gay council member, said the celebration is also a chance for Toronto to turn the page after Mayor Rob Ford made international headlines with his anti-gay actions. In February Ford tried to have the Pride flag removed from a ceremonial pole outside City Hall. Last week he was caught on tape making disparaging remarks about “the gays” who led the flag-raising campaign.

The release of that recording, as well as reports of a second video that appeared to show the mayor smoking crack, prompted Ford to announce on Wednesday that he’s taking a leave of absence to deal with alcohol abuse.

“I think that it’s time for us to show a different face of Toronto, to demonstrate that this is a city of equality and inclusive values, a city that celebrates all its diverse communities,” Wong-Tam said.

She noted that the city has a proud history of protecting LGBTQ rights. In 1973 council passed a motion prohibiting discrimination against city employees based on their sexual orientation, the first legislation of its kind in Canada. The first same-sex marriages in Canada took place here in 2001, four years before Parliament passed legislation making them legal.

That history “can’t be undone by just one person,” Wong-Tam said.

The councillor also praised Deputy Mayor Norm Kelly, who since taking over many of the mayor’s powers in November has been a vocal supporter of the queer community.

“It was never deliberative, it just was done naturally,” explained the 73-year-old Kelly, who is acting mayor while Ford is away. “I think one of the mayors of Toronto once said he was the mayor of all the people, and I felt that I was the deputy mayor of all people. And I think inclusiveness has to be the basic principle of any office that includes the title ‘mayor.'”

The group wedding will take place in the new glass tent in Casa Loma’s gardens. Aside from the price of a marriage licence, it won’t cost participating couples a thing. Liberty Entertainment Group, which took over management the 100-year-old castle in November, has agreed to foot the bill.

Liberty president and CEO Nick Di Donato said he expects the event to cost between $25,000 and $35,000. He wouldn’t say how many registrations have been received since the wedding website went live last week, but he expects “tremendous” interest following Monday’s press conference.

Christian, Jewish, Muslim, Buddhist, New Thought and Humanist officiants will preside over the nuptials, and the ceremony will be followed by cocktails, dinner and dancing. Each couple can invite four guests to the reception, tickets for which cost $45. The wedding colours will, of course, be rainbow.