The organizers behind long-standing DIY space Soybomb announced this week that theyre no longer able to host concerts or events.. 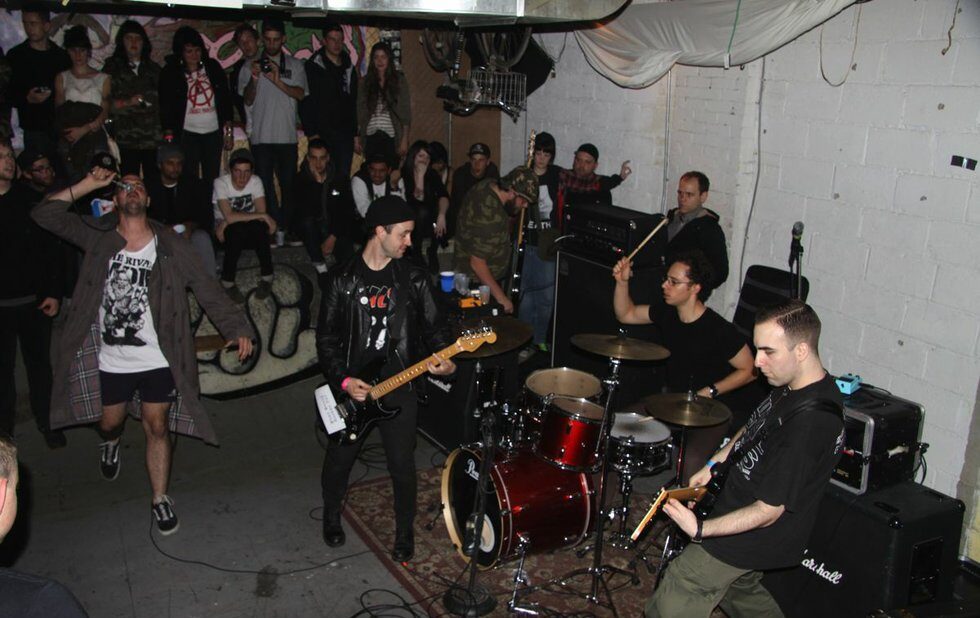 The organizers behind long-standing DIY space Soybomb announced this week that theyre no longer able to host concerts or events. The news arrived shortly after another venue, Hughs Room, closed its doors. But while the latters reasons are financial, Soybomb is facing another kind of hardship.

Theres speculation within the DIY community that Soybombs closure is the result of coordinated attacks by right-wing groups aiming to shut down spaces that foster countercultural art and community.

After the tragic Ghost Ship fire in Oakland in December, these groups, who call themselves Right Wing Safety Squads, have taken to reporting DIY venues across the continent to authorities for fire code, liquor licence and various other bylaw offences. Some believe that in reality, theyre trying to undermine and dismantle communities whose views do not align with their own.

A quick search of 4chan-associated boards reveals a mention of Soybomb in such a thread on December 13, with anonymous users listing the various infractions for which they could report it and other venues. Another thread on a similar board mentions Soybomb on December 15.

We spoke to members of the punk, metal and DIY communities who were welcomed into the space on Bathurst (which has its own mini half-pipe) over the years, and they all made it clear that while Soybomb was a one-of-a-kind venue that will never be forgotten or replaced, the strength of DIY and social mobilization in general comes from the people and community themselves.

Every time another gig happened there, it felt like a gift. Ive had conversations for years with people wondering by what miracle Soybomb managed to stay open. I dont know how many years it was around, but it certainly felt like it had nine lives.

Some of the most fun gigs weve played in Toronto were there late-night after-parties so crowded you could barely move. It was so fun to be the band in the middle of the skate bowl, especially when there was nothing but a sea of people in every direction, sweating, losing their minds and crashing into each other. Though it was a venue first, it always felt to me more like the coolest clubhouse.

Seeing G.L.O.S.S. perform one of their final sets at Soybomb during last years Not Dead Yet reminded me that Im lucky to be part of such an incredible community. Being such a tiny venue, Soybomb often got full quickly, and it was sometimes near-impossible to see the bands. But during that particular set, it felt like everyone in the room found harmony. Ive never seen so many smiling faces in such a hot, sweaty, crammed place.

Some of the best shows Ive ever seen were at Soybomb, and its an extremely fun place to play. It was a really important place for me to grow as an artist and meet a lot of friends. Its a shame its closing because spaces like these are really important for building communities, and promoting alternative music scenes for people who might not have access to expressing themselves otherwise. You know the people who are there and the people operating the space all have stakes in, and actually care about, the outcome of what theyre doing.

With the exception of Jugurtha, all of the bands Im in or have been in in the past decade have played at Soybomb multiple times. Its a place Ive spent a lot of time at show-wise and socially, being friends with people who are there. Even if you werent part of the Toronto music community, people and bands from everywhere were always welcomed.

Its literally like stepping into someones home who happens to run a venue. Its not a bar its a community space and more than just a place to play shows. [The operators have] done a lot of stuff for the community that a lot of people dont realize, like hosting Food Not Bombs and other community-minded organizations.

Im not sure that its done yet. I see this as a challenge, an opportunity for people to think about what they can do as individuals to keep this really important place going.

Soybomb was a main community hub, a safe space where people of like minds could come together and feel accepted for their differences as well as similarities. Above all, we were welcomed with warmth.

I remember sushi skate night with the dudes, ordering take-out from Buddhas Vegetarian, Jays unveiling of his homemade hot sauce. I remember being at some of the highest-energy, sweat-drenched shows Ive ever attended.

As much as we all thought and wanted this place to stay forever, it made sense to Nicole [Lawr] and I to capture Soybomb in [our 2014 documentary] Untold Noise while it was still an integral part of the fabric of the Toronto music community so it wouldnt be forgotten.

This is the nature of DIY spaces. They are transient, mainly because of systemic issues in cities. They flourish and try to sustain themselves for as long as they can. Soybomb lasted for over 10 years 13 to be exact. There arent many DIY venues around town that have lasted that long. Some bars dont even last that long. I wouldnt mourn for Soybomb because its people who made this happen, and we can do it again, bigger and badder.