Just one North Korean requesting refugee status was granted asylum in Canada in 2014, according to statistics from the Immigration. 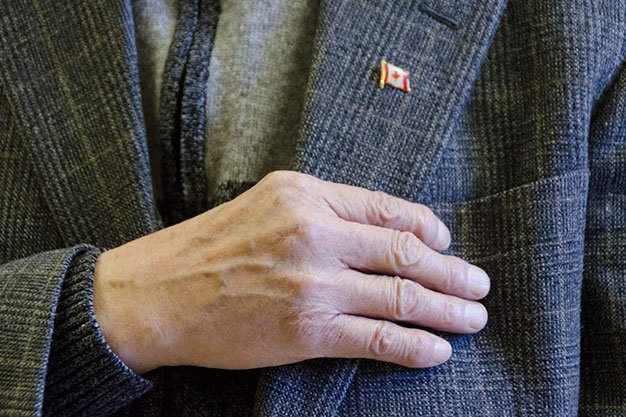 Just one North Korean requesting refugee status was granted asylum in Canada in 2014, according to statistics from the Immigration and Refugee Board of Canada.

This figure follows a sharp decline over the past two years that has seen the number of North Koreans granted asylum drop from a high of 222 in 2012 to 21 in 2013.

Canada has tightened its screening of North Korean refugee applications since it has come to light that most seeking asylum in Canada had first resettled in South Korea following their defection. South Korea not only offers defectors refuge, but claims citizenship over all North Koreans.

They were not being forthcoming about what they were saying in their applications in terms of their stories of arriving in Canada, about [their route] to Canada, says Randall Baran Chong, executive director of HanVoice, Canadas leading organization advocating for North Korean human rights and refugees. They omitted the part about going to South Korea.

All North Koreans spoken to for this article admit to lying about going to South Korea before coming here.

Conversely, if they had come to Canada directly from Asia without going to South Korea, then they would most likely be granted refugee status.

If there are asylum seekers who can make their way here, they would almost certainly always be accepted, the Leader of the Government in the House of Commons Peter Van Loan said following an event in Toronto on North Korean human rights in late January. The difficulty is how can someone get to our shores and make a claim for refugee status. And that, of course, is the challenge.

According to sources within the Korean community, the governments perspective is evolving. Minister of Immigration Chris Alexander is moving forward with a plan to allow a select number of North Korean refugee claimants to come directly to Canada from Thailand, preventing them from having to go to South Korea. This would allow for North Korean refugees a legal avenue to gain asylum in Canada.

But this will be of little help to those already here.

Some years ago, like two years ago, three years ago, every Sunday around 50 [North Koreans] including children, they come to my church, says Rev. Hae-Bin Jung of the Alpha Korean United Church, which, with Councillor Raymond Cho, who is one of its members, has helped refugees with resettlement issues here. But these days I see only around 10 adults, five children. The number is almost gone.

Their reasons for coming here from South Korea vary. Some said they felt persecuted and discriminated against. Others feared they would be killed by spies from the North, or worse, that their family members who were left behind would pay the price for their defection. Representatives at the South Korean Embassy declined to comment.

The portraits that follow are an introduction to the North Koreans most Torontonians didnt know they shared their city with. Their identities have been concealed for their protection.

When K and her infant daughter landed at Toronto Pearson International Airport in early 2013, the brokers were waiting for them.

They had made the route before and I followed them. Otherwise I wouldnt have been able to come here, she says.

In addition to information, the brokers offered her food and accommodation — all for a price.

If the brokers ask for $2,000, you pay it. Also, they ask you to buy them new cell phones and iPads and so on. So in total, it would be a couple thousand dollars, she says.

As part of that fee, they introduced her to a lawyer who K says instructed her to change her name, age and lie on her refugee claimant application by stating that she had not been to South Korea before coming to Canada.

I was helpless and I had to follow their rule, she says, adding, I was so confused. They insulted me several times because I couldnt remember what they had changed about my story. We practiced several times but I couldnt get used to it.

In April of 2013, K was granted asylum by the Canadian Immigration and Refugee Board, and she sent for her husband who was still in South Korea. However, the boards decision would be overturned come that December, just months before the birth of her third child who now holds a Canadian passport.

They think we can live well in South Korea but that isnt true, she says. We came here because we couldnt commit suicide.

It wasnt easy to come to Canada, she says. It took all the money they had to get here and if deported they would be going back to nothing.

Her reasons for coming to Canada were not limited to the persecution and discrimination they receive for being North Korean in the South, but that her husband, who is from a good family origin, was not safe there and his defection could be outed by North Korean spies.

It wouldnt be enough to just kill him with a gun, she says.

The day of our interview is coincidentally the day her refugee visa expired, and she doesnt know what will happen.

I feel like Im waiting for a death sentence.

J, a former high-ranking North Korean government official currently residing in Canada, says he will take his own life if issued a deportation order back to South Korea.

When the Canadian government is going to kick me out, then come to me. I will use my lethal move, J says, on strict conditions of anonymity.

J claims that his life would be no safer in South Korea than in North Korea, and if deported he is as good as dead.

Now an octogenarian, J has been in hiding from the totalitarian country since escaping from an internment compound for political dissidents in the early 2000s. Since defecting, he lived in South Korea under police protection, but states it was of little help as he was frequently contacted and harassed by spies from the north.

Due to his former position, J says the South Korean government has tried to use him in an intelligence capacity and he fears that he could be sent back to the north to gather information about the regime.

I saw many [things], he says, trailing off. That is why the South Korean government wanted to use me. They asked me to join a research laboratory, but I couldnt … North Korea still wants to catch me. The NIS wanted to use me. I feel that way.

J came to Canada in late 2012 following warnings from his neighbours and friends who told him that they had been contacted by people they believed to be spies asking for his whereabouts and phone number.

My friends said to me, Youre in danger, he recounts.

His fear of being exposed is not only for his own protection, but to protect those of his family who still reside in the north. If his defection is discovered, he believes North Korea will employ its three generations of punishment practice, which would see all of Js family either interned as political prisoners or executed.

I wont leave this country until I die. I am going to collect rat poison here, he says, then turning to the interpreter, he asks, By the way, what is rat poison in English?

Js refugee claim was rejected late last year, but he has since applied for humanitarian immigrant status. It will take several months before he receives a response.

Worse than being arrested by Chinese police was having to watch as they beat his wife, D says.

It is okay to be beaten because I am a man, but for a woman, the 47-year-old North Korean defector pauses. I couldnt bear to see them beat my wife.

Leaving their children behind with every intention of returning, D and his wife left North Korea for China to earn money they owed the regime. Earlier, to celebrate the birthday of the now late North Korean leader Kim Jong Il, D, a research technician who studied minerals, was ordered to buy pure gold with government money as a gift for the despot. The gold he purchased ended up being impure and he was asked to return the difference.

After a year and a half in China, they were arrested. An ethnic Korean ratted them out to Chinese authorities for reward, D says. Before dawn the police had surrounded the house they were hiding out at. The owner of the house hid them in an inground kimchi storage shed in the backyard, but police searched out back, and with the butt of a rifle broke the sheds lock.

They didnt let us talk. We were bound, beaten [for two hours], D says.

For three months they were investigated and repeatedly beaten before being repatriated back to North Korea.

I thought we were fucked, he says. … North Korea thinks North Korean defectors are betrayers and would treat us like traitors.

His wife, who before leaving for China had worked for the state political security department, was released from jail because of her connections. She was unable to secure Ds freedom.

D said he was kept in a one-pyong (3.3-square-metre) cell with eight to 12 other defectors. In six months, he never showered, attracting fleas and lice. Before eating his only meal of the day, a red bean and corn porridge, he had to sift it for rocks. The only comfort he had was a threadbare sheet.

Once we woke up, we had to sit up straight on the floor all day long. If you sit like that too long, your ankle bone starts to rot, he says.

But they werent allowed to move. Punishment was administered for the smallest transgression.

If you make a small mistake… they handcuff your hands through the jail bars and hit the back of them with a steel rod used for cleaning rifles, he says. Ds right hand is missing the thumb, index finger and his middle finger is mangled. We couldnt have our hands treated so they got infected and sometimes we had osteomyelitis (an infection of the bone).

D says he escaped while being transferred from the border prison to a prison near the capital city of Pyongyang.

The man in charge of transferring me by train was a high school alumnus of my elder brother and he owed him something, D says. He said that he would tell [the authorities] that I had run away.

The second time they left North Korea they brought their children, and had no intention of returning. And though his wife would be arrested a second time in China only to bribe her way out and they would have to watch as other defectors would be repatriated as they worked their way through China, D believes it was Gods will that brought him to Canada.

I spent precious time here, he said. I am very grateful.

D and his family plan to return to South Korea.

Prior to moving back to Canada in the summer of 2014, Darryl Coote worked as assistant editor with The Jeju Weekly in South Korea and later with Yonhap News Agency in Seoul.