Toronto’s real estate market is a house of cards 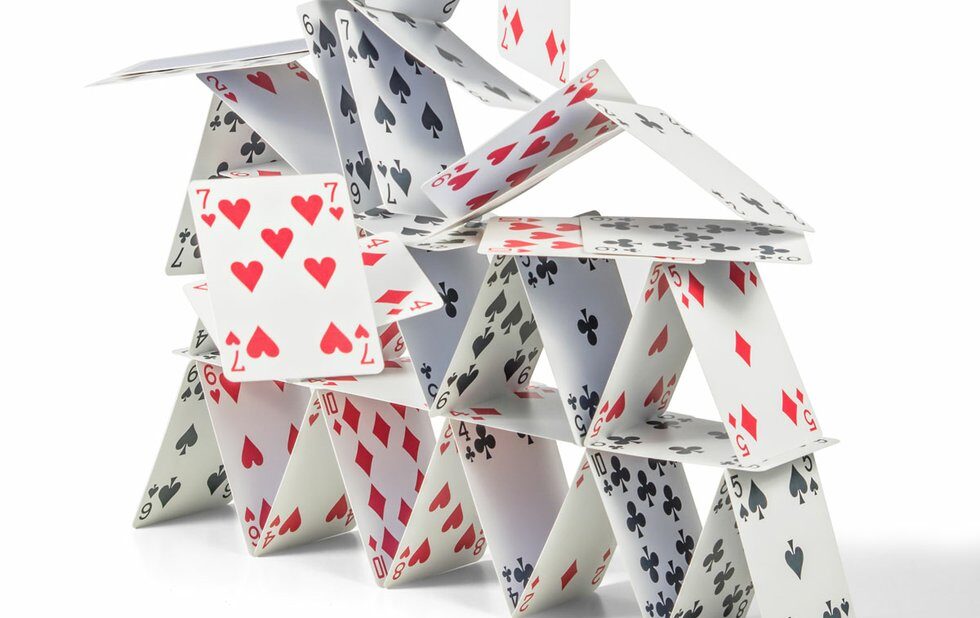 For almost two decades, Torontonians lucky enough to get mortgage approval have been buying into an increasingly inflated housing market and thinking they’re sitting on a gold mine.

Instead, some may find themselves atop a house of cards.

Last week, Bank of Canada Governor Stephen Poloz warned in his semi-annual Financial System Review about a potential drop in real estate prices in Toronto and Vancouver. He said Toronto’s rising prices are “unlikely to be sustained.”

In case you don’t follow Bank of Canada governor-speak, that is a very cautious, circumspect way of warning those in a shaky financial situation to batten down the hatches.

Poloz: “When people say, ‘Well, I need to buy a house because I’m worried that prices are going to go up this much again next year and I’ll be priced out of the market,” in our opinion the fundamentals do not justify that kind of extrapolation.”

When he says “fundamentals,” he means that job growth, incomes and immigration are not keeping pace with the inflated housing market.

For a long time we’ve known that Toronto’s hot house and condo market was entering uncharted territory. As early as 2010, Canadian Centre for Policy Alternatives senior economist David Macdonald warned that Toronto (along with other Canadian cities) was experiencing housing price increases that were “outside of their historic comfort zone.”

It might be hard to remember a time in Toronto when the real estate market wasn’t red hot, but we don’t have to go back too far. In 2008, in response to the global financial crisis, Toronto home prices dropped by almost $19,000 – a 21 per cent decline.

The 1990 real estate crash was longer and deeper. The average house price dropped for six years. At the lowest point of that crash, housing prices in Toronto were 27 per cent lower than when the market started its tumble.

So what can be done?

There aren’t any quick fixes. Reducing wealth and income inequality would put the brakes on those bidding wars. Increasing the supply of affordable housing through public investment would slow the rise in prices as well.

In the meantime, city council should heed the bank’s warning. A market collapse could put a serious dent in Toronto’s finances.

The recent city manager’s report emphasizes our reliance on the land transfer tax – and its associated risks – to balance the budget.

Over the past six years, a $351 million net increase in city revenues was due to the land transfer tax. That represents almost a quarter of the total increase in net revenue.

The review acknowledges that this revenue windfall is a direct result of Toronto’s buoyant real estate market. If that real estate bubble bursts, it will affect the city’s bottom line.

Given the requirement for the city to balance its operating budget, an unexpected shortfall could result in cutbacks in services, tax hikes and new taxes to raise revenue and/or further delays to capital investments in desperately needed public transit improvements.

Bottom line: the potential for a housing correction is another reason why city councillors have to return to greater reliance on the more stable and reliable property tax base to balance the city’s budget.

Sheila Block is a senior economist with the Canadian Centre for Policy Alternatives.