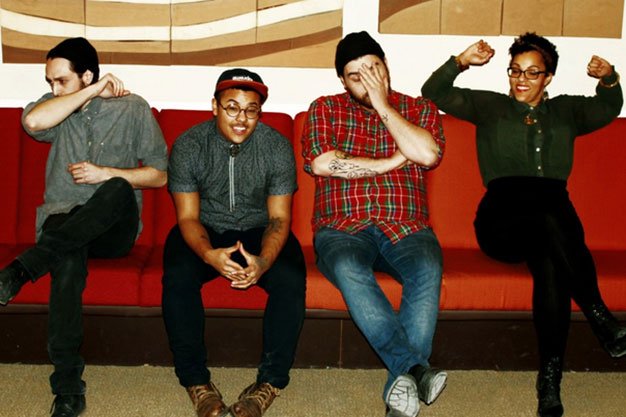 With both its founders headlining this double bill, this show could have been an occasion to commiserate over the erstwhile Mammoth Cave Records, which shuttered its operations this past February. No one seemed to be concerned much about looking back, though, and it’s clear that the label’s folding has done nothing to blunt anyone’s momentum.

The evening opened with a drum-slugging, hard-jangling set from Apeshit Simians, anchored by Fogerty-via-Royal-Headache vox and trash-surf instrumental breakdowns. The treble-searing set was a good palate conditioner for Wrong Hole’s dank vibes, a dark rush of guitar and keyboard riffing with PA-shredding stunt vox and a rickety drum machine seemingly stuck on 160 bpm.

Fist City, familiar to most of the crowd as one of the best trashed-out rock bands in the country, pummelled already high expectations with new songs that showcased unprecedented ferocity and control. They could have easily have blown out a room five times the size.

Out of their scorching tailwind, Tough Age hurled gorgeous slabs of guitar bliss, ringing with enthusiasm and showing no signs of having undergone a very recent reconfiguration with former members of the Ketamines.

On a night full of familiar faces and band names, the agenda was resolutely focused on not giving a single fuck about the past, and recklessly but determinedly steamrolling into the future.