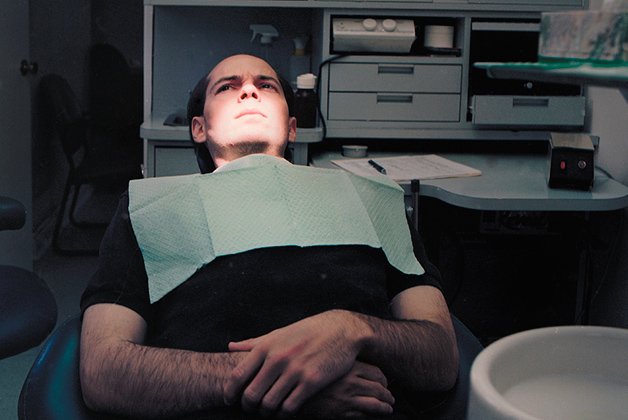 Derek Bogart is exceptional as a film animator with a laughable passion project in Tower.

Ryerson student Kazik Radwanski’s impressive debut makes exceptional use of a micro-budget to construct a tight character study of a slight character.

Derek Bogart plays Derek, an awkward 34-year-old Toronto loner who lives in his parents’ basement and shrugs off relationships just as he does goals and responsibilities. He’s a repellent person who spends more time telling people he works in animation than he actually does working. His laughable passion project, a brief animation about an alien building a tower with stones, is as incomplete as he is.

That’s all there is to Derek, and its testament to Bogart’s inspired performance that such an inconsequential character can hold our attention.

Radwanski shoots the entire movie in claustrophobic close-ups, a technique that helps him budget-wise (he doesn’t have to worry about what else is in the scene) and builds toward a unique experience that keeps us glued to Derek’s face. The talented young filmmaker dares us to look closely and find redeeming qualities in his central character, without offering an easy rationale for doing so.

He also dares us to do the same with his movie, and in that respect it’s much easier to oblige.