Don't let a made-in-Canada label fool you: most big brands bury the eco crimes that happen in their supply chains 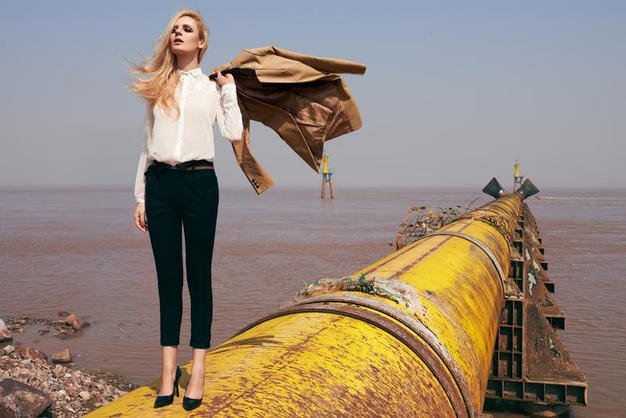 While Canada’s top fashion designers readied their collections for the start of Toronto Fashion Week, an altogether different gathering of fashion lovers convened at Evergreen Brick Works on October 19 and 20.

At the second annual World Ethical Apparel Roundtable (WEAR), conscious fashionistas mingled with members of non-profits, academics and reps from major brands and retailers, including Hudson’s Bay and Joe Fresh, to talk about how to stitch together a more sustainable industry.

Since the Rana Plaza factory collapse that killed more than 1,100 people in Bangladesh two years ago, pressure has been mounting on the industry to improve conditions for workers toiling for low pay in factories abroad.

The $1.2 trillion global fashion sector isn’t only one of the world’s biggest employers, it’s also one of the most polluting after the oil industry.

We now buy 80 billion items of clothing a year – that’s 400 per cent more than two decades ago – all at ever-cheaper prices for shoddier garments. Canadians throw out 32 kilos of clothing each year.

With 200 tonnes of water polluted for every tonne of textiles produced, it all comes at a very steep price for the planet and for workers earning as little as $38 a month.

Some Canadian companies are making a conscious effort to avoid factories abroad that may be exploiting workers and weaker environmental regs. Oliver Madison, the founder of Toronto-based Me to We Style, says the company is staying local by focusing on the basics, like Ts and tanks. 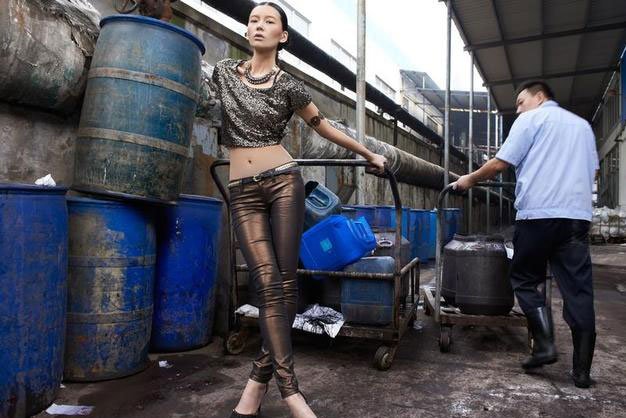 Two-thirds of Canadian shoppers will make an effort to look for a made-in-Canada label when purchasing clothes, according to Madison. A third will pay 15 per cent more for domestic threads.

Kathy Cheng, president of WS & Co., one of Canada’s leading apparel manufacturers, which sews for Roots and Preloved, says made-in-Canada means “built-in governance,” and that opting for products with a made-in-Canada label “is an ethical act.”

But made-in-Canada still doesn’t tell you if your garment was made without trashing the planet.

While Me to We works mostly with organic cotton and recycled poly and Preloved reconstructs a lot of vintage textiles, use of conventional petrochemical-based fabrics like polyester, nylon, acrylic, olefin and destructive, tree-pulp-based rayon and viscose are still run of the mill in the industry. So is pesticide-drenched and genetically modified conventional cotton, although choosing fabrics marketed as “organic” doesn’t guarantee that they weren’t sewn in sweatshop or treated with hazardous chemicals and dyes.

At WEAR’s panel on sustainable textiles, a representative from the Global Organic Textile Standard (GOTS) talks about the importance of filling in the information gap. GOTS is the only organic textile certifier that goes beyond the field and covers how organic fibre is processed, manufactured, packaged and traded, with stipulations for environmental protections and fair labour.

Some conscious brands like PACT are getting both GOTS and fair trade certified. While fair trade logos are big in the UK and a growing number of American brands are stamping the GOTS seal on everything from mattresses and sheets to socks and jeans, few Canadian brands are certified.

What’s the holdup? I put the question to Kate Black, a Toronto-raised, New York-based author of the newly released book Magnifeco: Your Head-To-Toe Guide To Ethical Fashion And Non-Toxic Beauty. It comes down to economics.

Because local designers are already paying higher wages for production, sustainable textiles may “push the cost over an affordable threshold for their customers,” Black says. Plus, with big brands like H&M buying up the world’s organic cotton supply, smaller brands might not have affordable access.

Andrew Morgan, director of The True Cost, a documentary on the impact of fashion on the planet, says it falls on everyone in the industry – be they designers, certifiers or corporate social responsibility types – to do a better job of telling the story.

“Most people buying clothing still have never thought about this. How do we figure out how to tell this story in a bigger, bolder, better way?”

One tool apparel corporations use to assure us that those stores have been double-checked and verified is third-party factory auditing. The vast majority of brands producing offshore will tell you that they’re regularly audited. Yet, problems still persist.

Former industry insider Michael Lavergne, author of the exposé Fixing Fashion: Rethinking The Way We Make, Market And Buy Our Clothes, has some blunt words on that score.

He estimates that about 70 per cent of audits reveal that brands are either guilty of some form of non-compliance, breaking laws outright or failing to meet their own code of conduct.

The industry, Lavergne says, has “institutionalized illegality, and profiting from it.”

Still, he admits some in the textile and apparel industry have done fairly well at greening their act behind the scenes. Nike and Adidas are reducing VOCs and other hazardous chemicals in their production processes, thanks in part to Greenpeace’s detox campaign.

An unusual collaboration between Walmart, one of the world’s largest retailers, and Patagonia, one of the most conscientious, has resulted in the Sustainable Apparel Coalition’s Higg Index, a tool to measure and reduce the effects of the industry’s environmental, social and labour practices. So far heavy hitters representing 33 per cent of the world’s footwear and apparel industry have joined the coalition.

It’s early days and still hard to say whether this self-assessment tool will end up improving the situation, but the hope is a label to alert shoppers to a garment’s reduced impacts, sort of like a nutrition label.

Some fashion schools are trying to get at the root of the problem by weaving sustainability into their curriculum.

Still, Ryerson school of fashion chair Robert Ott admits the industry’s very nature is at odds with sustainability. “Our business is about selling people more stuff they don’t need.” Case in point: even when H&M brought a clothing recycling program to its stores, it offered a discount on new clothes, perpetuating the fast-fashion consumption cycle.

The fact that we’re stretching the earth’s resources to the brink may be the crack in the change room door we need. For the first time ever, the fashion industry will be on the agenda at the UN climate summit in Paris – a big step for a sector that has kept a lot hidden in its closet.