TRACY MORGAN performing as part of the Canadian International Comedy Fest, at the Sony Centre for the Performing Arts (1. 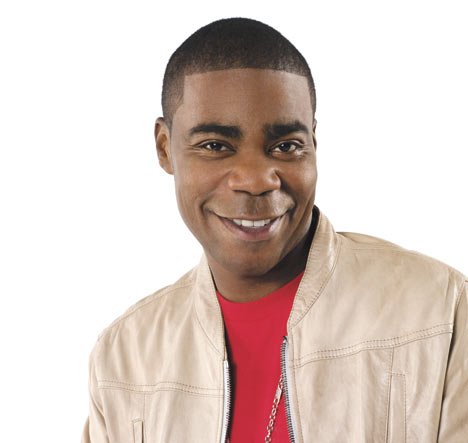 There are comedians and there is Tracy Morgan, whose unapologetic style has led him to say things he’s had to apologize for later.

Remember when the 30 Rock star unloaded a litany of brutal homophobic comments onstage in Nashville last June, provoking the ire of GLAAD and a public reprimand from his boss, Tina Fey? The rest of Morgan’s summer was spent on a mea-culpa promo tour of sorts that saw him retracting his statements, meeting with LGBT youth and voicing support for same-sex marriage.

In a phone interview, Morgan seems exasperated by the subject.

“I don’t really like to dredge up old things. That was a year ago,” he says. “Out of my whole career, all the things that you’ve seen me do, that’s all people can remember me for?

“That right there, I didn’t want to hurt anyone. I was just doing material,” he says. “I was just doing stand-up, and someone in the audience didn’t find that funny. So what happened happened.

“Obviously, I offended somebody, but in stand-up comedy, if you’re not offensive, you’re probably not funny,” he says, invoking the names of Lenny Bruce, George Carlin, Richard Pryor, Eddie Murphy and Martin Lawrence. “Unfortunately, not all of us can be Seinfeld.”

30 Rock, part of the Thursday-night NBC lineup that Seinfeld once occupied, has used Morgan’s “Michael Richards moment” for fodder in its current season. The series also spins his many eccentricities – his love of exotic fish, strip clubs and Benihana (he will visit the Teppanyaki chain’s Front Street location while in town, he says) – into his character, Tracy Jordan.

But please don’t confuse Morgan with his cartoonish sitcom persona.

“I mean, that’s my sense of humour on there, but Tracy Jordan is an image,” he says.

The real Morgan is far more complex, as anyone who’s read about his hard Brooklyn upbringing in his 2009 memoir, I Am The New Black, or kept up with his ongoing health issues and personal drama on TMZ can tell you.

“There are quite a few sides of this diamond that people haven’t seen,” he says. “But that’s a really personal thing, and a private thing, and I don’t know if I want to show the world all of that.”

Still, the Saturday Night Live alum does mine his life for the absurd gems that make up his crass act, which he describes as “funny, funny, funny, real. Something people can identify with, relate to and laugh at.”

On that last point – the laughter – Morgan says he has a 100 per cent success rate. That’s a result of never having to deal with the usual early-career struggles that most comedians endure – one of the benefits of being on SNL before establishing himself as a touring stand-up.

“It’s much easier for me to bring the room into my world. You ever heard of Tracy Morgan getting booed?”