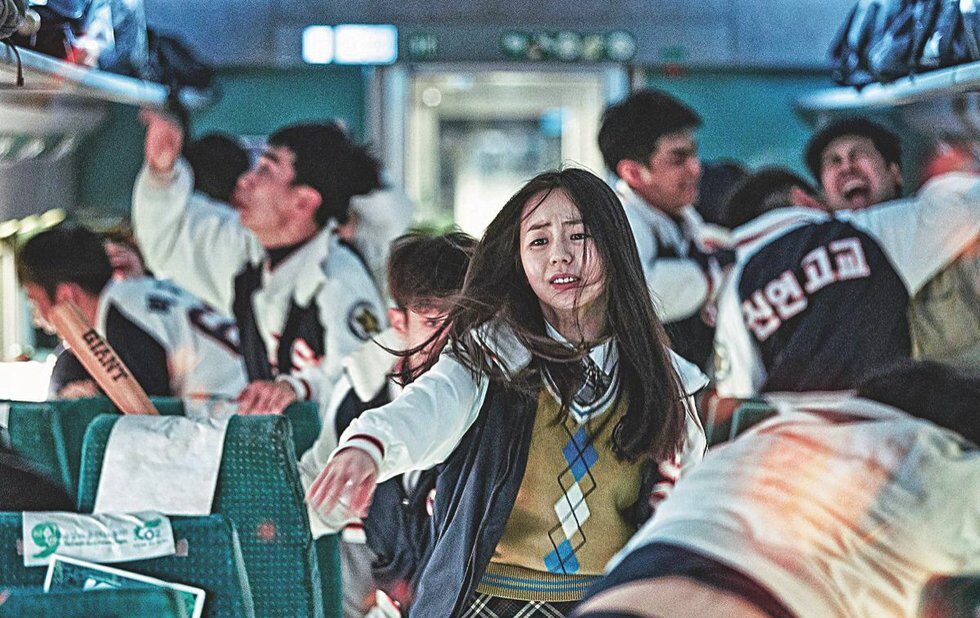 Yeon Sang-ho’s Train To Busan is the best fast-zombie picture since the Dawn Of The Dead remake. It’s also an awful lot of fun.

The live-action debut of animator Yeon (The King Of Pigs, Seoul Station), Train To Busan has a particularly high concept: almost the entire film takes place on a speeding train travelling from Seoul to Busan, and its focus is on a handful of passengers trying to survive an outbreak already in progress.

Visually, the action is exaggerated without ever tipping over into cartoonishness, and the monster concept is similarly grounded: the zombies contort and spasm at weird angles, moving in a way that’s recognizably human but also fundamentally wrong. And Yeon delights in the visual contrast of a raging horde of them smashing around in the confined space of a train carriage. Complications arise, panic escalates and things go terribly wrong in just the right way – and amazingly, there’s almost no resemblance to the other recent Korean genre-on-a-train movie, Bong Joon-ho’s Snowpiercer. Enjoy.