I remember thinking one year, "I want a penis for Christmas!" 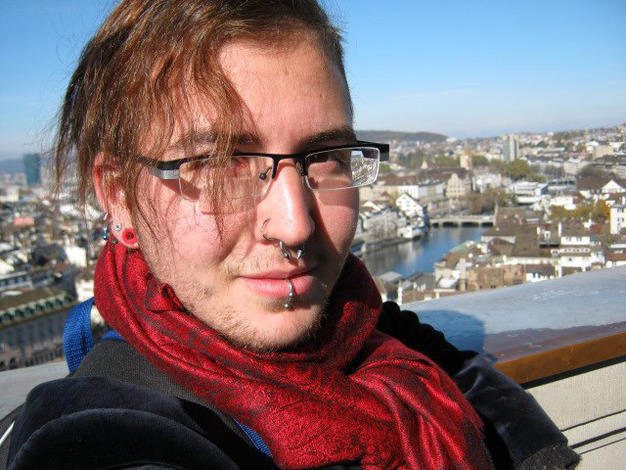 When I was four or five years old, I realized I wasn’t like the other girls.

I liked Batman, Ninja Turtles and playing with the boys. I wanted to wear jeans and a T-shirt instead of skirts and dresses.

I remember thinking one year: “I want a penis for Christmas!” But honestly, how would you wrap that? Would you put a bow on it?

I was often labelled a tomboy, and my nickname growing up was a more masculine version of my given name. I liked the attention I received for my athleticism, physical strength and perceived ability at Super Mario. I never liked wearing panty hose it’s the Devil’s hosiery!

None of these things bothered my family. I was just me.

But in Grade 5, the kids at school started bullying me. They were relentless. One day I stared into the creek that ran behind the school, thinking I’d just jump in. Seventy-seven per cent of trans people contemplate suicide. I joined the 77 per cent at 10.

Through the rest of Grade 5 and 6 I desperately attempted to fit in. I wore feminine clothing, I wore makeup. But my efforts failed. When I told my parents how miserable I was feeling, they agreed to let me enroll in a Catholic all-girls’ school. I figured I’d forget this wanting-to-be-masculine nonsense.

I’d jumped from the frying pan into the fire. Instead of being bullied by my schoolmates, I was bullied by my principal and some teachers.

By Grade 8, I was so anxious that some mornings I drank from a whisky bottle hidden between my stuffed animals just to get out of bed. There were days I’d get yelled at by the principal when I hadn’t broken any rules. Not knowing what I was doing wrong, I had no idea how to make this stop.

When my parents became aware of how badly I was being treated, they let me transfer to a public school with a specialized performing arts program.

I excelled. I was able to be myself. I had a beautiful girlfriend and didn’t have to wear a crummy uniform. I was also not any happier. I couldn’t stand the sight of myself.

It occurred to me that I was so unhappy, so uncomfortable in my own skin, because I was a boy trapped in a girl’s body. I started my transition.

By the time I was 16, I was dressing as male full-time and using the name Vincent. Fortunately, my teachers were all very supportive. My parents, unfortunately, were not. They struggled with the loss of their daughter.

One more failed suicide attempt made them realize that this was what I needed to do and, most importantly, that I needed their support to do it. From that moment on, they’ve backed me 100 per cent.

I was able to transition medically without any problems. I started university in 2008, and in 2011 had a double mastectomy.

I finally felt complete, and comfortable. I could look at myself in the mirror shirtless and say, “Hey, sexy!”

In 2012 I graduated with a degree in English literature but lost my job when my employer went out of business. That enforced leisure would last almost two years, giving me plenty of time to facilitate trans support groups and engage in public speaking about my experience. All of that led to my current position with a trans organization in Sudbury.

Yes, you heard me: there is a trans organization in northern Ontario. We were one of the first stakeholder groups to advocate a ban on conversion therapy for teens under 18, NDP MPP Cheri DiNovo’s Bill 77, the Affirming Sexual Orientation And Gender Identity Act. It was passed on June 4. It will save lives.

I say thank you to DiNovo and to all the members of the provincial parliament who voted in favour of it. Thank you as well to my parents and loved ones who supported me so I can continue to fight for those who cannot fight for themselves.

And thank you to those who bullied, tormented, dismissed, harassed and abused me. Without you, I would never have known how painful life can be, or how to take that pain and suffering and fight to make it meaningful, and worth living through.