NOW MagazineNewsTaken for a ride?

Taken for a ride?

The TTC says its subway trains are on time 95 per cent of the time, but the commission’s reliability benchmark makes it tough to tell how we stack up against other transit systems 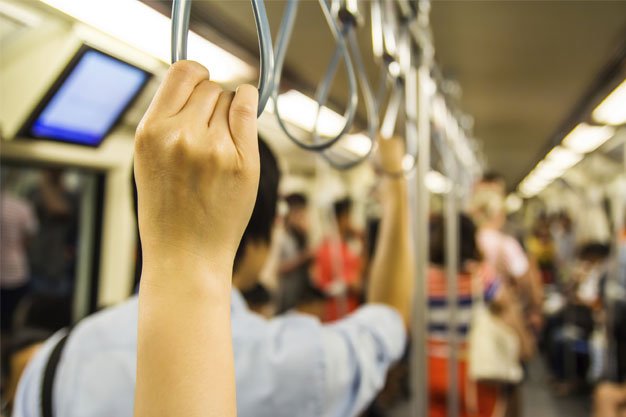 When the subway system was hit by two major service disruptions in the span of one hour earlier this month, passengers were frustrated but hardly surprised.

The signal failure that shut down a portion of the Yonge-University-Spadina line during morning rush hour on November 5 is becoming the stuff of routine. The twist was that it coincided with a simultaneous but unrelated failure near Broadview on the Bloor-Danforth line, leading to a nightmarish commute for thousands on the country’s busiest transit system. Less than a week later 1,000 riders were stuck in a tunnel near Museum station for almost an hour as the TTC struggled to cope with an injury at track level.

With such delays seemingly striking on a regular basis, TTC riders could be forgiven for thinking our subway system is sub-par.

But how reliable is it compared to other cities’?

The short answer is that it’s almost impossible to tell, because transit agencies around the world use different methods to track performance. An industry association has performed comparisons, but TTC spokesperson Brad Ross says he can’t share the details because the reports are proprietary.

Ross will say that Toronto’s subways are “pretty punctual,” and judged by how much it costs to operate, the TTC is among the most efficient transportation networks in the world.

Absent any official comparison, NOW did our own analysis based on the performance benchmarks different transit agencies set for themselves. On that basis, the TTC’s subway, which carries 1.3 million people on an average weekday, performs about as well or slightly worse than Montreal’s Metro, which is a bit smaller than the Toronto system. Compared to larger networks, the TTC meets its reliability targets much more often than New York City’s subway but less often than the London Underground.

According to the TTC’s most recent monthly reports, Toronto’s subways were on time 95.1 per cent of the time (the combined average of the three lines, weighted by passenger volume). The TTC defines “on time” as being within three minutes of scheduled arrival.

There are significant differences in reliability, however, depending on the line.

The TTC also sets punctuality targets for each line, and over the last 12 months, Line 4 was the only one that consistently met its standard, owing mostly to its low ridership numbers, while on average both Line 1 and Line 2 failed to meet theirs. Twice over the 12-month period, punctuality on Line 1 dipped below 92 per cent.

On a typical weekday, 731,880 people use Line 1. That high volume contributes to delays in the form of increased security incidents and passenger alarms. A major source of problems is a signal system that dates back to 1954, the year the subway opened. The TTC is working to replace the signals by 2020, but in the meantime their aging, failing parts continue to cause delays.

While Toronto’s subway isn’t always on time, Murtaza Haider, a transportation expert at the Ted Rogers School of Management, says it’s still “extremely reliable” considering recent governments have been fixated on building new lines instead of maintaining current ones.

“The average delays are on the low end of the transit spectrum,” he says. But “because of the under-investment, we end up having problems.”

By its own benchmarks, Montreal’s Metro is a little more reliable than the TTC. According to the Société de transport de Montréal, it carries about 895,000 riders on an average weekday and delivers 97.6 per cent of them to their destination on time.

New York’s subway is more than four times busier than the TTC, carrying 5.4 million people on an average weekday, and according to its own measures it performs much worse than Toronto’s system. More than one in five Gotham commuters wait longer than they’re supposed to: system-wide weekday wait times meet the Metropolitan Transit Authority’s standard only 78.2 per cent of the time.

The London Underground carries 4.2 million riders on an average weekday, almost as much as the New York subway. Compared to North American systems, Transport for London uses much more complex performance indicators to track reliability, and by almost all of them the Tube does well.

Delays are down 54 per cent from 10 years ago, the result of a multi-billion-pound investment that began in the run-up to the 2012 London Olympics, and TFL operates 98 per cent of its scheduled subway journeys.

The Tube also keeps track of “lost customer hours,” the cumulative amount of time that passengers are delayed. In a recent 28-day period, each rider lost an average of only about 52 seconds to major service disruptions.

Toronto transit blogger Steve Munro says the Tube’s performance measures are much more accurate than those used by the TTC, which relies mainly on punctuality. That doesn’t indicate how many passengers are actually affected by delays, or take into account the fact that disruptions of only one or two minutes can cause cascading problems during rush hour.

Munro would like the TTC to introduce measurements that give “a better sense of what the passengers actually see.”

TTC CEO Andy Byford, who worked as a general manager for the London Underground before coming to Toronto, has promised to introduce more sophisticated performance metrics, but Munro says they haven’t materialized.

“They keep talking about doing this, but they never show up.”

The TTC has tried to help riders cope by improving its communications strategy the agency launched a customer service Twitter account in 2012 and offers e-alerts that can be personalized to customers’ regular routes.

Transport for London goes a step further: passengers are eligible for a fare refund if they endure a service interruption that lasts 15 minutes or longer and is caused by something under the transit agency’s control.

Since 2010, New York’s MTA has offered an online verification service through which the agency will provide passengers with written confirmation that their trains weren’t on time. The transit system’s equivalent of a doctor’s note, the verifications allow riders to give employers or teachers an explanation for why they were late. Between June 2010 and October 2013, the MTA gave out 250,000 such notes, according to the New York Times.

Ross says that for the moment, the TTC has no plan to invest in similar programs here. “We would argue that it’s better use to take that money and reinvest it back into the system,” he says.