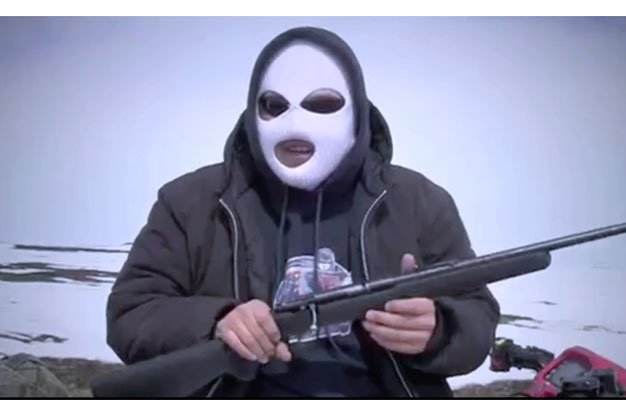 Still from Dominic Gagnon’s YouTube collage film Of The North.

As a collage filmmaker, I received reports of the screening of Dominic Gagnon’s incendiary Of The North the way the World Trade Center apprehended that second airplane: big, big trouble.

The response to its showing at the Montreal International Documentary Festival in late November has been an explosion of condemnation, led by Inuit throat singer Tanya Tagaq, whose outrage on social media – she called the film racist – was shared by other artists and commentators. The words “physically ill” came up a lot.

Of The North has been pulled from circulation to remove Tagaq’s music, which Gagnon used without permission. And Gagnon says he will happily erase footage as requested.

But his public pronouncements on the controversy surrounding the film have not helped the discourse, from “I don’t know any stereotypes about Inuits” to “It’s a fantasy… the point is to provoke” to “I don’t see where the privilege comes [in].”

Others associated with the project have defended it as “beautiful” and “a critical discourse on colonialism.” Notes for the trailer describe it as an extension of Gagnon’s Hoax_Canular, on “the obsessions of a Western youth tempted by nihilism.” Personally, I see more nihilism than critical discourse here.

In Of The North, the ugliness inheres not only in the source material, but in the arrangement of sequences. As Gagnon clearly knows, for all his talk of “how they represent themselves” (the YouTube material was shot by hundreds of amateur Inuit filmmakers), the editor holds the power of meaning and interpretation. And Gagnon’s perspective is both alienated and ill-informed, almost proudly so.

So. This happened. What now?

Perhaps it’s naive of me to be shocked that arts admins let the issue get this far out ahead of them. Unsurprisingly, it seems there was no aboriginal representation on the jury that okayed funding for Gagnon’s project, $32,000 of which came from the Conseil des Arts et des Lettres du Québec. I’ve been on arts council juries, and “quality of reflection” is a general principle of evaluation. This is an obviously contentious project.

I hope someone has learned a lesson from this. But above all, I hope art programmers don’t jump to disqualifying appropriation-based work altogether, which would be the shortest and most catastrophic route to bureaucratic ass-covering.

Inuk filmmaker Alethea Arnaquq-Baril criticizes Gagnon’s work “because there are prominent figures in the film who obviously didn’t want to be in it. They didn’t even want to be in the original YouTube clips, never mind in an internationally distributed film.” In response, she suggests that arts administrators should demand proof of “errors and omissions” insurance to ensure that there’s no copyright infringement. 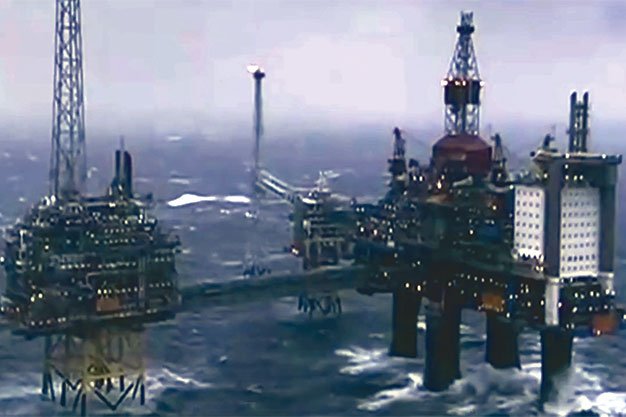 A still of an oil rig in Of The North

Leaving aside the massive diversion of funding resources from artists to lawyers that this would represent, who would this really benefit in the long run? Do we want to cut off the liberating possibilities of reverse appropriation, like those “Caucasians” T-shirts or the brilliantly manipulated visuals of A Tribe Called Red’s live shows? We will stifle and render invisible countless marginalized artists from all communities if we adopt the endless legal hoops of broadcast-style bureaucracy.

And, finally, a message of sympathy to Gagnon himself: you have just learned the first rule of activist engagement, one I had to learn myself and expect to again: your best intentions will not stop aboriginal folks from telling you when you’re full of shit – when you’re haplessly replicating, as you put it, “all the things I wanted to denounce.”

As settlers, we have a lot to learn, and more to unlearn, when it comes to indigenous culture. Please keep learning. Keep your own sense of persecution in perspective and recognize where we are indeed privileged. Create new spaces for listening – preferably earlier in the creative process.

The well-being of aboriginal communities is finally ascendant in our national dialogue. Other voices are demanding to be heard. This is good. Let’s cultivate a culture of collage cinema that understands this process and helps it along.

Jonathan Culp is a Toronto filmmaker and musician.