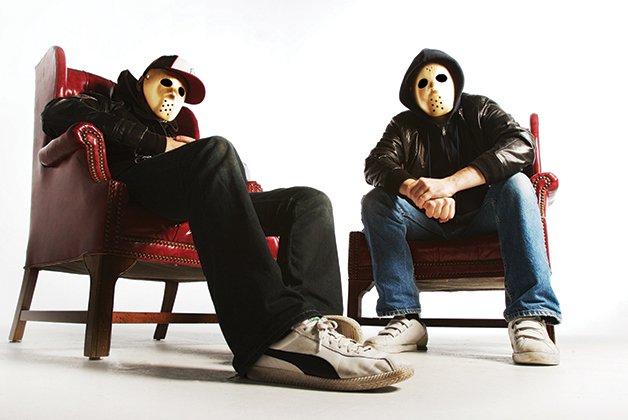 It’s a big couple of weeks for independent Canadian record purveyors. You’ve Changed, Last Gang and Kelp are all celebrating milestone anniversaries – quite an achievement, considering the current music-buying climate. We spoke to label heads to learn how to survive – nay, thrive – past your fifth, 10th – even 20th – birthday.

Anniversary specials: Marine Dreams is launching a new cassette, Lemon Tree, at the party, and vinyl and CDs are just $10 on the website.

Why did you start You’ve Changed?

“Blind enthusiasm. On the way home from [Sackville, New Brunswick, music festival] Sappyfest 2008, we thought anything was possible. And [Welland band] Attack in Black was producing a lot of music, so we said, ‘Let’s just do it!'”

What was your first big break?

“Daniel, Fred & Julie in December 2009. They recorded it over a day or two, and that album really resonated with people. They started playing shows that were totally magical.”

“Keep going, keep making records and do it because you love it. We put out a relatively small number of records a year so that we take on only what we can manage.”

Inception: Chris Taylor and Donald Tarlton first shook hands on the idea of starting up Last Gang at Pop Montreal in 2003.

Debut release: Metric: Old World Underground, Where Are You Now? (May 2004)

Anniversary specials: Free T-shirt for everyone at the anniversary party.

We spoke to: Chris Taylor, co-founder

What was your first big break?

“Our international focus helps a lot: if we weren’t selling records in the U.S. and the UK, it would be tougher. Government funding also helps. And you have to pick the right bands – if you look at any indie label, they’ll have their three or four artists who have sold a lot of records. They will make up for other ones who are more of a labour of love.

Inception: Jon Bartlett was just 18 when he started Kelp Records. “I read an article by Dave Clark, who used to play in the Rheos,” he says. “I wrote him a letter, and he wrote me back and said, ‘All you need to have your own label is a name and address, and you go from there.'”

Anniversary specials: The Kelp 20 reissue series: Andrew Vincent & the Pirates: I Love The Modern Way (2003) and Andy Swan: Ottawa (2007) – both on vinyl for the first time.

We spoke to: Jon Bartlett, founder, member of Rhume

What were your first big breaks?

“The Acorn [before they moved to Paper Bag]. And Feist opened for Andrew Vincent at his album launch in 1998, which I still think is so funny.”

“It’s a crazy pursuit for crazy people. You have to evolve with the times and figure out what works: the label is becoming a smaller part of the overall picture at Kelp since we’ve grown into management and running events as well.”

*If that isn’t enough indie label anniversary craziness, mark your calendar: Hamilton’s Hidden Pony Records is celebrating its fifth birthday with a show June 20 at the Horseshoe featuring Rah Rah, Royal Tusk, Odds and the Danks as part of NXNE.