Trouble bubbles in oil and rubble

The official go-ahead on Line 9 leaves a litany of liability concerns around water crossing, health issues and old pipes 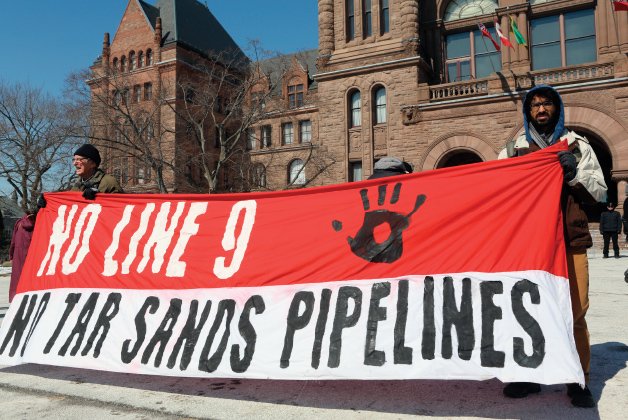 Enbridge Line 9|Whats in the pipes? 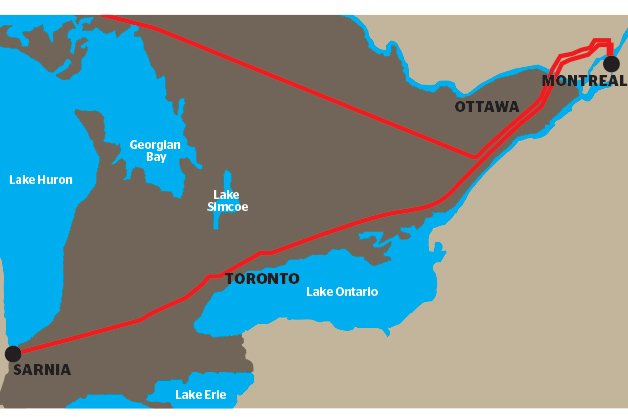 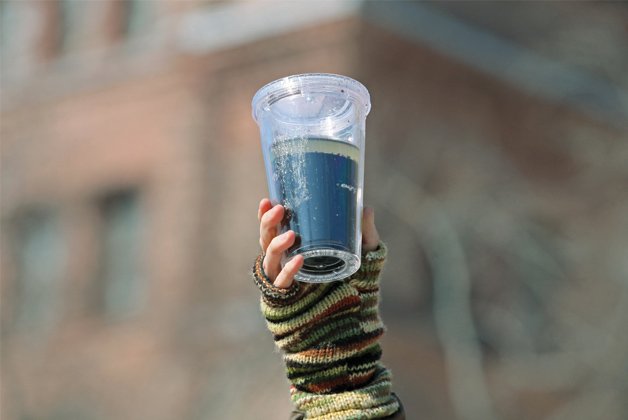 The green light from the National Energy Board means Line 9 can pump 300,000 barrels a day through a 38-year-old pipeline. Residents along the route stretching from Sarnia to Montreal protested that decision at Queen’s Park on Friday, March 7.

The NEB’s approval a day earlier was never in doubt, but environmentalists, affected First Nations and residents living near the line say the dozens of stipulations the NEB attached to the approval fall short. They raise liability concerns and water protection and safety issues related to an aged pipeline carrying heavy tar sands crude.

The line has pumped conventional crude but is now approved to transport more volatile crude from Alberta and North Dakota eastward to refineries in Quebec. Environmentalists argued at hearings last year that the more abrasive crude also raises risks of ruptures and leaks along the line.

Environmental Defence climate program manager Adam Scott says the conditions imposed on Enbridge are merely procedural and do little more than “create a paper trail that consists largely of check-boxes where all Enbridge has to do is self-police.”

Scott says the regulatory system in Canada is “completely broken.”

The 158-page decision document requires the company file reports detailing procedures with the NEB before work can begin on specific components and sections of the pipeline.

Line 9 either crosses or runs under many rivers in Ontario and Quebec, including the St. Clair, Rivière des Milles Îles, Rivière des Prairies, the Ottawa River, the Niagara, the Don, the Humber and Rouge.

Enbridge must also submit a watercourse-crossing management plan outlining risks and planned actions in the event of a spill.

According to Scott, almost all NEB decisions look like this.

“That would be the only real way to determine if this pipeline is safe,” says Scott. “But [the NEB] very explicitly stated that a hydrostatic test is not required.”

The data provided is largely from earlier reporting.

“Enbridge got its way on everything,” says Scott, adding that the 18-month consultation process and expert evidence submitted amounted to little more than extra paperwork for Enbridge.

Enbridge argued that its inspection technology will detect cracks, but Scott says numerous pipeline failures in recent years, including 35 leaks on Line 9 alone and a 2010 spill into the Kalamazoo River in Michigan, prove the technology is not up to the job.

Line 9 is insured for $685 million yearly, but the Kalamazoo River cleanup cost over $1 billion.

“There’ve been no modelling studies to predict a flow in the event of a rupture,” she says.

In a conference call with reporters, NEB spokesperson Carole Léger-Kubeczek confirmed that the decision is final and does not require further governmental approval. The only avenue open to opponents is an appeal in federal court.

Kubeczek added that Enbridge has one year to complete the reversal and seek the board’s permission to open the line for operation.

According to Enbridge’s report, the project will create three permanent jobs and may require 40 temporary constructions jobs with direct and indirect economic benefits of $350 million.

“We have the right to stand up for our land. We will ensure that this [project] will not happen.”

Vanessa Gray of the Aamjiwnaang First Nation, near Sarnia

“It is the province’s responsibility to protect source water, to protect species and to protect Ontarians from harm. We know we are currently in harm’s way with this decision.”

“There’ve been no modelling studies to predict a flow in the event of a rupture.”

What’s in the pipes?

It’s at least 50% more likely to sink in water