Trouble In The Camera Club: The best kind of book launch

Punk book launch a glance back at Toronto in the 70s 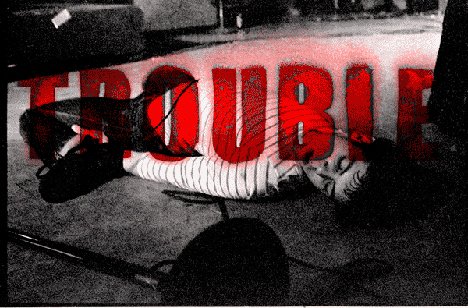 Packed with well-wishing punks and legends of the scene, musician/producer/photographer Don Pyle launched his new photography book of Toronto’s early punk scene, Trouble In The Camera Club (ECW Press), at the Garrison on Thursday.

Produced in conjunction with This Is Not A Reading Series, the night was definitely more dynamic than your average book launch.

The night started with the Out-Of-Focus Talking Slide Show, a look at Pyle’s photos – some from the book and others that complemented those chosen for print.

While those at the back of the room might have had difficulty hearing Pyle’s anecdotes, those up front were charmed by his stories and discussion of growing up in 70s Toronto surrounded by creative – and, sometimes, self-destructive – people.

For anyone not in desperate need of some fresh air, the next part of the night was a brief Q&A with Treat Me Like Dirt author Liz Worth. Again, Pyle proved his story telling abilities, leaving us with a vivid tale of stealing a leather jacket off the back of a motorcycle, only to find it was covered in vomit. Yes, he still wore it.

The second half of the evening was devoted to music, with The Ugly kicking things off. With singer Greg Dick replacing original vocalist Mike Nightmare (who died in 1997), the band might’ve looked a little older than when they first sang Just One Foot In The Gutter, but they were tight, lean and seemed far more dangerous than bands half their age.

Ending the night was a short set of classics from the Toronto bands covered in the book. The Sadies’ Dallas Good, Mike Belitsky and Sean Dean provided the backing for singers including Fifth Column’s Caroline Azar, Brutal Knights’ Nick Flanagan and Damian Abraham, who tried bouncing a pint glass off his forehead only to have it shatter and leave him in need of stitches. Among the highlights of this set was Pyle himself singing songs from his first band Crash Kills Five, and a guest appearance by Teenage Head’s Gord Lewis.