Tig, Kristina Goolsby and Ashley Yorks documentary about comedian Tig Notaros battle with breast cancer which she announced to. 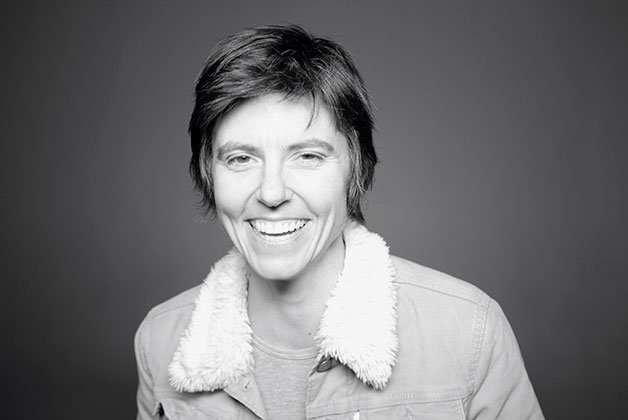 Tig, Kristina Goolsby and Ashley Yorks documentary about comedian Tig Notaros battle with breast cancer which she announced to the world in a revelatory Los Angeles stand-up set will open the 22nd Hot Docs film festival next month.

Notaro and the filmmakers will be in attendance for the premiere, and Notaro will discuss the movie and her life following a Big Ideas event screening the next night. Sponsored by Scotiabank, the Big Ideas series will also spotlight Danny, about Danny Williams, the former Premier of Newfoundland and Labrador Deep Web, actor/documentarian Alex Winters look at Ross Ulbricht, alleged founder of the online black market called the Silk Road Sweet Micky For President, which looks at Pras Michels political activism in Haiti, and Out To Win, about queer athletes around the world.

And while its not getting a Big Ideas slot, the fact that soul legend Mavis Staples is expected to attend the Toronto premiere of Jessica Edwardss Mavis! and perhaps stick around for the free outdoor screening with live music later in the week.

Other high-profile events at the international documentary festival include a special In Conversation session with legendary filmmaker Frederick Wiseman (Titicut Follies, High School, National Gallery) and longtime collaborator Karen Konick the DOCX Virtual Reality Showcase, a free installation at U of Ts Isabel Bader Theatre, and a live event launching the final chapter of the Highrise urban-living documentary project, Universe Within.

The Screen On Screen series assembles documentaries about the movies. Listen To Me Marlon uses Marlon Brandos personal audio memoirs to construct a stylized autobiography Raiders! tells the story of two young friends who set out to make a shot-for-shot remake of Steven Spielbergs Raiders Of The Lost Ark in 1982. Adam Benzines Lanzmann marks the 30th anniversary of Claude Lanzmanns epic Holocaust documentary Shoah by letting the filmmaker discuss the psychic toll its making took upon him, while Boris Nicots Filming Obstinately, Meeting Patricio Guzman frames that legendary filmmaker against his greatest legacy, capturing the political convulsions of his beloved Chile.

Guzman, who receives this this years Outstanding Achievement Award, will also be celebrated with a retrospective of his work, including his astonishing five-hour doc The Battle Of Chile, a landmark of 70s documentary cinema, and 2010s splendid Nostalgia For The Light.

Montreal director Carole Laganiere gets this years Focus On spotlight, with screenings of select works including East End Kids, The Moon And The Violin and The Fiancee Of Life.

The cutting-edge Next program includes Robert Gordon and Morgan Nevilles Best Of Enemies, about the symbiotic relationship between left- and right-wing cultural figureheads Gore Vidal and William F. Buckley David Shapiros Missing People, about a woman researching her brothers murder and the life of a New Orleans artist, and Love Between The Covers, Laurie Kahns inquiry into romance fiction,

Luc Chamberlands Seths Dominion is the result of eight years with Gregory Gallant, better known as the cartoonist Seth Mitch Dickmans Rolling Papers follows the Denver Posts creation of a marijuana-editor position in the wake of Colorados legalization of marijuana. Stay Awhile looks at the Canadian 70s pop group The Bells, and How To Smell A Rose: A Visit With Ricky Leacock In Normandy, the latest from documentarian Les Blank and his frequent collaborator Gina Leibrecht.

And among the strange and unusual offerings in this years Nightvision series, Torontonians will have their first chance to see The Nightmare, Rodney Aschers highly buzzed documentary about the phenomenon of sleep paralysis Marjorie Sturms The Cult Of JT Leroy, which explores the mysterious rise of the bad-boy author Bryan Carberry and Clay Tweeds Finders Keepers, about a man who buys the contents of a storage locker and winds up in possession of a human foot, and Danish director Michael Madsens The Visit, about the governmental protocols in place for extraterrestrial contact.

This is just a taste, mind you. A total of 210 shorts and features will be screened. Tickets and passes are available to purchase online, or in person at the CraveTV Hot Docs Box Office in the Cumberland Terrace.