The controversial Scarborough subway extension has moved a step forward.At its meeting on Wednesday, the TTC board voted unanimously to. 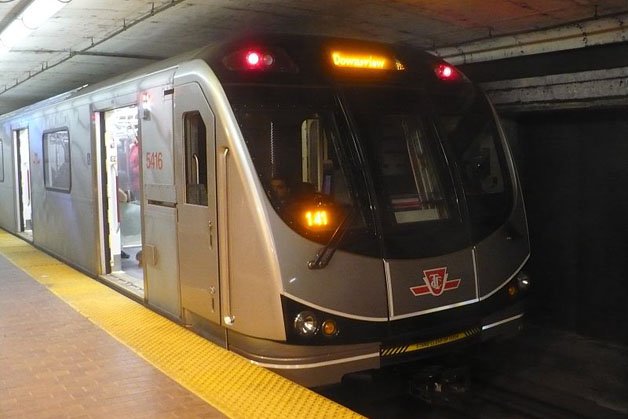 The controversial Scarborough subway extension has moved a step forward.

At its meeting on Wednesday, the TTC board voted unanimously to award the $80-million, 10-year contract for managing the transit project to Scarborough Link Joint Venture, a consortium of transit and development firms.

SLJV will guide the subway construction to completion and have many vital responsibilities. They include controlling the scope and budget of the project, setting schedules, acquiring property, issuing permits, coordinating road closures, and reviewing subway designs.

Commissioners approved the contract despite objections from Councillor Josh Matlow, who wrote a letter urging the TTC to defer the issue, arguing that it was “premature” to hire a company to manage the subway construction when the city has yet to complete an environmental assessment of the extension.

That study is expected to be completed next year. Matlow warned that it might conclude that Mayor John Tory’s planned SmartTrack line which would run along the GO rail corridor just west of the Scarborough subway could undermine ridership projections for the extension and render it redundant.

“The city and the TTC don’t know how many people will ride the Scarborough subway, how much it will cost, or even where it’s going,” Matlow wrote, adding, “This information should be required prior to moving forward with an infrastructure project of this expense.”

But Councillor Glenn De Baeremaeker, who is one of the subway’s biggest boosters it will run through his ward fired back at Matlow, accusing him of “delay tactics.”

De Baeremaeker told the board that while Matlow has advocated for a Downtown Relief Line, “for people who live east of Victoria Park, he has done everything he can to stop us from getting [underground transit].”

Holding up Matlow’s letter, De Baeremaker said he planned to “throw this in the garbage where it belongs.”

TTC CEO Andy Byford also supported awarding of the contract. He told the board that it’s important to assemble a project management team early in order to hit the ground running once the environmental assessment is done.

“If you don’t, what you are doing is incurring delay at the start that will almost certainly have a knock-on both financially and in terms of schedule,” he told the board.

Byford said that even without final plans for the subway, the project team could get working on tasks like designing the tunnels. He stressed that the contract does not commit the city to paying the full $80 million – that figure is only the maximum the city could be billed. He told reporters the contract included “escape clauses” which the could get the city off the hook at minimum cost if plans for Scarborough transit change.

At the same meeting, the board also approved changes to the TTC’s fare inspection program. A new pilot project will see only some of the inspectors carry batons and handcuffs, after some councillors raised questions about equipping the employees with weapons. The board also voted to examine more “customer-friendly” clothing for the inspectors, who currently wear police-style uniforms.

Councillor Joe Mihevc, who moved the motion on batons and uniforms, says it was his intention to reshape the inspectors’ image to make them less intimidating and lower the risk of a violent confrontation with customers.

Byford agreed to study the pilot, but he told reporters after the vote that he isn’t supportive. He says the TTC considers the batons defensive weapons that keep inspectors safe.

“I really am very concerned at any proposal that says we should send these fare inspectors out without any personal protective equipment,” he says.