If one of your New Years resolutions was to try and save more money in 2016, that might not happen. 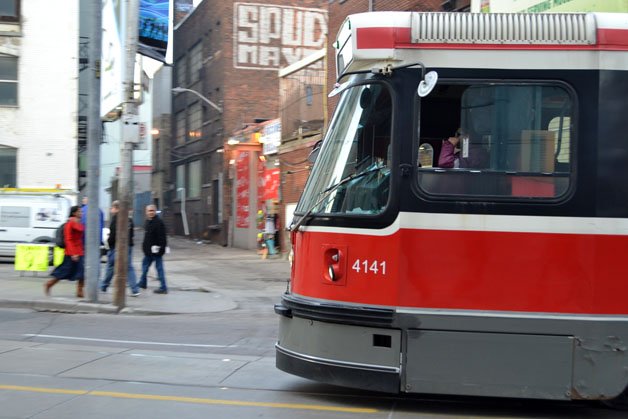 If one of your New Years resolutions was to try and save more money in 2016, that might not happen if you take transit.

The latest TTC fare increase comes less than a year after the last fare hike. In March 2015, the price of a TTC token went from $2.70 to $2.80. At the time, cash fares stayed consistent.

This year, Metropass users were spared. The cost for a Metropass remains at $141.50 after increasing by nearly $8 in 2015. This will be the final year Metropasses are sold as the TTC makes way for the new PRESTO fare card. While $141.50 might seem like a reasonable price for unlimited TTC travel per month, keep in mind that when the Metropass was introduced in 1980, it was just $26.

In the 13 months John Tory has been mayor, weve seen two transit fare hikes. Considering Tory took a strong stance on TTC fare freezes before he took office, its no wonder Torontonians who depend on transit are upset. Heres a sampling of reactions on Twitter below.

I thought you said you weren’t gonna raise the TTC fare @JohnTory
It’s hard enough for us to live in this city….

Our last mayor said he didn’t use crack cocaine.

How can the #TTC raise the fare, when the Service is so shit?

Seriously #TTC ? Your gonna raise fare to $3.25 ? Like fucking improve your services before scamming us for our hard earned money

The increased cost to ride the TTC comes on the heels of UberHops launch in December 2015. A week after Toronto taxi drivers protested Ubers operational legality, the rideshare app introduced UberHop, which is directed at rush hour commuters. Currently, people who reside in Liberty Village, Fort York, CityPlace and the Distillery District can receive a ride to the financial district on weekdays for a flat fee of $4.50. This new program undoubtably seems enticing considering the over-crowded streetcars and buses during rush hour.

Meanwhile, the Toronto Taxi Alliance is hoping to win back customers in 2016 by focusing on improving customer service this year.