NOW MagazineNewsTTC hasn’t given up on Scarborough LRT

TTC hasn’t given up on Scarborough LRT 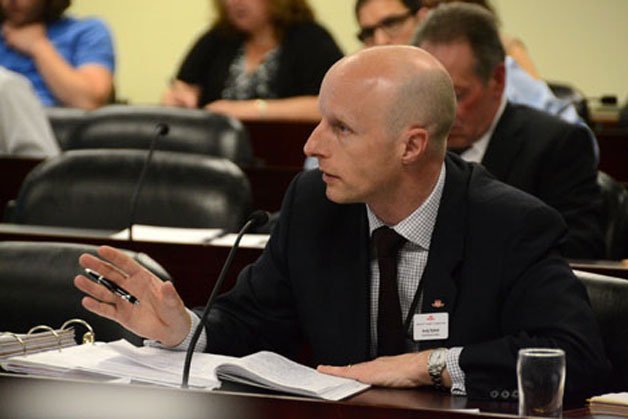 The TTC is keeping the door open to building a Scarborough LRT, despite council’s approval last year of a subway for the eastern suburb.

After months of contentious debate, council voted in October to extend the Bloor-Danforth subway into Scarborough. However, with two mainstream mayoral candidates including current frontrunner Olivia Chow promising to scrap that plan and build light rail instead, the controversial project has become a major issue in the upcoming municipal election.

Ahead of a meeting of the TTC board on Wednesday, the commission’s CEO Andy Byford told reporters that “given the potential uncertainty” around the mayor’s race, the agency is concentrating on preliminary work that could apply to either subway or light rail. He suggested the TTC is reluctant to spend tax dollars on a subway line that could be cancelled depending on who wins the October 27 vote.

“What we’re trying to avoid is wasting money. So whether it were an LRT or a subway there’s certain things that you would have to do anyway by way of preparatory work,” he said. “We’re proceeding with work that needs to be done regardless of the mode.”

Byford insisted that the TTC isn’t doing anything that could delay the delivery of the council-approved subway.

“We have very clear direction from city council. That is, until further notice a subway will be built through to Scarborough. We are proceeding on that basis,” he said.

Byford wouldn’t elaborate on what kind of work the TTC is doing that would be applicable to both projects, but commission spokesperson Brad Ross explained that the agency is ensuring the staff and project management office it is assembling could work on either light rail or subway.

Ross also said the TTC isn’t spending money on the Scarborough project as quickly as it otherwise would while stressing that doing so has not delayed the subway.

Byford’s unexpected remarks are the latest curveball in the Scarborough transit debate. In February 2012 council approved a light rail plan, but last year reversed course and opted for a subway instead. Cancelling the LRT cost at least $80 million in sunk expenditures. As part of the 2014 budget council allocated $14.5 million to the underground rail plan this year.

Despite council’s subway decision, the earlier LRT agreement remains on the books. The city, TTC, and provincial transit agency Metrolinx have yet to negotiate a new deal for a subway. Asked Wednesday if Metrolinx intends to seal the subway agreement before the election, agency spokesperson Anne Marie Aikins said there was no timeline for its completion.

Chow’s campaign was quick to jump on Byford’s comments, claiming them as proof that “above-ground rail is doable.”

“The studies are done, the environmental assessment is complete and construction can begin next year,” said Jamey Heath, Chow’s spokesperson, in an email.

Supriya Dwivedi, a spokesperson for candidate David Soknacki, who also supports light rail, said subway proponents have been claiming the project is “a done deal, but it’s clear that it’s not.”

Both candidates argue that the above-ground plan is the better option because it would have four more stops and serve thousands more people than the subway. They also criticize the 30-year, 1.6-per-cent tax increase that would pay for the city’s $1-billion contribution to the $3.6-billion underground line.

Some LRT supporters weren’t pleased with Byford’s statements, however. Councillor Denzil Minnan-Wong voted for light rail in October, but he worried that the TTC head might not be fully committed to carrying out council’s orders.

“Council made a decision, and whether Mr. Byford likes it or not he has to abide by that decision,” said Minnan-Wong. “He doesn’t get to decide whatever he wants to do.”

“We’ve already had four years of fighting over this, and it’s time to move forward. It’s very important we get shovels in the ground, and the way that we do that is by sticking to a plan,” she said in a written statement.

After hearing of Byford’s remarks Mayor Rob Ford, a vocal proponent of the subway plan, emerged from his office holding a letter from Federal Infrastructure Minister Denis Lebel reaffirming the Conservative government’s $660-million funding commitment to an underground line for Scarborough.

“No LRTs are going to go to Scarborough, period. This is a done deal. This is from the minister,” the mayor said, waving the April 28 letter. “I don’t know what more I have to say.”

Ford said he supports Byford in general, but is “pretty frustrated with him right now.”

“If he’s going a different direction than what council approved, I think we’ve got a problem on our hands.”

The mayor reiterated his support for the Scarborough underground rail line, as well as for subways on Sheppard and Finch (both of which are slated for LRT), and the downtown relief line. He said he would increase property taxes by .25 per cent to pay the city’s share of the Sheppard line, and ask the federal and provincial governments to fund the rest, with help from the private sector.

A .25 per cent hike would only raise about $6 million a year, however. The Sheppard line would cost much more than that – at least $2.7 billion.